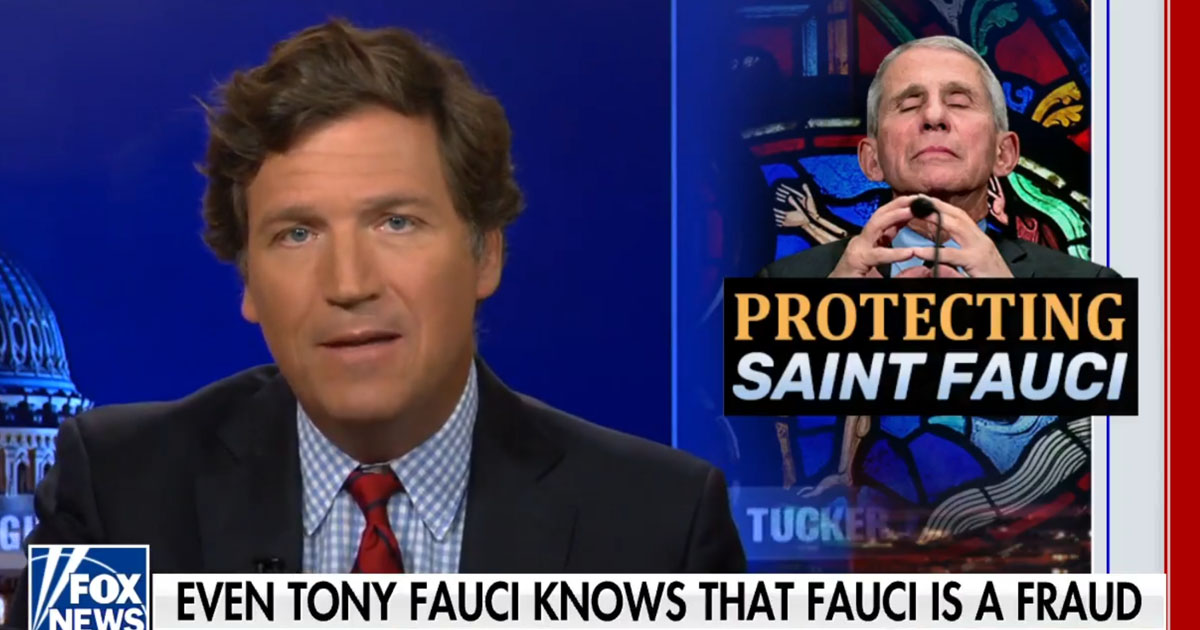 Fox News host Tucker Carlson suggested this week that Tony Fauci is stepping down from his roles as NAID director and presidential medical advisor in order to avoid questions about his behavior from a potentially GOP-controlled Congress following the 2022 midterm elections.

“The next chapter of his career? He’s only 81,” Carlson said. “Some of us had hoped he’d be around another 40 years, but he’s leaving so soon, too soon. Why? What’s going on here? You hate to think politics could affect Tony Fauci’s judgment as a scientist.”

“They never have before, but is it possible this thoroughly nonpartisan man of medicine has thought about what might happen in November when the Republican Congress takes over? Does he believe that could be bad news for him?” Carlson asked. “Well, yes, it is possible he believes that because on some level, even Tony Fauci knows that Tony Fauci is, in fact, a dangerous fraud, a man who has done things that in most countries, at most times in history, would be understood perfectly clearly to be very serious crimes.”

Carlson added, “So, it’s possible that Tony Fauci might want to resign before he has to explain all of that to a new Congress.”

“He might want to get out of town now and move to, say, Cambridge, find a safe place to hide before the reckoning,” the Fox News host continued. “Just a thought because honestly, there’s a lot to answer for.”

“In just the last two years, Fauci’s recommended treatments and preventative measures for COVID that not only didn’t work, but that he knew didn’t work,” Carlson said. “He admitted to the New York Times that he lied about herd immunity in order to sell more vaccines, which also didn’t work, which weren’t even actually vaccines, but they did hurt a lot of people, tens of thousands.”