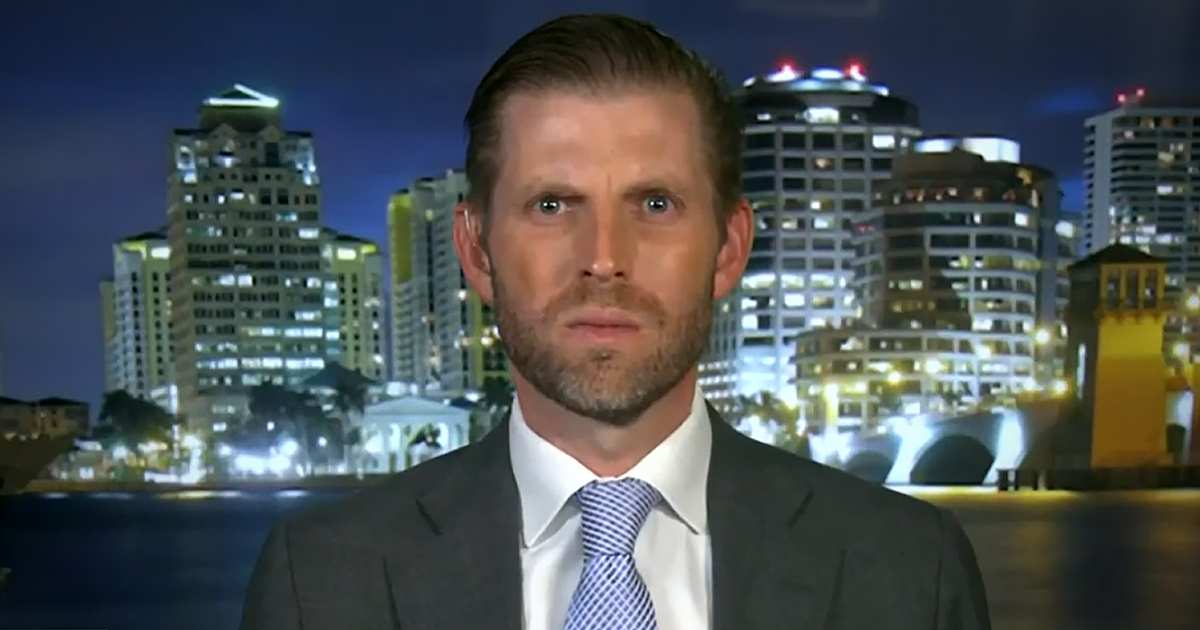 Eric Trump, the second son of 45th President Donald Trump, told Fox News that his father may soon release the security camera footage from the FBI’s raid on his Mar-a-Lago home and resort.

Early reports following the raid on Trump’s home indicated that FBI agents asked Trump’s lawyers to turn off security cameras covering the property as they searched, and that the Trump family refused and instead used the closed circuit TV to watch the raid from New York. Now, Eric Trump says footage from the raid may become public.

Eric Trump confirmed the tape’s existence – and his family’s willingness to release it – to Sean Hannity last night.

“You still have the surveillance tape. Is that correct?” Hannity asked, “Are you allowed to share that with this country?”

Eric Trump was the first member of Trump’s family to arrive at the property when the raid began, and was later joined by lawyers who were reportedly briefly flashed the warrant and then told to leave the property and turn off cameras.

The unorthodox nature of the event led Eric Trump to declare it a “fishing expedition” meant to generate headlines for Democrats going into difficult midterm elections.

“They pulled the warrant on Friday, they didn’t actually execute the warrant until Monday,” said Trump. “When I hear about these nonsense speculations about nuclear codes, so FBI agents were so busy on a weekend, that over nuclear codes, they waited four days? It’s nonsense.”

Trump compared the FBI’s raid and ensuing media response to the proven false media narrative suggesting the Trump family had untold ties to Russia and exploited these ties to win the 2016 election.

“We’re 90 days out from the midterms,” noted Trump. “The timing is not surprising, and it’s backfiring on these people.”