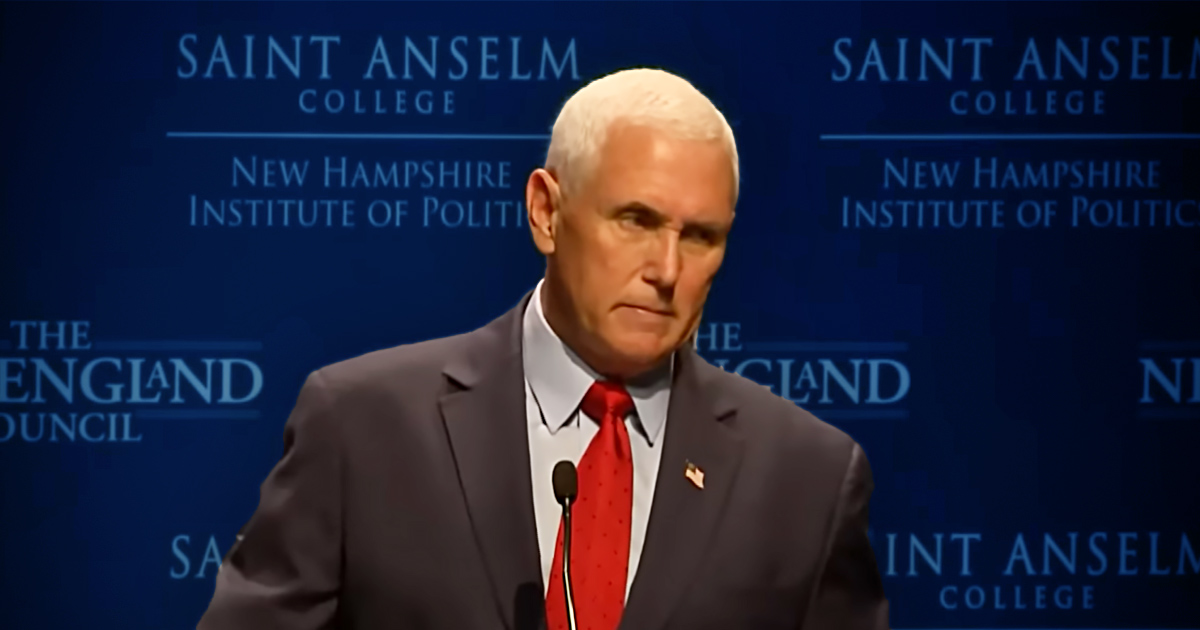 Former vice president Mike Pence has attacked Republicans who have called for the dismantlement or defunding of the FBI, and said he would testify at the January 6 Committee.

Since the FBI raid on 45th President Donald Trump’s Mar-A-Lago residents, a number of Republicans and conservatives have attacked the federal institution as simply another arm of the globalist deep state, and called to either defund it, or dismantle it completely, including Reps. Paul Gosar and Marjorie Taylor Greene.

End political persecution and hold those accountable that abuse their positions of power to persecute their political enemies, while ruining our country.

This shouldn’t happen in America.

Republicans must force it to stop!

Greene, who has also filed articles of impeachment against Attorney General Merrick Garland, co-sponsored by Gosar, denounced the “political persecution” of Trump perpetuated by the FBI and other institutions.

At a “politics and eggs” event in New Hampshire on Wednesday, Mike Pence was quick to attack his “fellow Republicans” for daring to push back against what they saw as clear political attacks against the former president from the FBI.

“We can hold the Attorney General accountable for the decision he made, without attacking the rank-and-file law enforcement personnel at the FBI,” Pence declared. “The Republican Party is the party of law and order. Our party stands with the men and women who serve on the thin blue line at the federal and state and local level, and these attacks on the FBI must stop.”

Pence went on to claim that “calls to defund the FBI are just as wrong as calls to defund the police.” He told the audience that what the American people needed most was to be “reassured in the integrity of our justice system,” and that the Justice Department needs “transparency.”

The former vice president then revealed that if there was “an invitation to participate” in hearings heald by the January 6 Congressional Committee, then he would “consider” attending. He warned that it would be “unprecedented in history” for a former vice president to “be summoned to testify on Capitol Hill.”

A spokesman for the Committee refused to comment on Pence’s remarks, the New York Times reported.