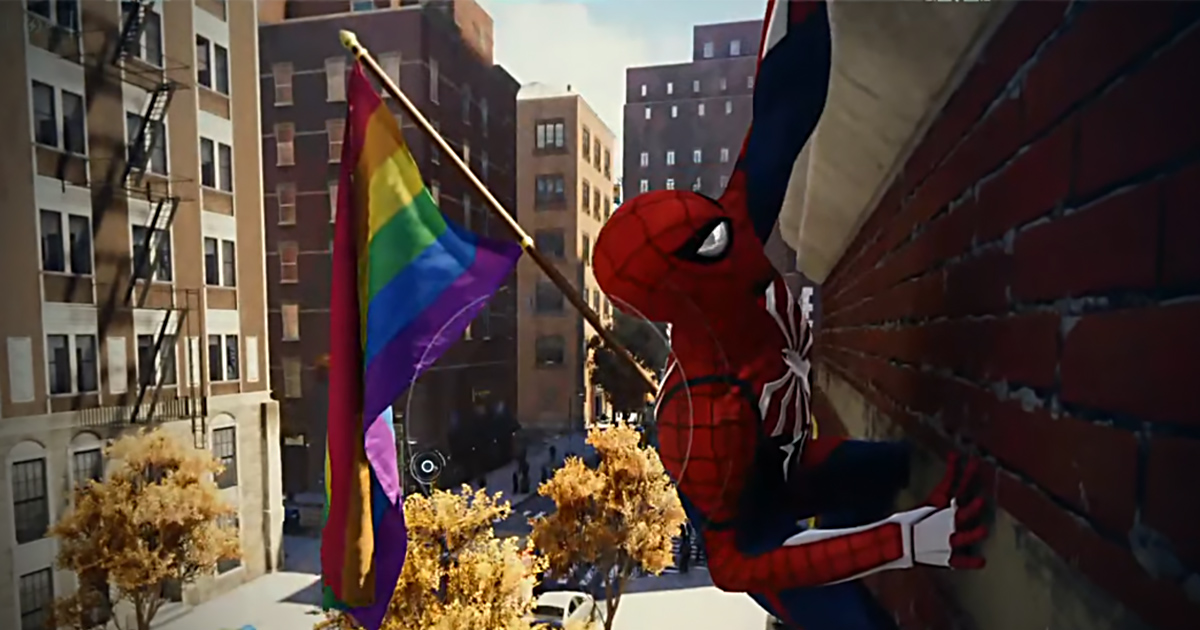 A community generated mod that replaced LGBT flags with the Stars and Stripes in the new Spider-Man video game has been removed from Nexus Mods, the leading video game community for modders, which also banned the mod’s creator.

Spider-Man Remastered, an updated version of the 2019 PS4 game, was released on PC this week, with gamers jumping on the opportunity to change and fiddle around with the game to their heart’s content for the first time.

One mod, released on the popular modding platform Nexus Mods by a user known only as “Mike Hawk,” was entitled “Non-Newtonian New York,”  and was designed to replace LGBT flags, which the modder referred to as “Newton’s Prism’s artifacts,” within the game with the Stars and Stripes instead.

The LGBT flags had been included in the original release of Spider-Man, and received praise from gay commentators online for its “inclusivity.” It is unclear exactly as to how many times the rainbow flag or its equivalent, and the flag of the United States, appears in the game each.

Wow. I stopped to perch on a building in #Spidermanps4 and looked over and saw this.

Thinking about all the 12-year-old kids who will be playing this game and seeing this in towns where it's not safe to put that flag up. pic.twitter.com/QGr1Q7QrxZ

Pink News declared in 2018 that LGBT Pride flags were “everywhere” in the virtual environment. On the other hand, the LGBT outlet claimed the Stars and Stripes are seen “at least eight” times, while Games Radar reports they appear only when “appropriate, including the line of flags outside the UN building.”

Unsurprisingly, some people considered the flags to be unwanted political propaganda, and may have got “tired of Sir Isaac shoving his fancy light show in your face everywhere,” as the creator of the mod cheekily suggests.

After the comments section of the mod erupted into a firestorm from both sides of the aisle, Nexus Mods clamped down on the “silly drama” that was the creation of the Non-Newtonian New York mod, and removed it from their site completely, banning the creator in the process.

Robin Scott, the founder and director of the site, declared in a community news update that the mod creator had both the “Mike Hawk” sockpuppet account and his original account banned, because they had acted like a “coward” in making what was obviously a “troll mod.”

According to the file submission guidelines at Nexus, “content that may be generally construed as provocative, divisive, objectionable, discriminatory, or abusive toward any real-world individual or group, may be subject to moderation,” but such content would be tolerated if the issues are “handled in a tasteful, respectful, and non-inflammatory manner.”

Scott stated clearly that Nexus Mods would automatically remove any mod on the site that was made with the intent “to deliberately be against inclusivity and/or diversity,” and that as a private business, they had the right to choose what they wanted to host on the platform.

“We don’t want to and won’t argue this with you,” he continued. “We’ve now explained our stance and we won’t be providing a platform for you to distort our position in order to feed an irrational and paranoid narrative. You can do that elsewhere, where we won’t care enough to read it.”

He concluded the update with telling any gamer who was upset at the removal of the mod to delete their account, “and move on, as we will.”