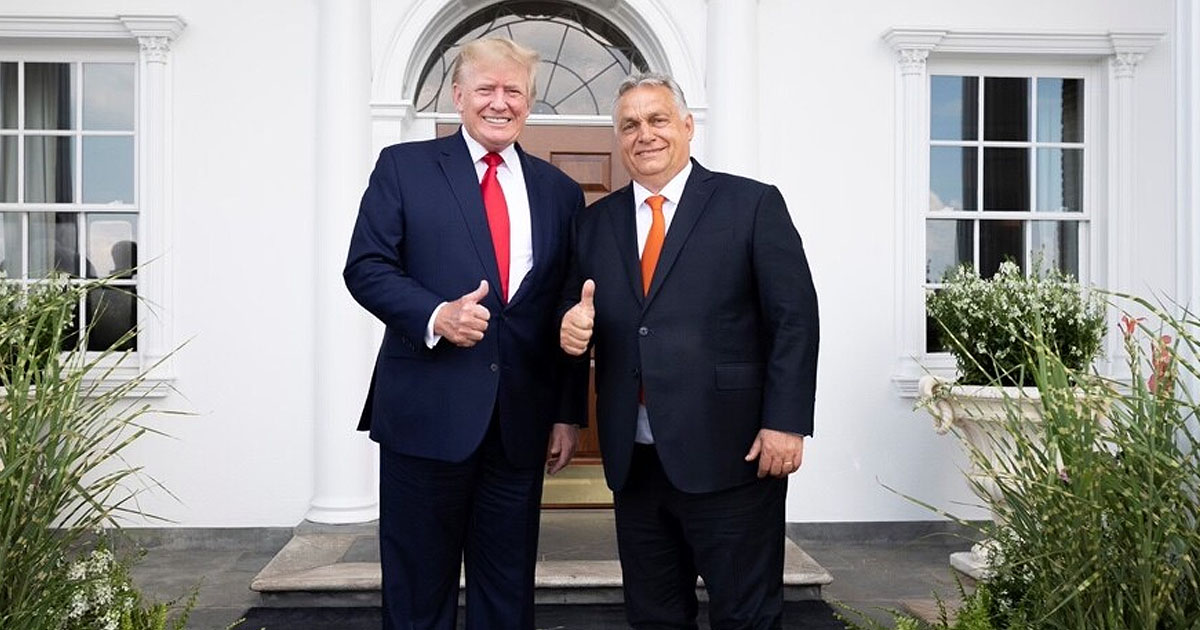 “Great spending time with my friend, Viktor Orbán, the Prime Minister of Hungary,” Trump wrote in a post on his website Truth Social. “We discussed many interesting topics—few people know as much about what is going on in the world today. We were also celebrating his great electoral victory in April.”

Business Insider reportedly viewed a statement from Trump’s save America PAC that stated, “Viktor Orban of Hungary truly loves his Country and wants safety for his people.”

“He has done a powerful and wonderful job in protecting Hungary, stopping illegal immigration, creating jobs, trade, and should be allowed to continue to do so in the upcoming Election,” the statement noted.

After winning a supermajority in the Hungarian general election in April, Orban said that he had won a victory over the left, the media, EU bureaucrats, George Soros, and Ukrainian President Zelensky.

Orban, whose populist right Fidesz party won 135 of 199 seats in the Hungarian Parliament, his fourth election victory in a row, said during his acceptance speech that the win was “so big” that it could be seen from the moon, “and definitely from Brussels,” referring to the home city of the EU administration.

The Hungarian PM declared that he had had to fight an “overwhelming” force of various enemies: “the left at home, the international left, the Brussels bureaucrats, the Soros empire with all its money, the international mainstream media, and in the end even the Ukrainian president.”

“The whole world has seen tonight in Budapest that Christian democratic politics, conservative civic politics, and patriotic politics have won,” Orban continued. “We are telling Europe that this is not the past, this is the future. This will be our common European future.”