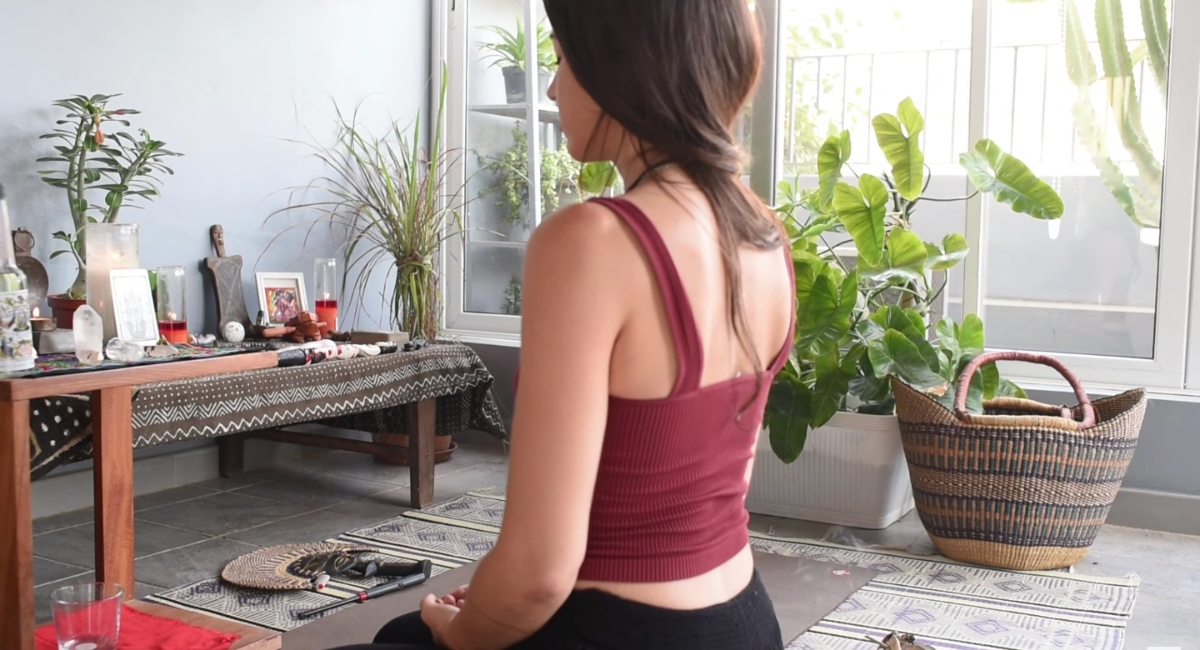 A woman running a website and YouTube channel called “Self Guided Abortion” released a video in October 2021 instructing viewers on how to conduct a spiritual abortion ritual that involves putting the remains of an aborted fetus in a “sacred container” and kneeling before an altar.

The YouTube video was unearthed by independent journalist Drew Hernandez, who described it as a “death cult” on Twitter.

“A woman teaches how to build an altar for a post abortion, which includes a container for the remains of the baby after being aborted and the abortion pills on the altar,” wrote Hernandez. “She ends the DIY video by kneeling before the altar.”

DEATH CULT: A woman teaches how to build an altar for a post abortion, which includes a container for the remains of the baby after being aborted and the abortion pills on the altar, she ends the DYI video by kneeling before the altar, not satire

The ritual, according to the woman, is designed to create a “sacred container” of dead aborted baby remains “where you can return to whenever you want” and is a “beautiful way to just give reverence to the experience and just hold the experience in a really sacred way.”

The woman then places two lit candles, various crystals, an “empress tarot card,” and a picture of the Blessed Mother on top of her altar. She also includes abortion pills, which she spiritually “blessed” with sage smoke.

After the ritualistic abortion takes place, the woman instructs viewers to kneel before the altar and glass of dead fetal remains.

“Once your altar is complete, go ahead and just sit in front of it. Taking a moment to contemplate your experience and the start of the sacred container.”

The woman’s online blog,titled “The Gospels of Lilith,” appears to refer to the “primordial she-demon” derived from ancient Jewish folklore who is “said to rob children of life and is responsible for the deaths of still-born infants and crib deaths.”

She writes that “Creating a ceremonial container around an at-home, self-managed abortion with pills can be an empowering and healing experience. Your ceremony and the level of spirituality within can be tailored personally to your needs and beliefs.”