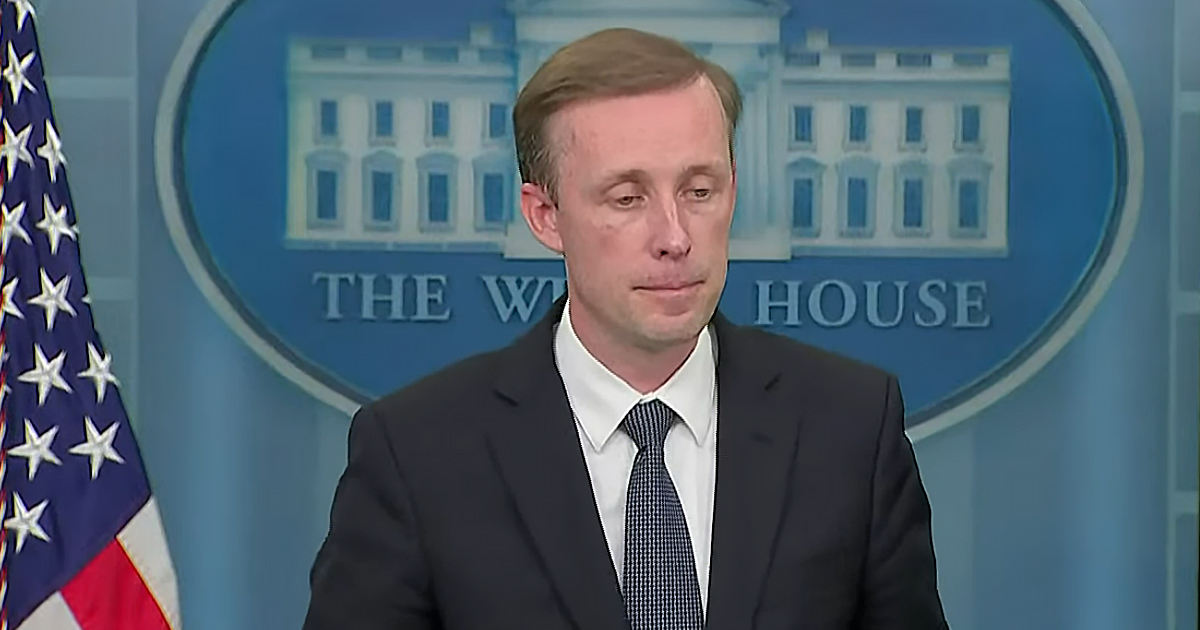 While many believe Russia now aims to achieve significant territorial gains in the eastern part of the country, Sullivan insisted during today’s press conference that “Russia has already substantially failed to achieve its strategic objectives in Ukraine,” which he alleged did not involve securing the Donbass.

Instead, Sullivan claimed that Russia had failed to take Kiev in the early stages of the conflict.

“It’s strategic objective was to take Kiev, the capital, to end Ukraine as a country, to eliminate Ukrainian identity from the map, and to subsume Ukraine to within Russia. They have failed at that,” Sullivan said.

Valiant News reported Saturday that Russia now controls most of the contested Donbass region in Ukraine and is closer to completing their “special military operation” following the Ukrainian withdrawal from the city of Lysychansk. Lysychansk was reportedly Ukraine’s last remaining stronghold in the Luhansk province.

Ukraine’s long series of setbacks in Luhansk signifies a major setback for the Western-backed Eastern European state, as the territory makes up for half of the entirety of the long-contested Donbass region along with the Donetsk province, which is already mostly under Russian control.

Ukrainian President Volodymyr Zelensky acknowledged the defeat in a statement, but vowed his forces would return and continue fighting. He appeared to cite the an influx of foreign aid and weaponry — the majority coming from the United States.

“If the command of our army withdraws people from certain points of the front where the enemy has the greatest fire superiority, in particular this applies to Lysychansk, it means only one thing: We will return thanks to our tactics, thanks to the increase in the supply of modern weapons,” Zelensky said.

In the early weeks of the Russian offensive, Kiev and other Northeastern Ukrainian areas were attacked by Russian forces. Mainstream reports and Western governments insist that this was indicative of a failed Russian attempt at toppling the Ukrainian government. 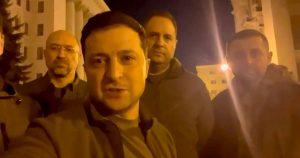 Volodymyr Zelensky and his top advisors record a video outside on February 25, 2022

However, some experts have theorized that Russia’s initial northern attacks were a part of a diversionary tactic to cause Ukraine to dedicate military forces and related resources away from the Donbass, where a majority of the fighting was and continues to be taking place.

Sullivan appeared to downplay the territorial gains and claimed they merely amounted to “some territory.”