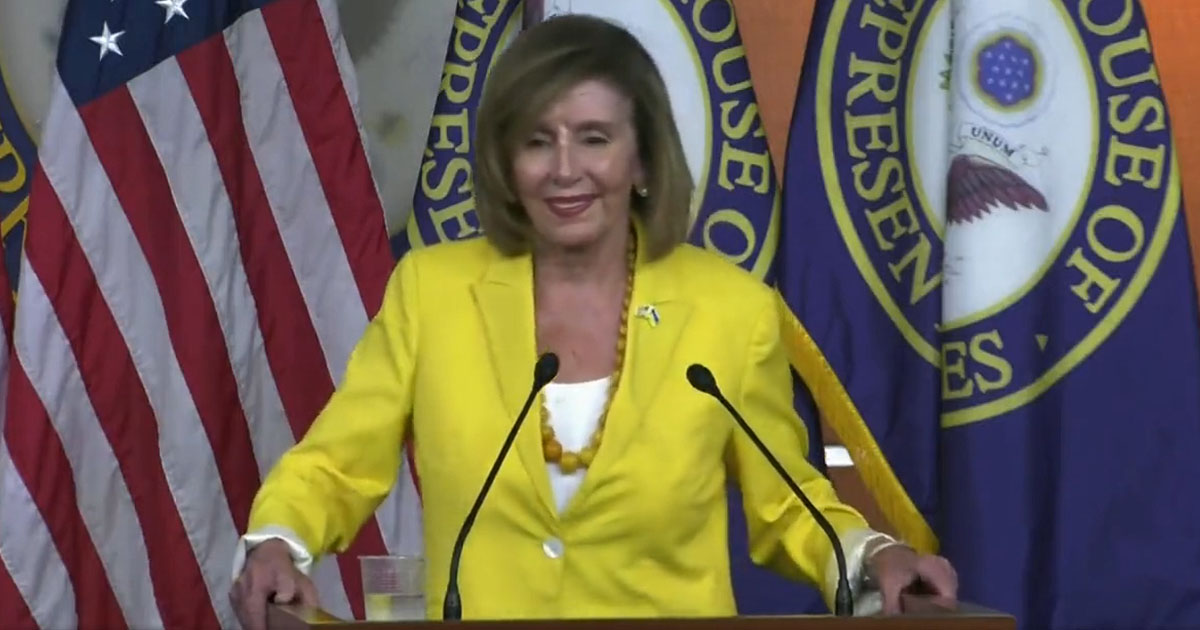 Nancy Pelosi refused to engage fully with a question about whether or not her husband has ever made stock purchases based on information she gained from her position as an elected official.

“Has your husband ever made a stock purchase or sale based on information he’s received from you?”

Pelosi appeared irritated by the question, leaning into the microphone and snapping, “What are you saying?”

“Has your husband ever made a stock purchase or sale based on information he’s received from you?”

Pelosi smirked. “No, absolutely not. Okay, thank you,” she said, hurrying away from the podium.

"Has your husband ever made a stock purchase or sale based on information he's received from you?"

Paul Pelosi, the 82-year-old husband of House Speaker Nancy Pelosi, was charged with driving under the influence of alcohol and causing injury by the Napa County District Attorney’s office in June.

“Today, the Napa County District Attorney’s Office issued a criminal complaint, filing charges against Paul Pelosi based upon an automobile collision and driving under the influence arrest on May 28th,2022,” the law enforcement agency said in a statement. “The collision occurred on State Route 29 and Oakville Cross Road at 10:17 pm.”

The press release stated that “A blood sample was taken from Mr. Pelosi at 12:32 am, and sent to the California Department of Justice for testing. Mr. Pelosi’s blood sample had a .082% blood alcohol content.”

“The charges filed today include Driving Under the Influence of Alcohol Causing Injury and Driving With .08% Blood Alcohol Level or Higher Causing Injury,” the statement continued. “Under California law, these charges can be filed as a misdemeanor or felony. Based upon the extent of the injuries suffered by the victim, the District Attorney filed misdemeanor charges. This decision is consistent with how our office handles these cases with similar injuries.”

The DA’s office noted that the potential sentence could include “up to five years of probation, a minimum of five days in jail, installation of an ignition
interlock device, fines and fees, completion of a court ordered drinking driver class, and other terms as appropriate.”