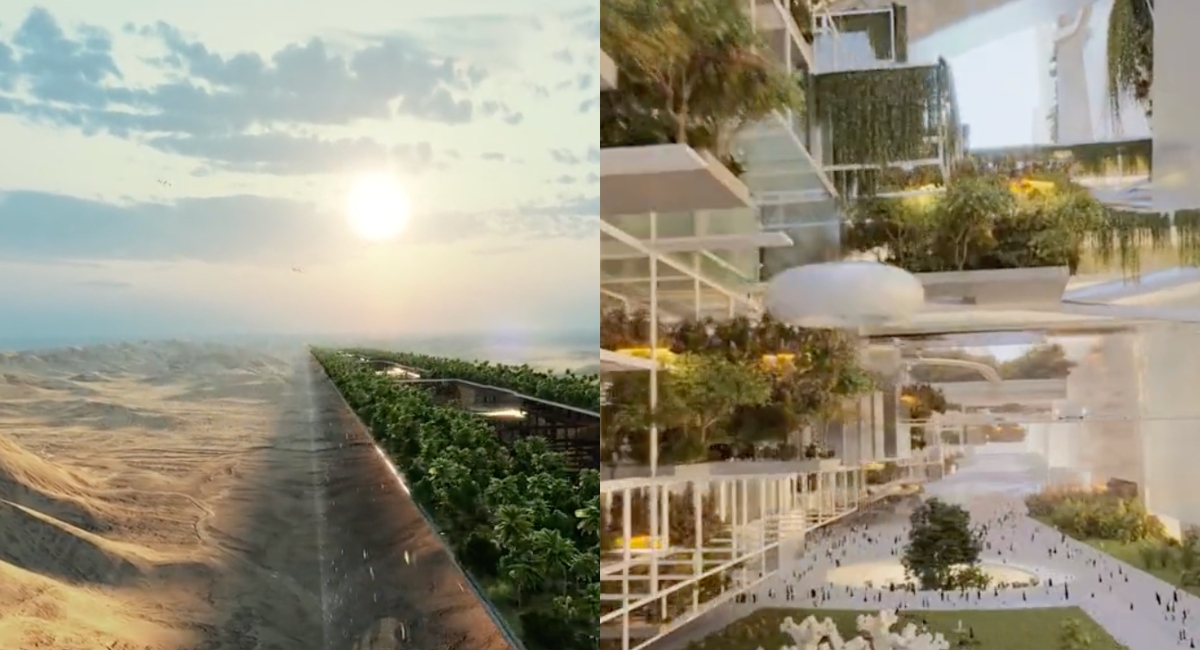 The Kingdom of Saudi Arabia is reportedly developing a strange 106 mile long line-shaped futuristic megastructure called “The Line” that will house up to 9 million people.

According to an announcement by the kingdom’s Crown Prince Mohammed bin Salman, the proposed megacity will be placed in the northwest Gulf country near the Red Sea.

The development is a part of the NEOM project, which released a video advertising The Line on July 25.

Saudi Arabia is planning to build the Mirror Line — two parallel skyscrapers that will stretch for 75 miles over varied terrain — at a cost of up to $1 trillion, or the entire GDP of Indonesia. #SaudiArabia pic.twitter.com/rzpPwI5PIF

“What if we could start again? THE LINE rethinks everything we know about how people live, work and play. A 170 km-long vertical city, designed around people, rather than cars. A revolution in urban living. A city that delivers new wonders for the world,” tweeted NEOM.

“For too long, humanity has existed within dysfunctional and polluted cities that ignore nature. Now, a revolution in civilization is taking place. Imagine a traditional city and consolidating its footprint, designing to protect and enhance nature. ‘The Line’ will be home to 9 million residents and will be built with a footprint of just 34 square kilometers, and we are designing it to provide a healthier, more sustainable quality of life,” the NEOM video goes on to state.

What if we could start again?
THE LINE rethinks everything we know about how people live, work and play. A 170 km-long vertical city, designed around people, rather than cars. A revolution in urban living. A city that delivers new wonders for the world.#TheLINE #NEOM pic.twitter.com/Op6HyO5gEi

“The Line’s communities are organized in three dimensions. Residents have access to all their daily needs within 5-minute walk neighborhoods, and The Line’s infrastructure makes it possible to travel end to end in 20 minutes with no need for cars, resulting in zero carbon emissions,” the video continues.

The project structure will reportedly be 500 meters tall, only 200 meters wide, and “housed within an elegant mirror glass facade.”

“The Line is designed as a series of unique communities offering a wealth of amenities, providing equitable views and immediate access to the surrounding nature, with 40% of the world accessible within 6 hours at the heart of the globe’s key trade routes. A place for commerce and communities to thrive like nothing on Earth seen before.”

In this article:Commentary, Featured, Globalism, Saudi Arabia, the line