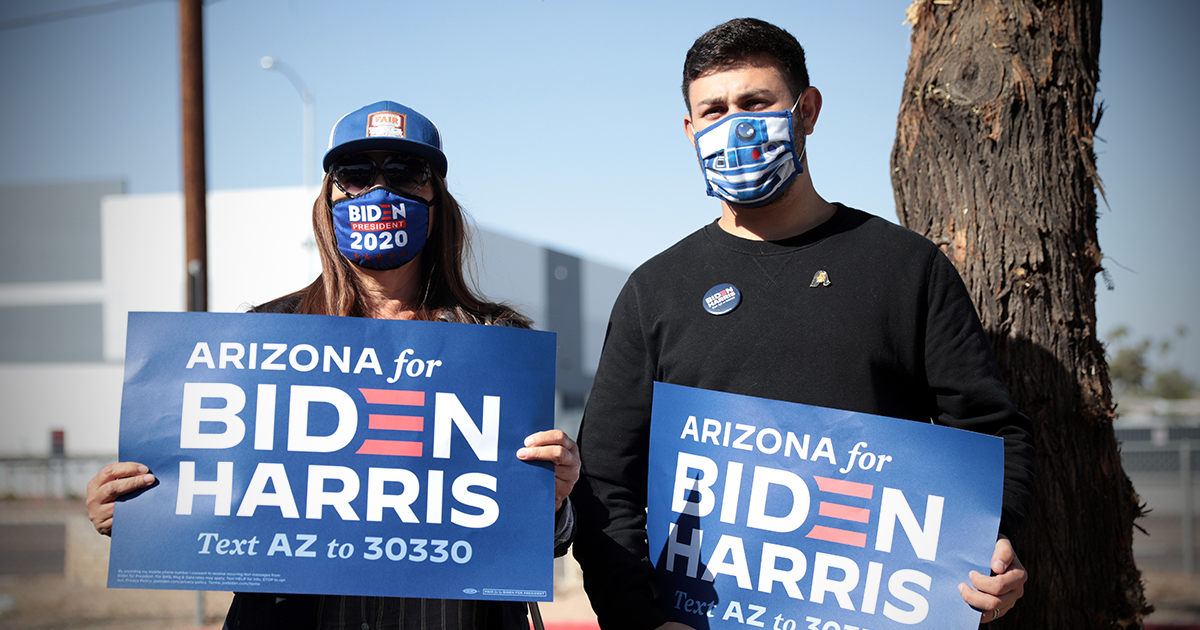 The Pima County Democrats deleted social media posts that invited people to a “F*ck the 4th” of July party in Tucson after a backlash.

On Friday, the official Twitter and Instagram accounts of the Pima County Democrats invited people to an event on Monday, but not to celebrate America. In fact, they declared that people should “f*ck the Fourth” instead.

The event was organised by the Tucson Women’s March, and is set to take place at 7PM on Monday in Reid Park in Tucson, Arizona. The poster for the ‘F*ck the 4th” party says that people should bring “comfortable shoes, water, lawn chairs, and your anger.”

The group, which was promoted by the Pima County Democrats, says that people should “mourn” the holiday, a reference to their disappointment at the recent SCOTUS decision to overturn Roe v. Wade. An Instagram post says that the group will “aid and abet abortion,” even if it becomes illegal in the state.

However, after the posts being up on both their Twitter and Instagram for a number of hours, the Pima County Democrats faced severe backlash from patriotic Americans. Tyler Bowyer of TPUSA said that it was evidence that Democrats just “hate America.” The tweet and Instagram post were swiftly deleted, although posts from the Tucson Women’s March remain up at time of writing.

I don’t care who you vote for— just don’t vote for Democrats today. They hate America.

Well, that's going to be awkward for the @PimaDems, isn't it? pic.twitter.com/aZKWvVGXm1

Kari Lake, who is currently the front-runner to be the next Governor off Arizona, noted that local Republicans, independents, and people who had walked away from the Democrats were going to celebrate the holiday at a gun range. “The difference could not be more clear,” she added.

The difference could not be more clear. pic.twitter.com/VmbNjeVVdb

Speaking exclusively to Valiant News, Arizona State Senator Wendy Rogers said that she was “appalled, but not surprised” at the blatant example of “anti-Americanism on display by the radical left.”

“Biden is allowing an invasion on our southern border and the woke schools raising up children to hate this country,” Rogers added. “Thankfully I was able to fight for and get $335 million approved to build the Arizona Border wall and voted to pass school choice for Arizona families so that children can go to schools that will teach them to love this country.”

Arizona Senate candidate Blake Masters, one of the most America First candidates across the country, did not make an explicit comment on the event, but did retweet a post sarcastically declaring that Democrats are “really upping their pro-America midterm messaging game.”

Eventually, the Pima County Democrats responded to their criticism, saying that the advertising graphic was “in poor taste,” adding that they had shared the graphic from the Tucson Women’s March “in haste,” and that they would “do better.”

However, they added that they still support the event, which was “organized to help women in our community grieve for the loss of their bodily autonomy,” which they considered to be an “elemental” right.

“Our posting of the graphic upset some people,” they concluded. “We urge you to save your outrage for the women in this state who will die of botched abortions. Arizona is not a good place to be a woman right now.”

Thread: 1/3 PCDP posted a graphic advertising a women's march which, we agree, was in poor taste. We were eager to share the event, and in our haste we used the graphic provided by the event organizer. That was a mistake, and we will do better.

3/3 Our posting of the graphic upset some people. We urge you to save your outrage for the women in this state who will die of botched abortions. Arizona is not a good place to be a woman right now.

In an email to the Pima County Democrats, Valiant News asked the local party if they agreed that Americans should “mourn” the creation of their own country, rather than celebrate it, and whether the event represents Democrat values, given their social media bios proclaim that is the purpose of the local party. There was no response by time of publication.