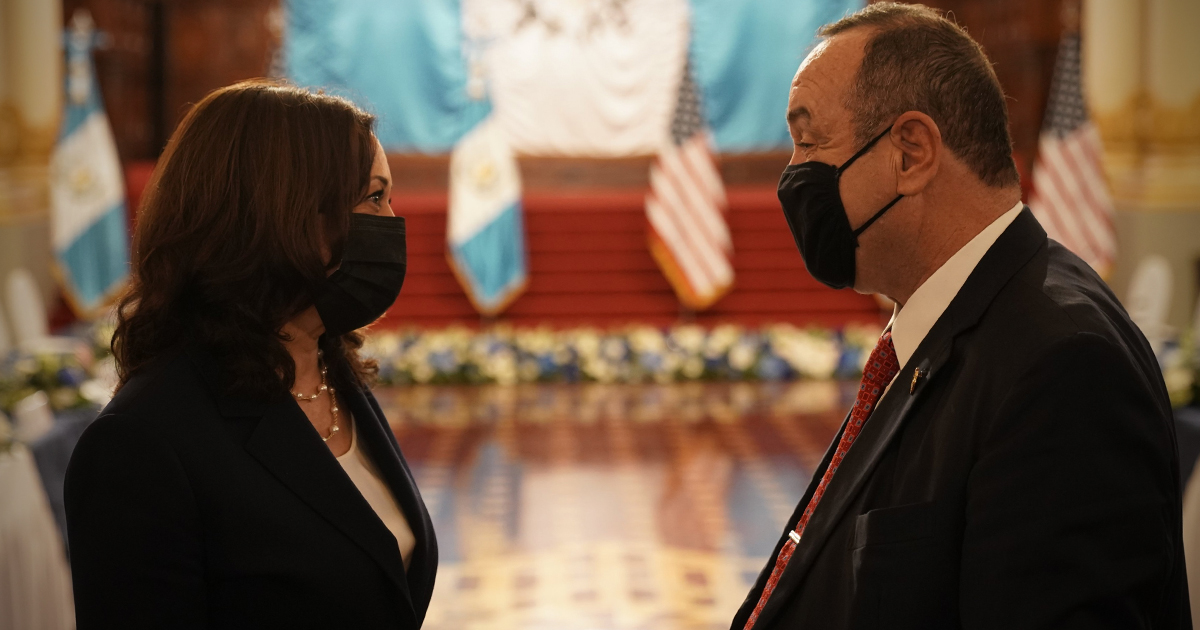 Office of the Vice President / Edited

Today the President of Guatemala confirmed he has only shared one conversation with vice president Kamala Harris this year, and only a handful of conversations with the woman charged with securing the border since she entered the office over 18 months ago.

Guatemalan President Alejandro Giammattei told Breitbart News that he’s only spoken to Harris one time so far this year, in January, and that was the only communication he’s had since she visited Guatemala in June of 2021.

“She told me she didn’t want me to appoint my attorney general,” Giammattei told Breitbart’s Ashley Oliver. “We didn’t talk about human trafficking. That was the only time that I spoke to her since she went to Guatemala, and the topic was not immigration.”

The outlet described Giammattei’s remarks as indicating Harris was “missing in action” on the immigration crisis.

“I do think that we need greater communication between the government of the United States and our government at least,” the Guatemalan President told Breitbart.

When asked if he feels Harris is doing an adequate job as vice president and border czar, Giammattei offered a careful response.

“I could tell you that I don’t know the powers of Vice President Kamala Harris regarding programs with us,” said Giammattei.

Harris famously visited Guatemala last year, and made a speech in which she urged migrants seeking to illegally cross through Mexico and into the United States from Central America, “do not come.”

Republicans have repeatedly accused Harris of being derelict in her duty to secure the southern border.

An article from the New York Post editorial board published in May of this year declared that “VP Kamala Harris has abandoned ‘border czar role” in its headline.

“And ‘root causes’ Harris has stopped pretending to do anything about it, after a few Central American photo-ops and blank ‘do not come’ appeals. (Her press secretary lamely insists she’s still on it.)” The Post argued, “Despite the issue being at the top of the list of crises facing the country, it’s obvious no one in the White House wants to touch the growing disaster.”