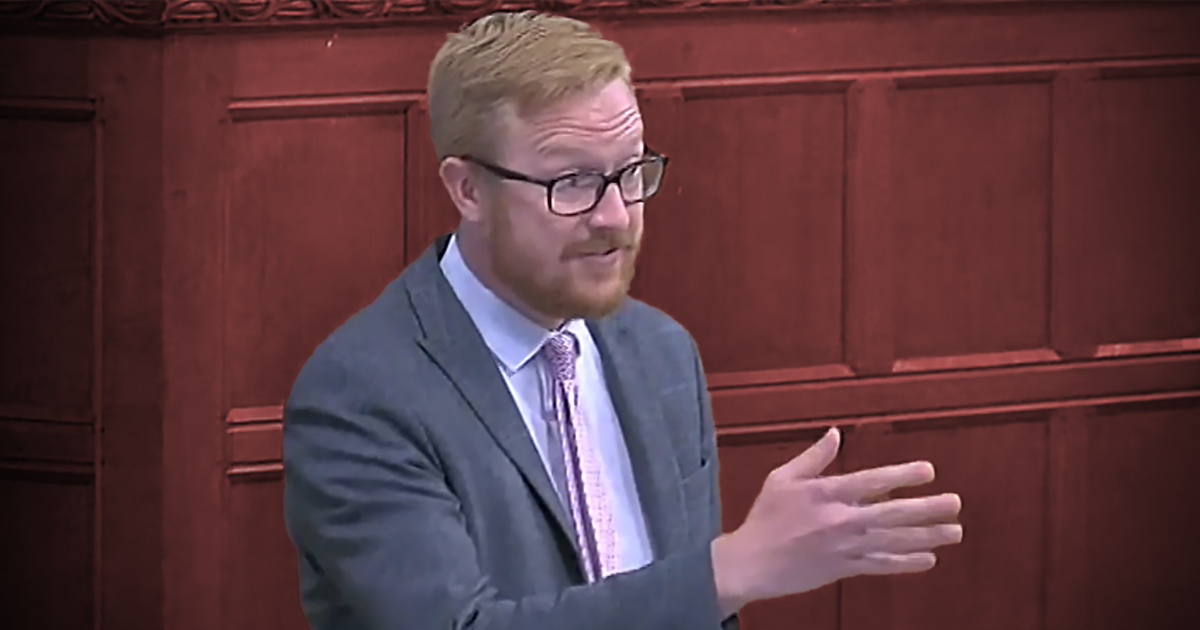 Lloyd Russell-Moyle, a Labour MP, argued in a debate about sex education that children should be taught about “risky sex acts,” claiming it would save lives.

On Thursday, MPs debated the current state of sex education in British schools in Westminster Hall, a secondary debating room aside from the House of Commons. The debate was brought forward by Conservative MP Miriam Cates, who revealed the disturbing results of the Conservative government’s policy on sex education.

The new framework designed by the government has “opened the floodgates to external providers, who offer sex education materials to schools,” Cates noted, meaning that “children across the country are being exposed to a plethora of deeply inappropriate, wildly inaccurate, and sexually explicit and damaging materials.”

Cates gave a number of examples of damaging material that was being taught to students via a number of different private bodies, including:

Even a website from the government’s own Department of Health and Social Care that was recommended as part of Department of Education guidance and promoted in schools encouraged children to “read a really hot bit of erotica while looking up Dominance and Submission.”

“Just as in the covid pandemic when we sacrificed young for old, our approach to sex education is sacrificing the welfare and innocence of children in the interests of adults’ sexual liberation,” Cates argued.

“We do not try to teach babies to read or teach quantum mechanics to six-year-olds, because they are not developmentally ready, and neither should we teach about sexual pleasure or gender fluidity to pre-pubescent children or about extreme sex acts to adolescents,” she added.

’This is not proper education. They are having their ideology hijacked at a young age.’

However, Russell-Moyle, who was only the second MP to declare that he is HIV positive, explicitly disagreed that children should not be taught about “risky sex acts.” Russell-Moyle revealed that a 15-year-old cousin passed away within the last two years after attempting autoerotic asphyxiation.

“If he had been taught about risky sex acts—he was 15, not a pre-pubescent child—and how to make sure he did things safely, rather than just learning something from the internet that then led to the end of his life, he might still be around and his family might not be devastated,” he argued, adding that he has “a problem with saying that we should not teach any of this to our children.”

“The principle of learning about things before people are legally able to do them but when they are physically able to engage in them, which 15-year-olds are, I am afraid, could have been lifesaving,” Russell-Moyle continued.

This is shocking from Lloyd Russell-Moyle in yesterday's parliamentary debate on relationship and sex education.

The Brighton MP claimed that when children were “of age,” they could “make their own choices” about these risky sex acts. He did admit that there should be a discussion on the risks involved, but alongside the promotion of them.

The debate also included discussion of how trans issues were taught two children, which involved extremely explicit sexual language, and totally misleading or debateable information, something Cates said shocked her as a former biology teacher.

Children in British schools are currently being taught that “children fall into two groups: menstruators or non-menstruators,” that “boys who wear nail varnish or girls who like weight lifting might actually be the opposite sex,” and that “a woman is still a woman, even if she enjoys getting blow jobs.”