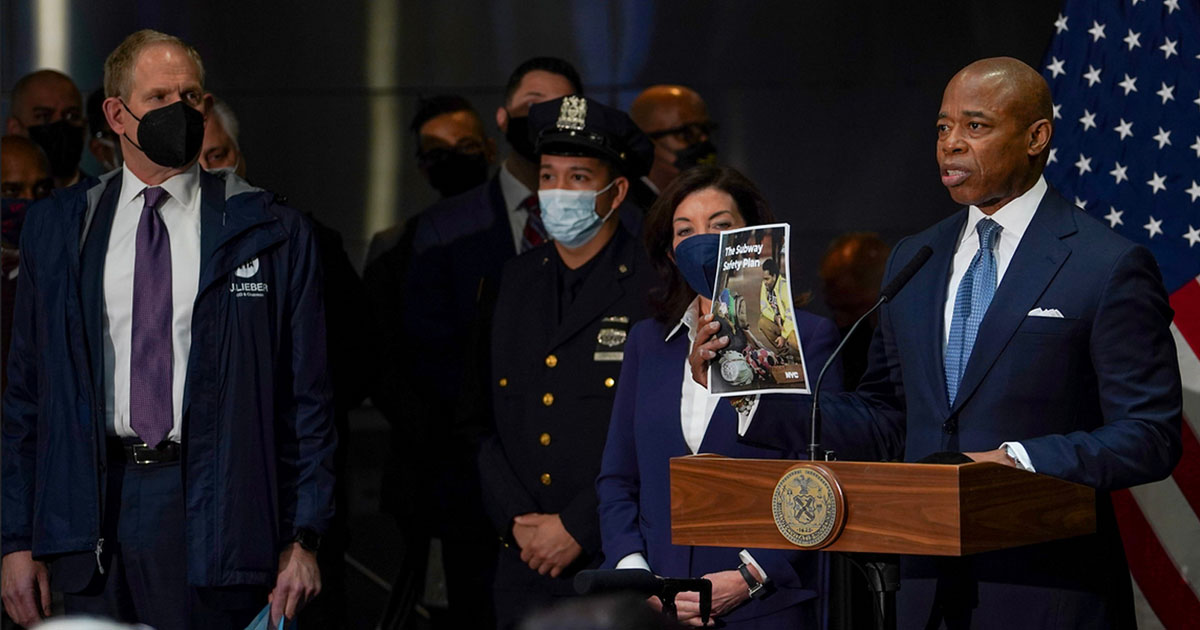 A top aide to Democrat New York City mayor Eric Adams was mugged at gunpoint this week, despite telling the two black male suspects “You don’t want to do this. I work for the mayor.”

According to the New York Post, “The brazen caper took place even though the victim, a civilian member of Adam’s advance team, cautioned that he was a well-connected City Hall employee, a high-ranking police source said.”

“You don’t want to do this. I work for the mayor,” victim Christopher Baugh, 33 reportedly said before being thrown to the ground.

The Post notes, “But in a show of utter contempt, they ignored the warning, with one man lifting his shirt to display the butt of a pistol tucked into his pants, the source said.”

Adams’ office responded to the incident with familiar calls for more gun restrictions, despite the fact that New York City already features some of the most restrictive gun laws in the country.

In April, Adams officially declared Juneteenth a paid holiday within the city in a statement that acknowledges the acts of “heroes and sheroes” who came before him.

Some residents of New York will now receive a new paid holiday on June 19, also known as Juneteenth, when commemorates the day the Emancipation Proclamation became enforced in the state of Texas.

“This decision is long overdue,” wrote Adams on Twitter, “which is why it will immediately take effect this year.” Adams added a statement that contained binary gender versions of the word “hero” to include women.

“I know that I stand on the shoulders of countless heroes and sheroes,” wrote Adams, “who put their lives on the line to secure a more perfect union.”

Adams said he considers the paid holiday status of June 19 “a small part to recognize one of our nation’s greatest wrongs.”