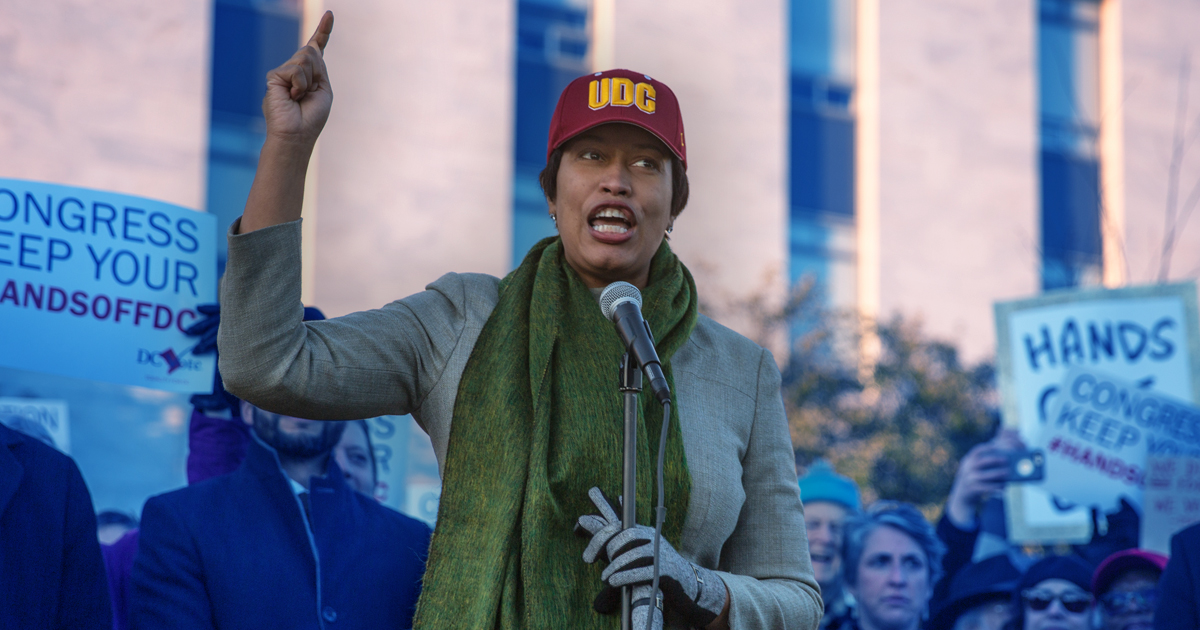 Washington DC Mayor Muriel Bowser has called for the activation of the National Guard to deal with the illegal migrant crisis in the city.

Speaking to reporters on Thursday, Mayor Bowser discussed the problems that the nation’s capital was having with the buses of illegal immigrants arriving from states such as Texas and Arkansas, who had been deliberately shipping them away from their own states.

“We are very focused, and we continue to be very focused on having the federal government do its part, and take the lead in addressing what we see as a growing humanitarian crisis with people who are seeking asylum coming across the country to get onto their final destinations,” Bowser said, adding that they were “going to continue to pursue federal involvement.”

Along with working with FEMA, and using federal grant funds to create a “respite centre” for the new arrivals with a million dollar grant, Bowser revealed that she had asked the Secretary of the Army to deploy the DC National Guard to “help lead that effort.”

“I’ve asked for the deployment of the guard as long as we need the guard to deal with the humanitarian crisis that we expect to escalate,” Bowser confirmed.

DC @MayorBowser calls for activating the National Guard to handle the influx of illegal migrants into the city, calling it a "humanitarian crisis."

This is something she refused to do on January 6 but will do when 4,000 illegal migrants enter her city. pic.twitter.com/R3kUM5JUXs

“The number of people crossing the border seeking asylum we expect to only go up. We need to make sure that there is a national response, not the ad hoc, city by city, state by state response.”

Bowser has repeatedly reiterated that Washington, D.C. is a “sanctuary city” that pledges not to cooperate with federal law enforcement on immigration issues.

It comes on the same day as ICE agents discovered 73 illegal migrants, including 13 children, living in houses ran by human smugglers within northwest DC. Agents also discovered $95,000, and a small amount of cocaine.

They were discovered in one of the most affluent areas of the city, where the median house price is $750,000.

Conservative commentator and reporter Greg Price noted that Bowser did not call for the National Guard to be activated in DC to control the protests on January 6, but was happy to do so when “4,000 illegal migrants enter her city.”

Valiant News reported in April that Latino reporter Wid Lyman of Border Hawk News, was harassed by pro-immigration activists, who attempted to stop him from filming the buses in DC.

“These people don’t need to be identified.”

One activist told Lyman that her comrades blocked the cameras because the illegal immigrants “don’t need to be identified.”