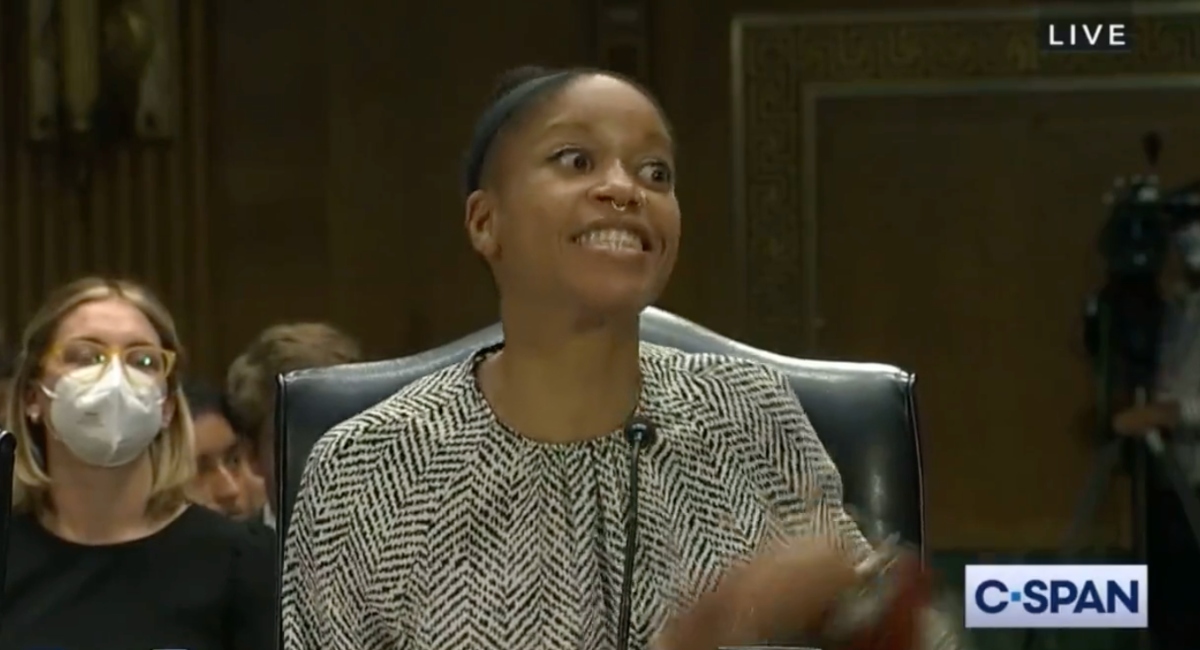 Berkeley professor and professional social justice warrior Khiara Bridges accused Republican Sen. Josh Hawley of being “transphobic” because he asked her if women had the “capacity for pregnancy” during a Senate hearing on Tuesday.

“Professor Bridges, you said several times, you’ve used a phrase, I want to understand what you mean by it. You’ve referred to ‘people with a capacity for pregnancy,’ would that be women?” Hawley asked.

Bridges pointed out that straight heterosexual females are capable of being pregnant, but noted that some are unable. She used the term “cis women” — a liberal translation meaning heterosexual biological female, to describe them.

The Democrats say what they really think: men can get pregnant and if you disagree, you are “transphobic” and responsible for violence pic.twitter.com/44CeIi5WvT

“We can recognize that this impacts women while recognizing that it impacts other groups,” she replied. “Those things are not mutually exclusive Hawley.”

Sen. Josh Hawley asks Khiara Bridges: "You've referred to 'people with a capacity for pregnancy.' Would that be women?"

She tells him his "line of questioning is transphobic." pic.twitter.com/SItt6fFhHC

“Your view is that the core of this ‘right,’ then is about what?” Hawley said.

Bridges then accused Hawley of being “transphobic” because he asked if women can become pregnant and that pointing out such an idea “opens up trans people to violence.”

“Wow,” Hawley said. “So you’re saying that I’m opening up people to violence by asking whether or not women are the folks who can have pregnancies?”

Bridges then claimed that trans people commit suicide because people don’t believe they exist. “Do you believe that men can get pregnant?” she asked the Senator.

“No, I don’t think men can get pregnant,” Hawley replied.

INSANITY: A pro-abortion witness just called Senator @HawleyMO "transphobic" for suggesting that only women can get pregnant. pic.twitter.com/bnlAKIKbMY

“So you’re denying that trans people exist,” Bridges said. The Senator replied, “and that leads to violence?”

“Is this how you run your classroom,” asked Hawley. “Are students allowed to question you or are they also treated like this?”