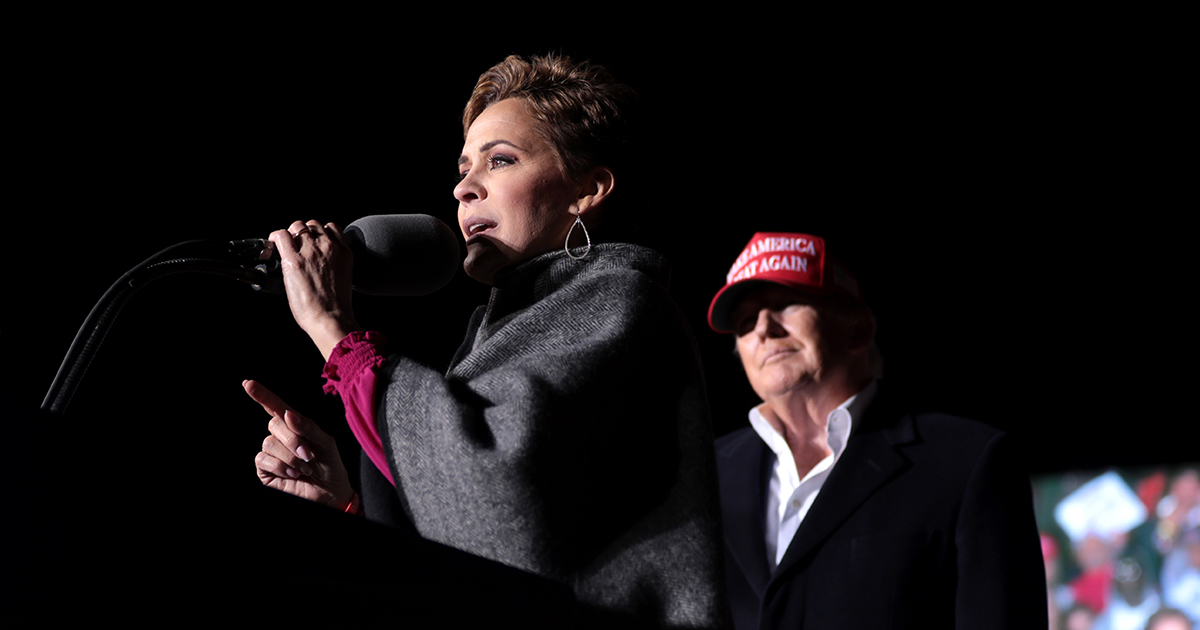 A new poll of Arizona voters shows Kari Lake, who is backed by 45th President Donald Trump, ahead of her opponent Karrin Taylor Robson with a double point lead among Republican primary voters.

Lake, a former television host who has centered her campaign around election integrity, citing the 2020 election, received 43.5% of the vote according to a recent Data Orbital poll conducted from July 18 to July 20 and released this week.

Robson received 32.4% of support, and 11.8% remained undecided, with the rest of respondents divided between candidates polling in single digits.

Pence visited the state to campaign with Robson and a slate of other candidates opposed by Trump, signaling to some that the former vice president is doubling down on a precedent set in Georgia, where Pence endorsed prominent Trump opponents. Those opponents later won the primary against Trump’s challengers.

Polling suggests Pence will not find easy victories in Arizona.

While Robson has lost virtually every poll against Lake, one recent poll surfaced – in a move some claim is a Robson staffer’s attempt to save a floundering campaign – showing the Republicans tied.

Masters is ahead by 10 points at 29.9% of the vote, according to a poll released earlier this month, while Lamon, sits at 19.6%. Brnovich, the state’s current Attorney General who has been criticized for perceived inaction on election integrity, polled at 17.9%. A quarter of voters remained undecided.

Republicans in Arizona will cast their votes on August 2, 2022.