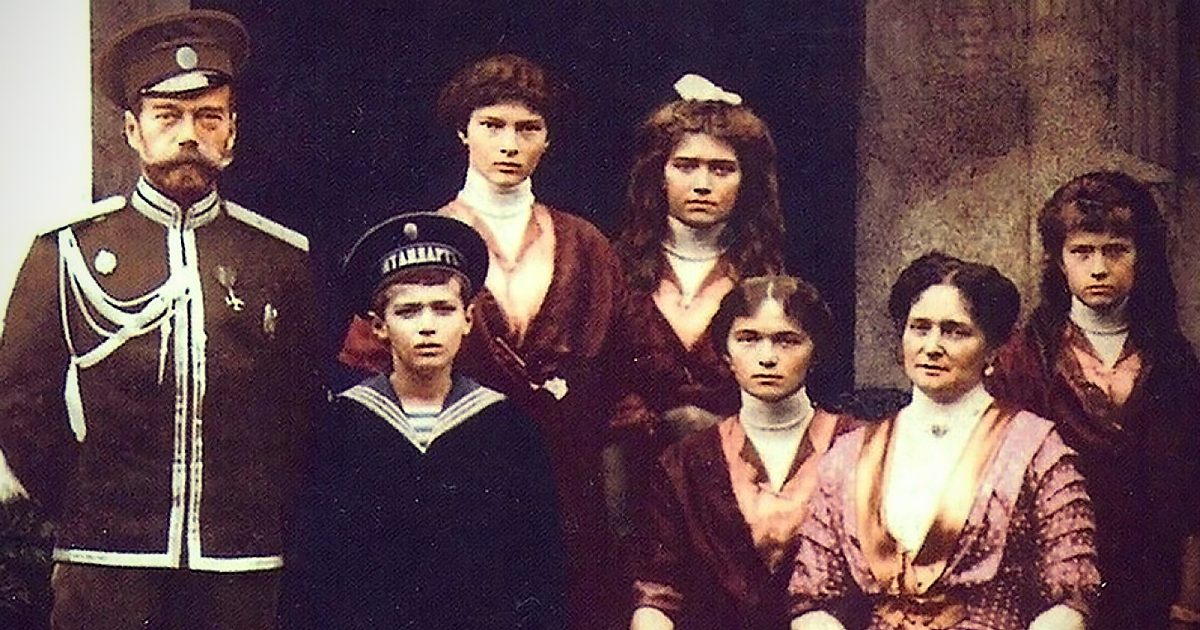 More than 100 years ago, before communism had been tried and failed across the globe, the Bolshevik communists in Russia stormed the royal quarters and began a series of grotesque killings that would see the country’s reigning Romanov dynasty extinct, and the country plunged into a 74-year experiment in totalitarianism.

The Romanovs had been held prisoner by Bolshevik forces since the previous year, with the family of 7 moved from a palace to Siberia, and ultimately to a house near the Ural Mountains. Czar Nicholas Romanov had been deposed months prior, and the country was plunged into civil war.

On the night of July 16, orders were received from the Ural Regional Soviet to butcher the family and its servants.

At midnight, the family physician was ordered to wake the sleeping family and tell them to dress. He was told to warn them of civil unrest in the city, likely letting the family believe they were simply being moved yet again.

The family of 7 included Czar Nicholas II, his wife Empress Alexandra Feodorovna, their daughters Olga, Tatiana, Maria and Anastasia, and their hemophiliac son and heir Alexei. The ages of the children ranged from young adult, with Olga 22 at the time of her death, to young Alexei being butchered at only 13. 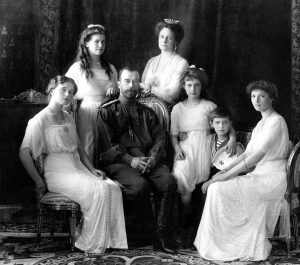 A historic photograph of the Russian Imperial family taken in 1913

The family was ordered to a basement. Likely still not grasping the reality of the situation, Nicholas asked his prison guards to provide a second chair for his sick son.

It was at this point that the revolutionary Bolshevik Yakov Yurovsky informed Nicholas and his family that they were to be killed. Both Yurovksy’s words and Nicholas’s response are known to historians.

“Nikolai Alexandrovich, in view of the fact that your relatives are continuing their attack on Soviet Russia,” Yurovsky told the former czar, “the Ural Executive Committee has decided to execute you.”

Nicholas, while facing his family, said, “What? What?” Yurovsky repeated the order, and the executions began.

Alexandra and her eldest daughter Olga attempted to bless themselves before the murdering began, but were unable to do so in time.

Nicholas fell dead from at least three shots to his torso. His wife was shot in the head. 19-year-old Maria attempted to flee, but she was shot in her thigh.

Still, the butchering was far from finished.

The men were ordered to stop firing. When the smoke cleared and the men regained their ability to hear, they heard moans and whispers coming from the family.

All five of the family’s children had survived the firing squad, with only Maria injured from a gunshot to her thigh. Only a few of the family’s retainers had been killed in the attack.

The communist executioners were then then ordered to affix bayonets and begin butchering the family and their dogs mechanically.

Stabbing the children repeatedly with bayonets was still, apparently, not enough.

One executioner fired an entire magazine of bullets into 13-year-old Alexei, but the child still somehow lived. He was shot and stabbed again, and yet still lived. Finally, he was shot in the head, rendering the fatal blow to what must have been a mutilated teenage body. He had apparently been afforded some protection by jewels sewn into his undergarments.

The family’s daughters, aged between 19 and 22, were next. They, too, were offered some level of protection by jewels sewn into their clothes.

Olga and Tatiana were, perhaps mercifully, shot in the head, but all of the children were speared with bayonets before being shot. Maria and Anastasia apparently hid against a wall, crying and holding their heads down, until they were shot.

Still, one of them was not yet dead, and cried out in pain while being carried out on a stretcher. She was stabbed with a bayonet again, this time in the chest, but it still did not kill the child. She was finally shot in the head.

The butchering lasted around 20 minutes, and investigators believe as many as 70 bullets were fired by the communist executioners.

A sole survivor was 13-year-old Alexei’s dog, a spaniel named Joy. It was rescued by a British officer, and lived the remainder of its natural life in England. 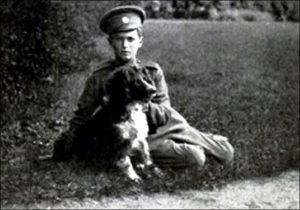 One of the men tasked with transporting the bodies to their resting place apparently groped the tsarina, and was dismissed for his behavior. The bodies were further mutilated using hand grenades before being buried in unmarked graves in a nearby forest. Before burial, the bodies were again mutilated with acid, burning the family’s facial features in a move that the executioners apparently hoped would hide the corpses’ identity should they be found.

At least 27 friends and relatives of the Romanov family would be executed in the coming weeks.

Despite the Romanov family having long fallen out of favor with the Russian public, the communists hid the gruesome details surrounding the deaths of the family for decades. It was claimed that only Nicholas was executed, and the family remained safe.

Historians still aren’t certain who ultimately gave the order to kill the Romanovs. While blame has been levied on the local communist authorities, communications from Leon Trotsky indicate that revolutionary communist leader Vladimir Lenin may have given the order.

The death of the Romanov family left a power vacuum that would quickly be filled by the Communist Party. That party would remain in power, not only in Russia but in the surrounding territories subsumed by the Soviet Union, until 1992.

The basement where the Romanov family was killed

Modern Russians have struggled to cope with the barbaric murders.

Former Russian President Boris Yeltsin described the murders as “one of the most shameful pages in our history” and lamented that for “many years we kept silent about this monstrous crime,” according to The Moscow Times. He added that “we are all responsible for the historical memory of our people.”

On the 100-year-anniversary of the murders, the publication noted that public memorials for the family were sparse

“The memory of Nicholas II’s and his family’s deaths remain largely unprocessed,” the publication reported, “and the paltry number of commemorative events on the centennial hardly suggests a step forward.”

Still, the Russian Federation has created a digital archive called “The Murders of the Royal Family,” which offers a “trove” of digitized photographs and documents related to the deaths of the Romanov family.