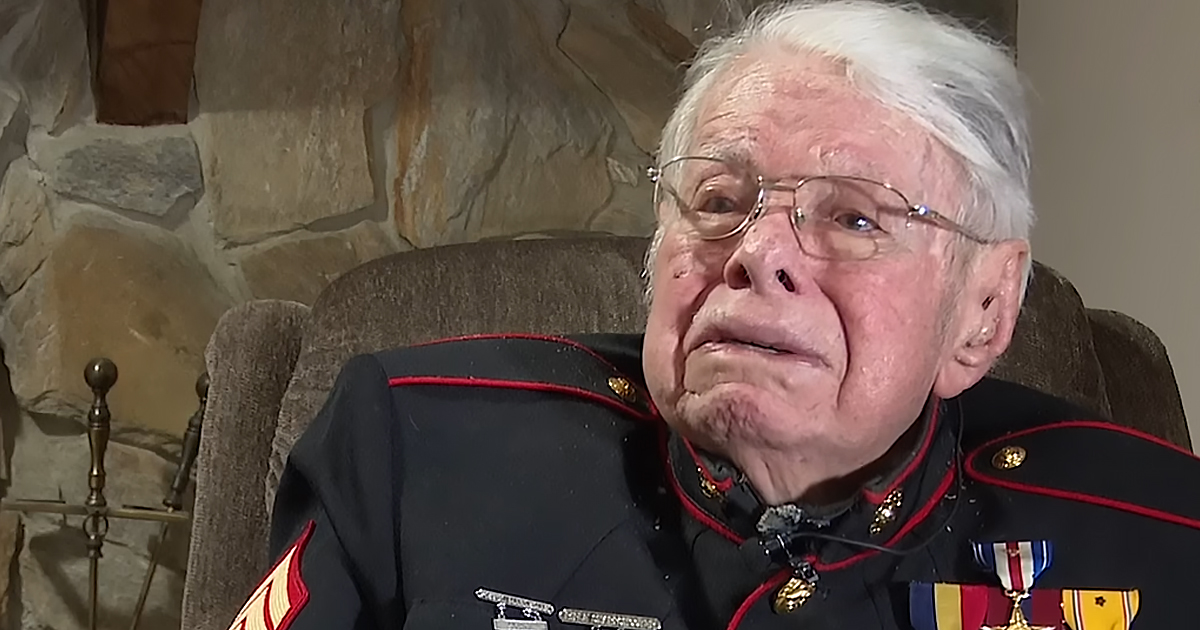 World War II veteran Carl Dekel celebrated his 100th birthday earlier this month and was interviewed by a local news station that captured the centenarian delivering poignant words that have since gone viral.

The aged Marine, in his dress uniform with medals adorning his chest, was reflecting on his long life when he condemned how the country had changed while speaking to Tampa Bay’s Fox 13.

"This is not the country we fought for" pic.twitter.com/W7Y8XsKLp0

Dekel stopped for a moment to regain his composure as the interviewer began to interrupt to see if he was right, but he assured her that “it just takes me time.”

Dekel served as a Marine in World War II, and told the outlet that he would fight enlist again if he were a young man today and the country were attacked.

“It was an honor for me to serve my country and if I had to do it again and I was the same age,” said Dekel. “I would do it. I guarantee you.”

“They shipped me straight out to Guantánamo, which was a Navy base, and put me in a machine gun company,” Dekel recounted. He told the Fox 13 that he’s most proud of his Silver Star, his “pride and joy.”