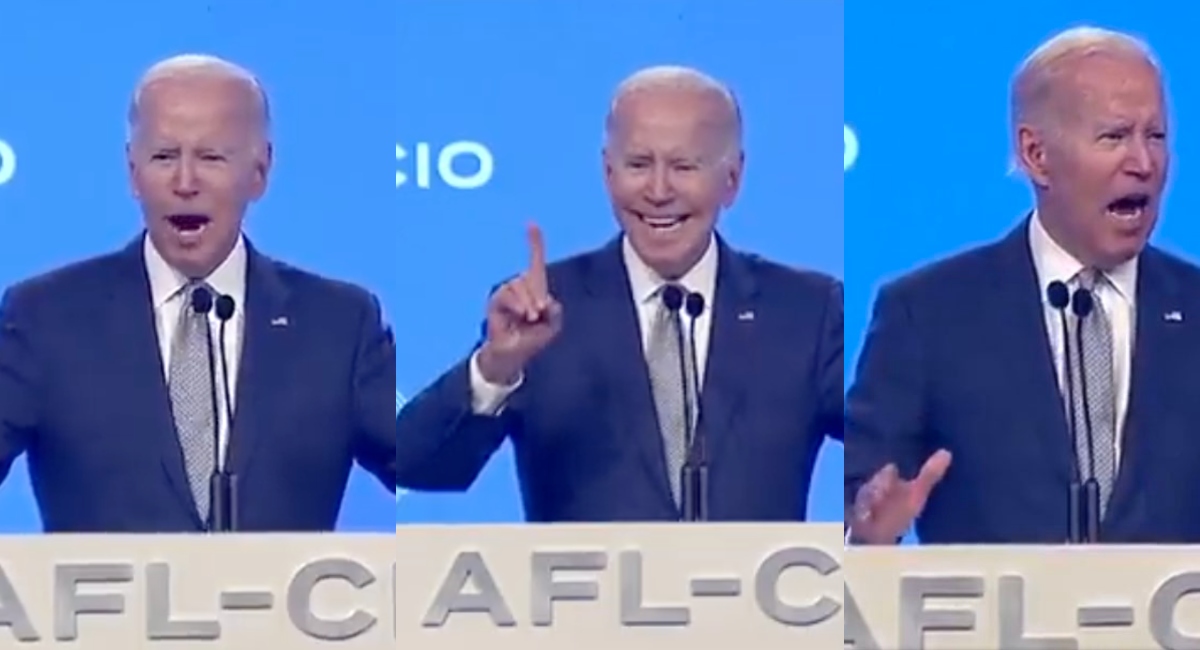 Joe Biden used his outside voice with a crowd gathered to hear him speak last week during the AFL-CIO convention in Philadelphia, Pennsylvania.

The speech was reportedly Biden’s “attempt to reset the terms of the debate on the economy as the president’s own approval ratings have slid while consumer prices and the cost of gasoline have surged.”

At one point during the speech, Biden randomly began screaming about changing people’s lives with his government spending and programs — which experts say likely contributed to the economic challenges that the country is currently faces, including runaway inflation, sagging wages, and jobs reports that keep coming in under expectations.

“I don’t want to hear anymore of these lies about reckless spending,” an angry Biden bellowed while aggressively shaking his hands. “We’re changing people’s lives!”

Biden also showcased his now-characteristic stutter while yelling about his American Rescue Plan, which he repeatedly claimed helped 41 million Americans “put food on their table”

“It storted [sic] with the American Rescue Plan. Awall [sic]  help forty one meep [sic] , people, forty one million people, put food on their table, rememmer [sic], therrer [sic], trouble putting food on their table,” Biden struggled, “Put money in the pockets of hard working Americans who were in trouble, being thrown out on the street beeks [sic] couldn’t pay the rent!”

During the remarks, Biden also accused 45th President Donald Trump of not leaving “a very good situation” in the world upon leaving office.

“I travel the world trying to put things back together, you know, Trump did not leave a very good situation. You think I’m kidding?” Biden said. “No matter where I go in the world, whether it was the inter-American conference we just had, for the [inaudible] this hemisphere, or NATO,”

Biden: "I travel the world trying to put things back together … Trump did not leave a very good situation. You think I'm kidding?" pic.twitter.com/8dmsnDX3Nl

Biden also claimed that American families across the country are in less debt and have more savings since he assumed office.

Biden: "Since I took office, with your help, families are carrying less debt nationwide. They have more savings nationwide." pic.twitter.com/agZJhCOl6d

“Since I took office, with your help, families are carrying less debt nationwide. They have more savings nationwide,” he said.

Most leading economists expect the United States to fall into a recession by no later than next year, while others say the country may fall into the technical definition of a recession at the end of this financial quarter.