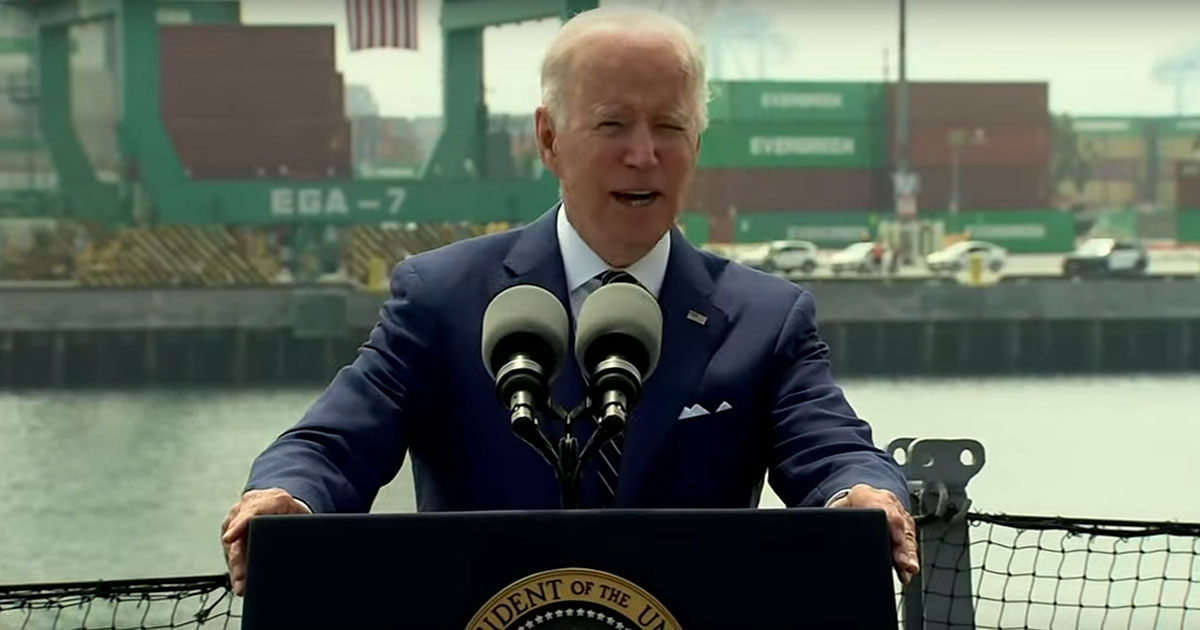 Democrat President Joe Biden referenced something called “the MAGA gang” when talking about how he views the modern Republican party as being fundamentally different from the one he grew up with.

“I’ve worked with a lotta honorable Republicans, very conservative Republicans, over the years when I was a senator, but this is the MAGA gang,” Biden said. “This is the MAGA crowd. I really mean it. They have a fundamentally different view of the role of government and who should pay what.”

NOW – Biden: "This is the MAGA gang… they have a fundamentally different view of the role of government and who should pay what." pic.twitter.com/S0uBRdFFYL

This is not the first time Biden has used unusual rhetoric to describe the populist conservatism popularized by former President Donald Trump.

During remarks at the International Brotherhood of Electrical Workers (IBEW) Convention in Chicago, Biden officially declared Trump to be “The Great MAGA King.”

“Under my predecessor, The Great MAGA King,” the President said, “the deficit increased every single year he was president.”

In April, Biden stated “This ain’t your father’s Republican Party – not not a joke. All you got to do is look what has been played this morning about the tape that was released.”

“Anyway. You know, but all kidding aside this is the MAGA party now,” Biden added. “It’s you know, you got the senator from Texas and others. These, these guys are a different breed of cat. They’re not like what why served with for so many years, and the people who know better, are afraid to act correctly, because they know they’ll be primaried.”