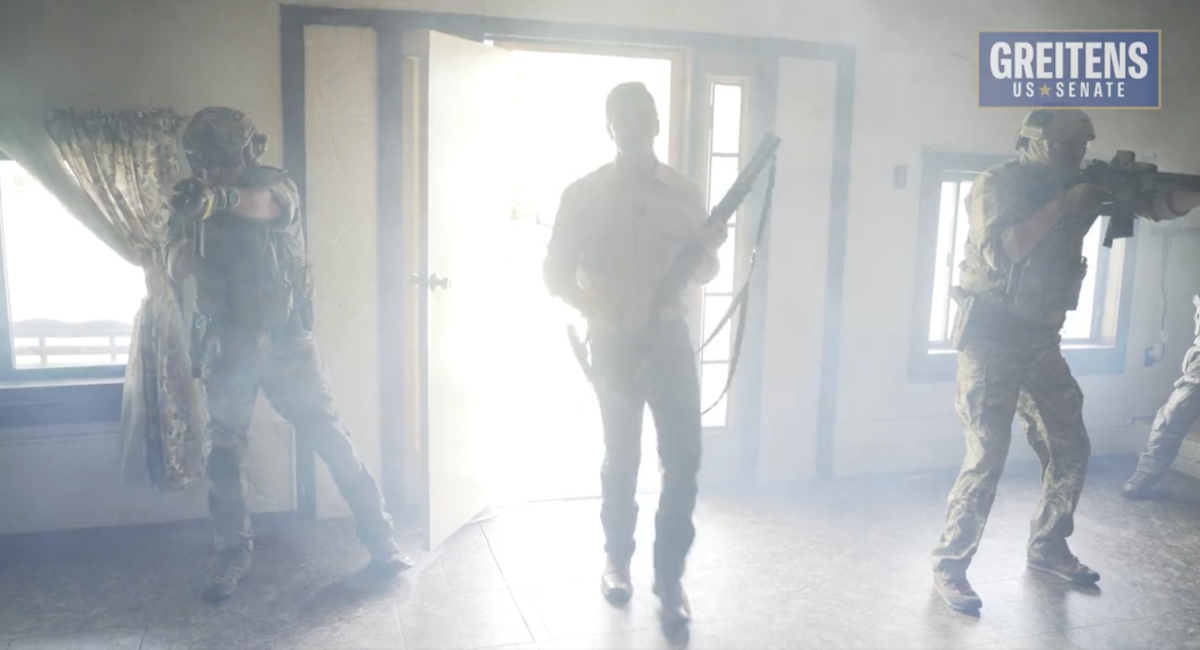 “We are sick and tired of the Republicans in Name Only surrendering to Joe Biden and the radical Left,” Greitens wrote in a Twitter post featuring the video that has amassed over 1.7 million views. “Order your RINO Hunting Permit today!”

At press time, the tweet was flagged as being against Twitter’s rules. However, the platform graciously allowed it to remain on the platform because its presence was deemed  “in the public’s interest”.

We are sick and tired of the Republicans in Name Only surrendering to Joe Biden & the radical Left.

In the video, Greitens, holding a shotgun, introduces himself as a Navy Seal and invites his audience to go “RINO hunting” with him. The video then features Greitens standing in front of a house alongside armed soldiers, as they prepare to breach the door of the house.

“The RINO feeds on corruption and is marked by the stripes of cowardice,” he said. Then, the soldiers breach the front door of the house with a battering ram, throw concussion grenades inside, and enter the house with their guns drawn.

Greitens follows the soldiers inside and states “join the MAGA crew. Get a RINO Hunting Permit.”

Many prominent Republicans such as Mitch McConnell (R-KY) and Lindsay Graham (R-SC) have been accused of being “Republicans in name only” due to their efforts to ostensibly subvert the America First political agenda in favor of policies favored by the Washington D.C. establishment.

Greitens in a previous campaign video has stated that he’s “willing to take on Mitch McConnell” should Missouri elect him to be their next Senator.

“I’m voting for new leadership. No more RINOs. I’m not going to be voting for Mitch McConnell,” he said.

I was the first person in the country who said that when I'm in the Senate, I'm voting for new leadership.

No More RINOs. I'm not voting for Mitch McConnell. pic.twitter.com/qqsxG25gOr

Greitens has long been critical of the Republican Senate Minority Leader, and had even written an op-ed for Breitbart accusing McConnell of being a “power-merchant of D.C., prioritizing special interests and personal influence over America” and “actively engaged in working against President Trump and the MAGA movement as we chart our path back to the majority—seemingly unaware why he even has his job in the first place.”

“McConnell has lost touch with our conservative movement. He has also lost his fight, and his leadership over the Republican Party does not represent our values. That is why I am committing to Missouri and the Nation that as a U.S. Senator, I will seek to support fresh, bold conservative leadership in the Senate,” Greitens wrote.