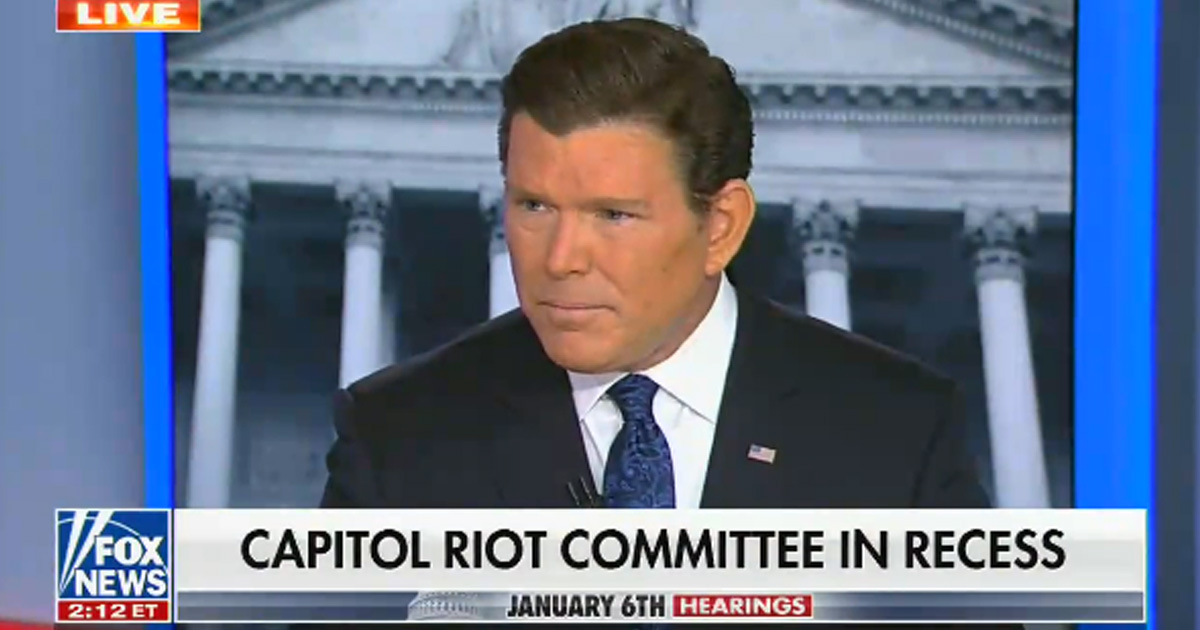 Fox News host Brett Baier and his guest claimed that Cassidy Hutchinson’s seemingly-debunked claims made yesterday in the U.S. House were as harmful to 45th President Donald Trump as the Watergate scandal was to 37th President Richard Nixon.

Hutchinson made wild claims that Trump began throwing his food in the days leading up to January 6. She also claimed he tried to commandeer the presidential limo to join the crowds of protesters at the U.S. Capitol on January 6 – something Secret Service agents are reportedly willing to testify did not happen. She claims she heard these claims from second hand sources and was not in Trump’s vicinity.

Baier made his comments yesterday on Fox News, directly comparing the claims advanced by Hutchinson to Watergate, the 1970s-era scandal that ended Nixon’s presidency and led to Jimmy Carter winning the next election.

“I’ve covered politics a long time,” said the Fox News host. “I don’t think there has been testimony like this — that is kind of jaw-dropping, in a way — on the inside workings of a White House in crisis after, you know, at this moment, Jan. 6, that we have seen since Watergate.”

Fox anchor Bret Baier: "I've covered politics a long time. I don't think there has been testimony like this, kind of jaw-dropping in a way on the inside workings of a White House in crisis after, you know, at this moment, January 6th, that we have seen since Watergate, really." pic.twitter.com/EJmvoLc2bA

“This testimony was very compelling from beginning to end,” claimed Baier. He noted that Trump “questions her accuracy,” and contradicts her wild claims. “Cassie Hutchinson is under oath on Capitol Hill, the president is on Truth Social making his statements,” said Baier.

It is worth noting that the partisan January 6 committee does not offer legal representation or cross examination of witnesses. It is a one-sided trial that allows Democrats and partisan, anti-Trump Republicans to advance facts and claims from witnesses without the scrutiny of a judge.

Still, Baier continued, “The testimony in and of itself is really, really powerful.”

"Cassie Hutchinson is under oath on Capitol Hill. The president is on Truth Social making his statements." pic.twitter.com/jOLub7yh5o

At least two Secret Service officials reportedly say they are willing to testify against the claims made by Hutchinson for the January 6 committee.