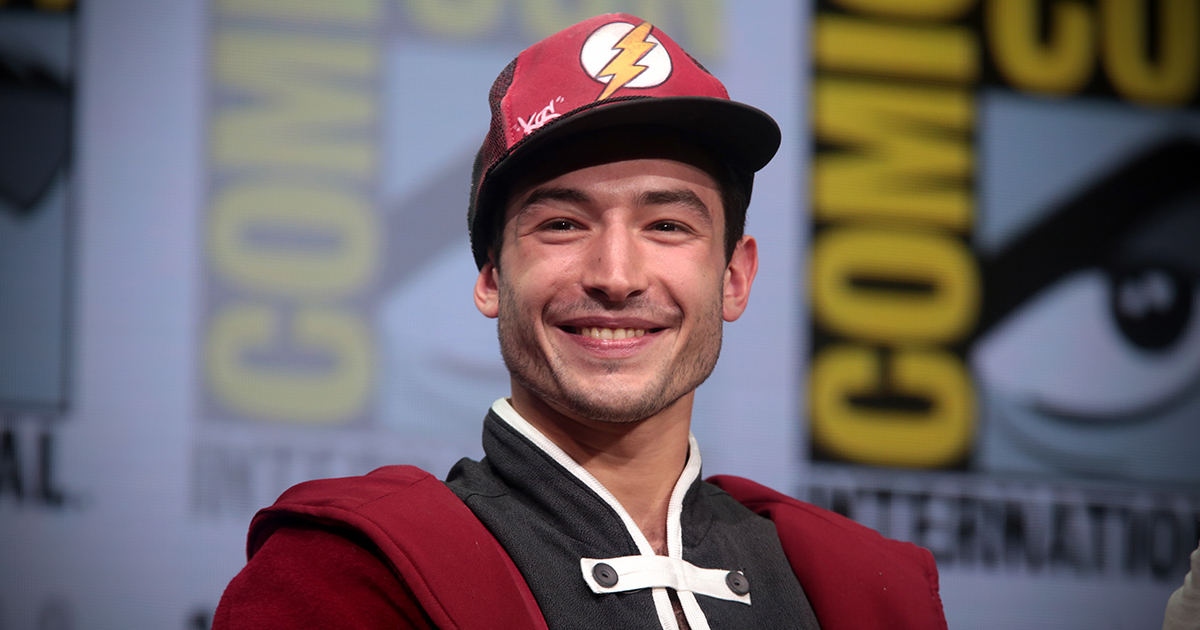 “Flash” actor Ezra Miller had been previously arrested and accused of abusing several women, and has now been additionally accused of grooming and trafficking a minor native American girl named Tokata Iron Eyes since she was just 12 years old, according to a report by TMZ.

According to the mother of the alleged victim, Sara Jumping Eagle, Miller has been behaving like a “spiritual voyeur dabbling in various indigenous peoples’ spiritual beliefs, combining w voodoo” supplying the girl with various drugs, alcohol, and LSD to essentially control her mind.

In a Twitter post, Eagle claimed that Miller has been “using these beliefs [to control] Tokata Iron Eyes mind, luring more people in a cult-like manner” similarly to the actions taken by Charles Manson.

Tokata, now 18 years old, met Miller in 2016 when the actor visited the Standing Rock Reservation in North Dakota. She was 12 years old, her parents say.

My family is living a nightmare. #EzraMiller has brainwashed my daughter Tokata Iron Eyes, physically assaulted her, is perpetuating cult-like behaviors and emotional abuse. Ezra’s dangerous behaviors are escalating with no accountability from #WarnerBros #MMIW pic.twitter.com/FlKuzUNbNy

It was then, Tokata’s parents say, she and the actor developed a “friendship” that they believe puts her at risk, TMZ reported.

Two years later, according to the girl’s parents, Miller flew Tokata to London to visit a studio where the “Fantastic Beasts and Where to Find Them” film was being made. She apparently was a “big fan” of the movie that Miller was starring in.

Tokata was 14 and Ezra was 25 at the time of the trip, according to her parents.

The parents also accused Miller of causing the Tokata to drop out of her Massachusetts private school in December 2021.

The TMZ report states that the parents apparently “flew to Miller’s Vermont home in January to get their daughter … and discovered she didn’t have her driver’s license, car keys, bank card and other items needed to navigate life independently.

They say they also found bruises on Tokata’s body which they allege Ezra caused.”According to court documents obtained by TMZ, the parents allege that “Ezra uses violence, intimidation, threat of violence, fear, paranoia, delusions, and drugs to hold sway over a young adolescent Tokata.”

Eagle is currently pleading for people to help her locate Tokata and is reaching out to authorities for a restraining order against Miller.

However, a statement believed to be from Tokata has since been released, accusing her parents of not accepting her “trans” identity and denying that she is a victim.

“I am an adult and I deserve to feel authority in my own body. I am tired of wondering whether or not cops will show up and section me on a daily basis,” the statement reads in part, adding that police intervention would be “unnecessary” and a “waste of time and resource.”

The statement further accused her parents of severe “emotional and psychological manipulation,” though the parents claim that Miller has control of the her phone and social media accounts, raising speculations as to whether she wrote the statement herself.