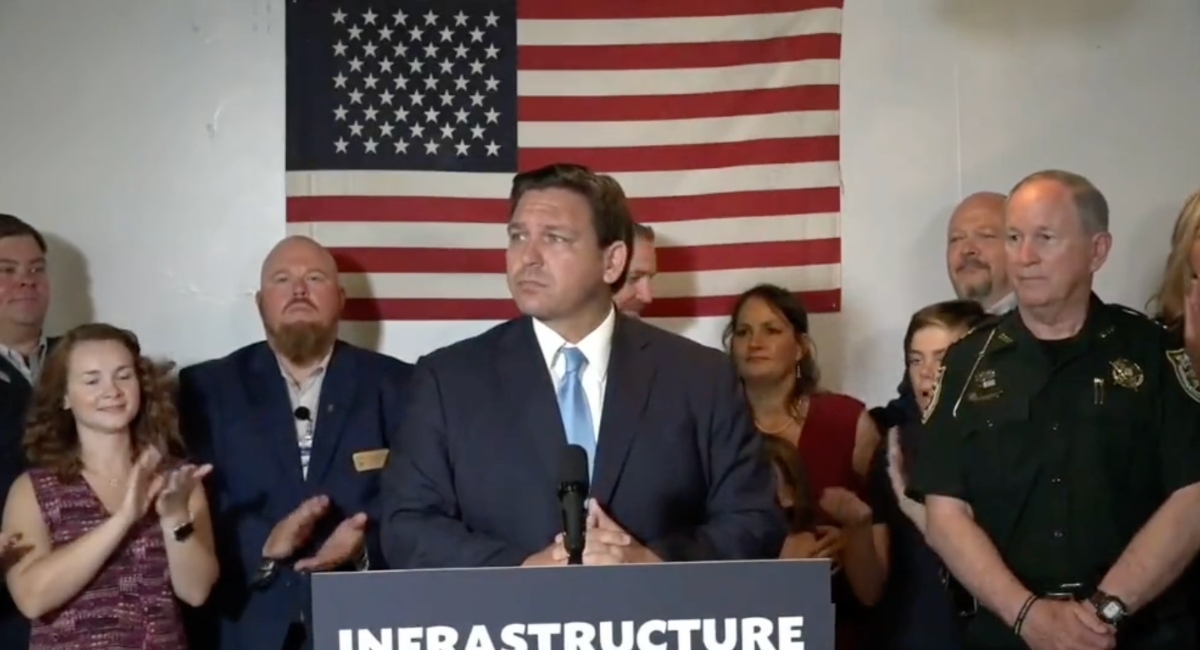 Florida Governor Ron DeSantis on Monday clarified his government’s stance on babies receiving COVID-19 vaccines, stating that “there’s no proven benefit” for the controversial injections to be used in infants.

DeSantis slammed the “legacy media” and the Biden administration over their support for COVID-19 vaccines being administered to children.

“They came out with an article saying ‘the state of Florida has not ordered, it’s department of health has not ordered mRNA jabs for the babies,'” said DeSantis. “Yes. We didn’t. We recommend against it.”

“We are not going to have any programs where we are trying to jab six month old babies with mRNA,” Desantis added. “That’s just the reality.”

“And I think what happened was they thought somehow that we would be embarrassed by that, no. We’re following the data,” he said. “We still have not ordered it. We’re not going to order it.”

Gov. Ron DeSantis clarifies Florida's position on COVID shots for children, saying he's not surprised that the White House would lie and legacy media amplify it.

He adds countries with similar approaches to Florida "have been right on COVID way more than Fauci and his crew." pic.twitter.com/biRQf9Es2z

Last week DeSantis made headlines after Florida began allowing parents to voluntarily choose to have their young children vaccinated, with some questioning if he would allow the jabs to become mandatory for children.

He seemed to stress the opposite in his statements today.

“I would just caution people, look at the actual data in the clinical trial. It is the weakest possible data that you could possibly see. Very small number of people, what the recommendation is from them doesn’t even track the outcome,” DeSantis said. “People can ask their pediatricians, they can ask their doctors, ‘what’s the evidence of protection against severe disease?’ There was none in the clinical trial,” he added.

He said that there’s “no proven benefit” for an infant to receive one of the jabs, “so that’s why our recommendation is against it.” He added, “That’s different from prohibiting the use in Florida, which we don’t have the authority to do.”

DeSantis then broke from many of his fellow Republicans by noting the new, close relationship between major pharmaceutical companies and the government regulatory bodies that are meant to oversee them.

“I think what this whole year and a half has shown us is these regulatory agencies in the federal government have basically become subsidiaries of the pharmaceutical companies,” DeSantis said.

He added, “They are not independent regulators, they basically are there to rubber stamp what Pfizer wants to do.”

“So people can make their judgements on it, but we have not ordered any for the Department of Health,” said DeSantis. “There’s been absolutely zero change in our recommendations.”

Parents with babies and little children will be able to get their kids injected with COVID-19 vaccines as soon as Tuesday.