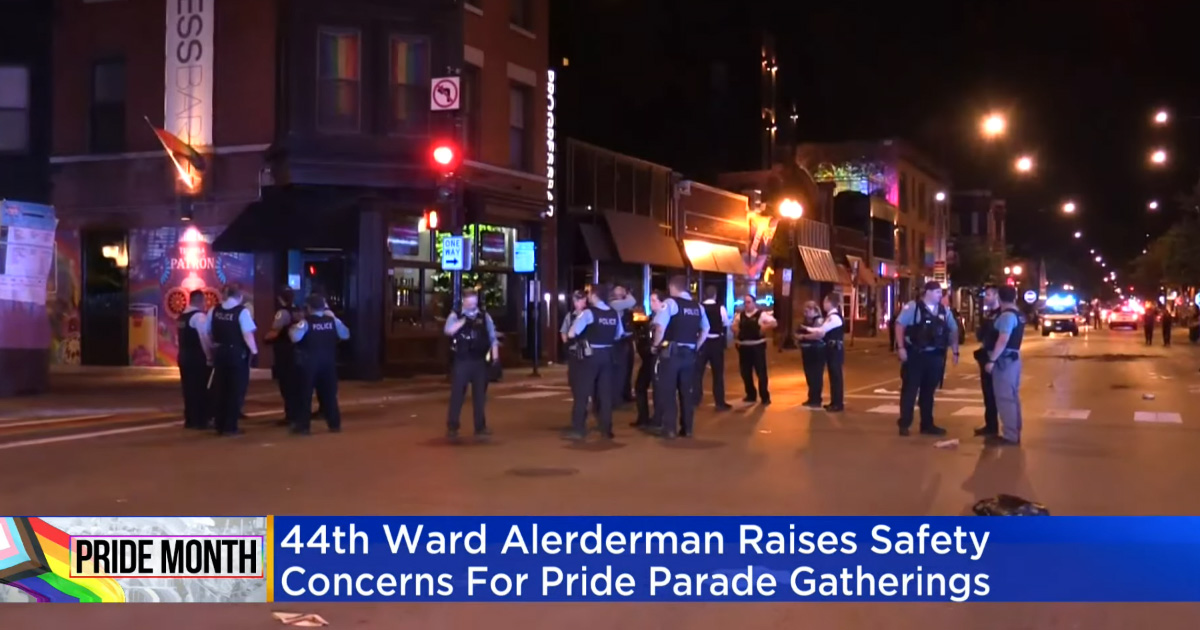 At least three women were arrested yesterday after allegedly fighting with police officers as part of the fallout from Chicago’s annual gay pride parade. All three women are accused of twerking on police cars, obstructing traffic, and assaulting police officers, but all were granted bail.

Police say that despite stepping up security for the event, it saw a total of 26 arrests – which CWB Chicago reports is the highest number since 2015 – during the raunchy celebration of LGBT lifestyles.

One woman, Chyna Scales, was arrested after police say she punched an officer in the head and possibly tore his eardrum and ruptured his thumb in the scuffle. Apparently, she “became upset” after police “arrested two of her relatives and tried to open a squad car to let them out.” She then blocked the vehicle’s face before getting into a fist fight with officers, per police.

The Gateway Pundit notes that the city attempted to increase security for this year’s pride event, but were unsuccessful at preventing the mayhem that occurred.

Two other women were arrested and accused of punching cops who “asked them to stop dancing on CPD squad cars,” and they appparently “received stricter bail conditions.”

One woman, 22-year-old Kori Bender, apparently climbed on top a police cruisder and began dancing. She refused to get off the vehicle, and when an officer physically restrained her, “she allegedly struck him in the face.” Police say Bender admitted she was “terking on the police car” and “muffed” the officer in the struggle.

Another woman, 29-year-old Jennifer Jackson, allegedly punched an officer and ran when he attempted to “push her out of the way of traffic” while police attempted to secure the scene.

Local media reports she told officers something to the effect of, “Who hasn’t struck an officer at some point?”

Spread the love
In this article:Chicago, Commentary, Featured, LGBT

Tom Pappert is the editor-in-chief of Valiant News. Follow him on Twitter @realTomPappert, on Gab, or on Spreely. Tips can be sent securely to [email protected]protonmail.com.