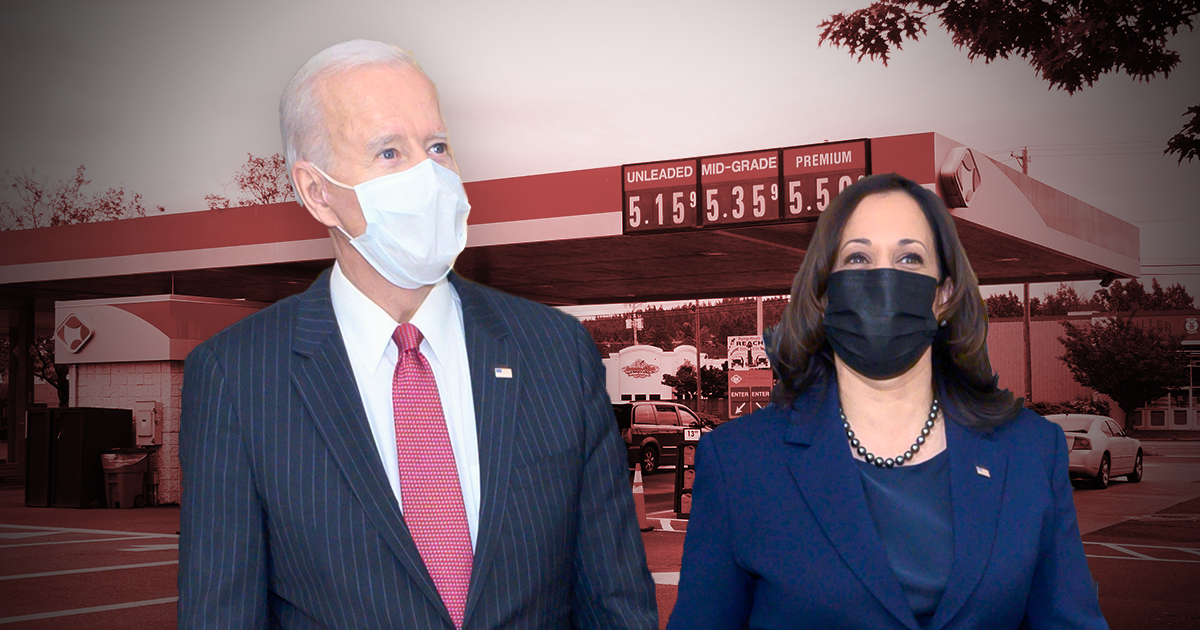 Joe Biden has demanded that gas stations lower the cost of price at the pump, ignoring the low margins that come with selling gas.

On Wednesday, Biden spoke on the price of gas, caused by rising global prices in oil production due to the war in Ukraine, potentially exacerbated by the Democrat push towards renewable, “clean” energies, including the shuttering of the Keystone XL Pipeline.

“To the companies running gas stations and setting those prices at the pump. This is a time of war, global peril, Ukraine. These are not normal times,” Biden said. “Bring down the price you are charging at the pump to reflect the cost you are paying for the product. Do it now. Do it today! Your customers, the American people, they need relief now!”

Biden: "To the companies running gas stations and setting those prices at the pump, this is a time of war, global peril, Ukraine. These are not normal times. Bring down the price you are charging at the pump. Do it now." pic.twitter.com/DF9TEduoM5

However, despite what Biden asserted, the companies controlling the gas prices are not the stations themselves. The majority of gas station owners are individuals, who are either franchisees, or independent operators, according to data from the National Association of Convenience Stores.

Selling gas is consistently one of the least profitable businesses to get into, according to year on year data from Sageworks. In 2018, gas stations were the 7th least profitable industry overall, with an overall profit margin of only 2.4% in total.

In fact, that profit margin is bolstered only by the sale of more profitable sources of income, with the profit margin made on selling gas itself hitting on average only 1.4%, according to IBISWorld, with gas stations making around between 5 to 7 cents of profit per gallon. 70% of profit at gas stations is made inside the convenience store itself.

The vast majority of gas price make-up comes from the price of crude oil itself, with refining and taxes also being responsible for taking another significant cut.

During the same speech, Biden asked incredulously if there were Republicans who would “rather have lower gas prices” domestically than create massive inflation by sending taxpayer dollars to Ukraine and causing international tension with Russia.

Many Americans reacted to the clip by affirming that they would, in fact, rather have lower gas prices than send massive amounts of money to Ukraine and stoke a possible armed conflict with Russia.