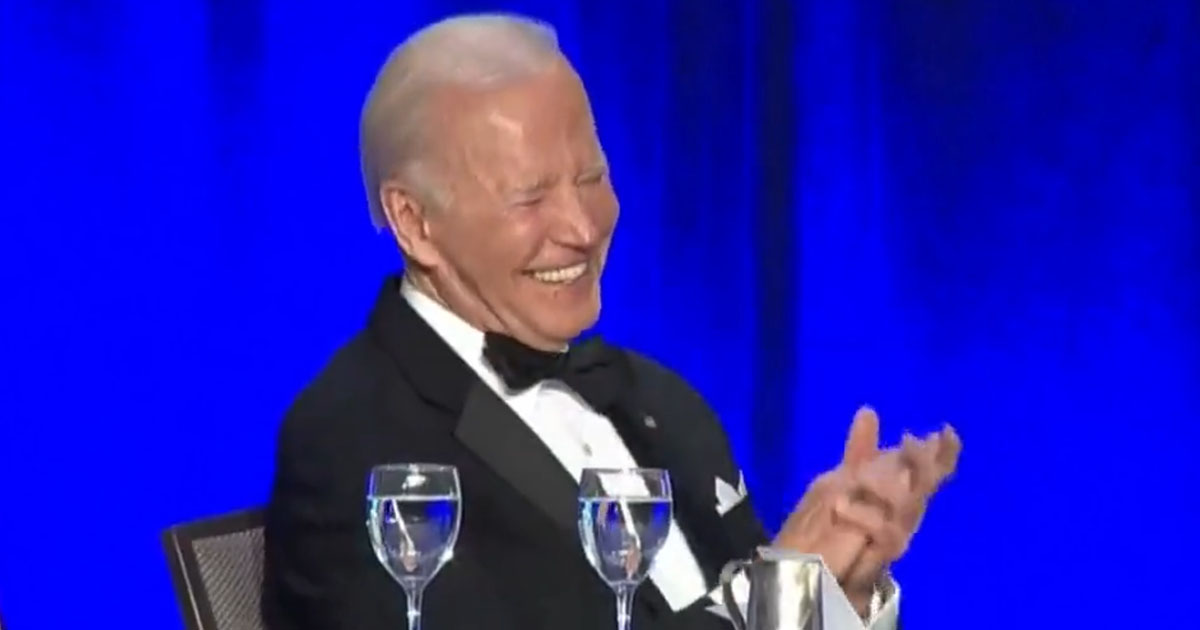 President Joe Biden responded to a joke about the economic struggles many Americans have been experiencing during the first year of his administration by laughing heartily during Sunday night’s White House correspondents’ dinner.

The event featured Biden attacking Republicans such as former President Donald Trump during a speech, and talking about his affection for the COVID vaccines.

The featured comedian of the night was liberal Comedy Central host Trevor Noah, who made several jokes about the poor performance of the Biden administration in certain areas.

“You know, I think ever since you’ve come into office things are really looking up,” Noah said. “You know, gas is up, rent is up, food is up, everything. No, it really has been a tough first year for you Mr. President.”

Biden responded to the joke by clapping his hands together, grinning broadly, and rocking back and forth in his seat while laughing.

“Since you’ve come into office, things are really looking up. Gas is up, rent is up, food is up! Everything!”

The crowd of government officials and corporate journalists also joined in the laughter and applause.

As Valiant News previously reported, Biden has mixed his messaging regarding the economic state of the country, sometimes even within the same sentence.

“Sir, how concerned are you about a recession, given the GDP report today showed a contraction of 1.4% in the first quarter,” a reporter asked the POTUS.

Biden continued, “But here’s the deal; we also had last quarter had consumer spending and business investment and residential investment increased at significant rates, both for leisure as well as hard product. Number one number two. Unemployment is at the lowest rate since 1970.”
Spread the love
In this article:Featured, Inflation, Joe Biden, Trevor Noah