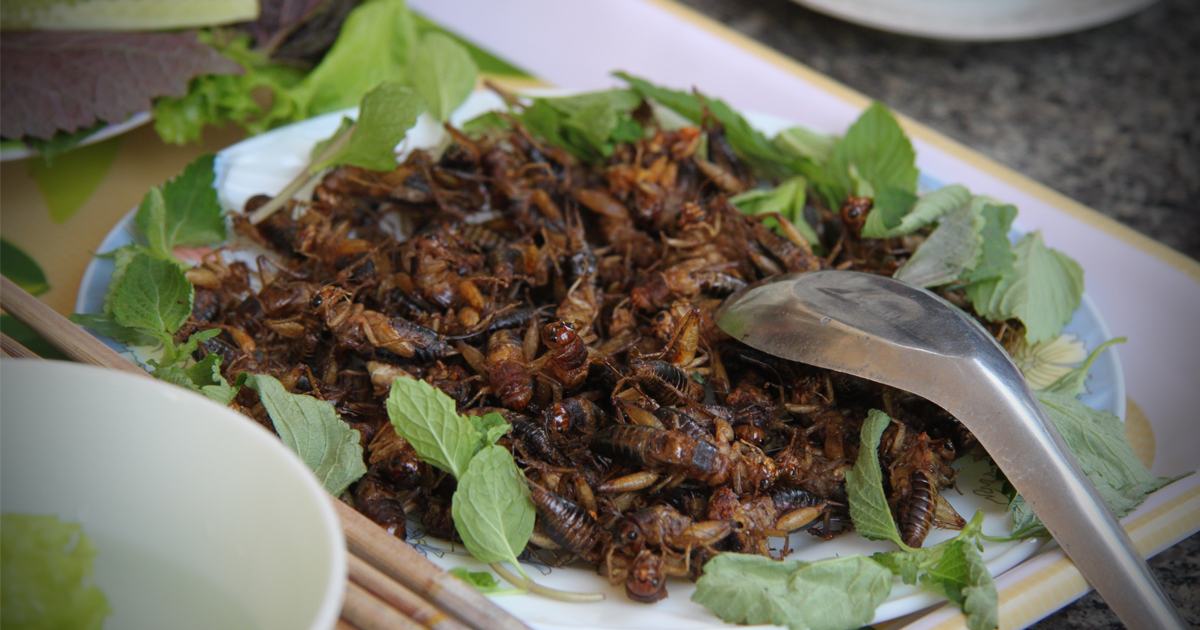 Children in four primary schools in Wales are set to be given the option to eat various bugs, as part of a science experiment, with those involved hoping the kids will persuade their parents to eat more insects.

The study is set to start this week, and will feature surveys, interviews, and workshops with children between 5 and 11 across the selected schools in Wales. The researchers, who have teamed up with administrators at the schools, are hopeful that the children will try a wide variety of bugs, including crickets, grasshoppers, silkworms, locusts, and mealworms.

Responses will be used to judge the appetite from children for “alternative protein,” as scientists search for various ways to supposedly reduce carbon footprints, much of which is claimed to be locked in with meat consumption. The findings will then be put to assessing the best ways to educate children about the benefits of eating bugs.

“We want the children to think about alternative proteins as real things for now, rather than just as foods for the future, so trying some of these foods is central to the research,” Christopher Bear of Cardiff University told iNews.

Carl Evans, the headteacher of Roch Community Primary School in Pembrokeshire, said that the issues of food production, sustainable development, are “important” to the children at his and the other schools, but that they can be “difficult to make sense of can often be confusing for them.”

Another researcher, Verity Jones, from the University of West England, hopes that children can be persuaded to eat insects, and then in turn use their “power of pester” against their parents to get them to eat bugs too. The children therefore act as “great agents of dietary change” within the family. 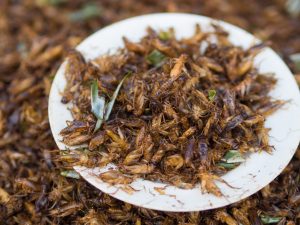 “Everyone eats insects everyday – there’s over 30 parts of bugs in every 100g of chocolate… bread, fruit juices, hops… you name it, you’re eating insects,” Jones said.  “I have found that, once children know that insects are already, by the very nature of processing, in many of the foods we eat; and are assured that they won’t become ill from eating them, they are very open to trying.”

Insects are currently only available to purchase for human consumption in very limited forms, but a new decision from the Food Standards Agency is expected to allow them to be brought onto British supermarket shelves temporarily next month, with a full approval likely to come sometime next year.

“We are aware that edible insects, as part of the alternative proteins market, can offer benefits, most notably for the environment,” said Michael Wight, head of food safety policy at the FSA. “We are working hard to support and advise businesses and trade bodies so that they can provide high quality dossiers and evidence as part of their novel foods applications.”

Valiant News reported in March on a study from the University of Helsinki which argued that eating meat grown in a lab and mashed-up bugs is good for the environment.

The study, which looked at the incorporation of “novel foods” into European/Western diets, suggested that switching over to substitutes from directly animal-related products could reduce the potential for global warming, as well as land and water use.

However, a key note in the study not included in other news reports was that the various diets that the study drew its conclusions from would be “difficult to realistically adopt at a large scale,” as they were “completely devoid” of animal-sourced foodstuffs, which still play a “substantial” role in global food systems.