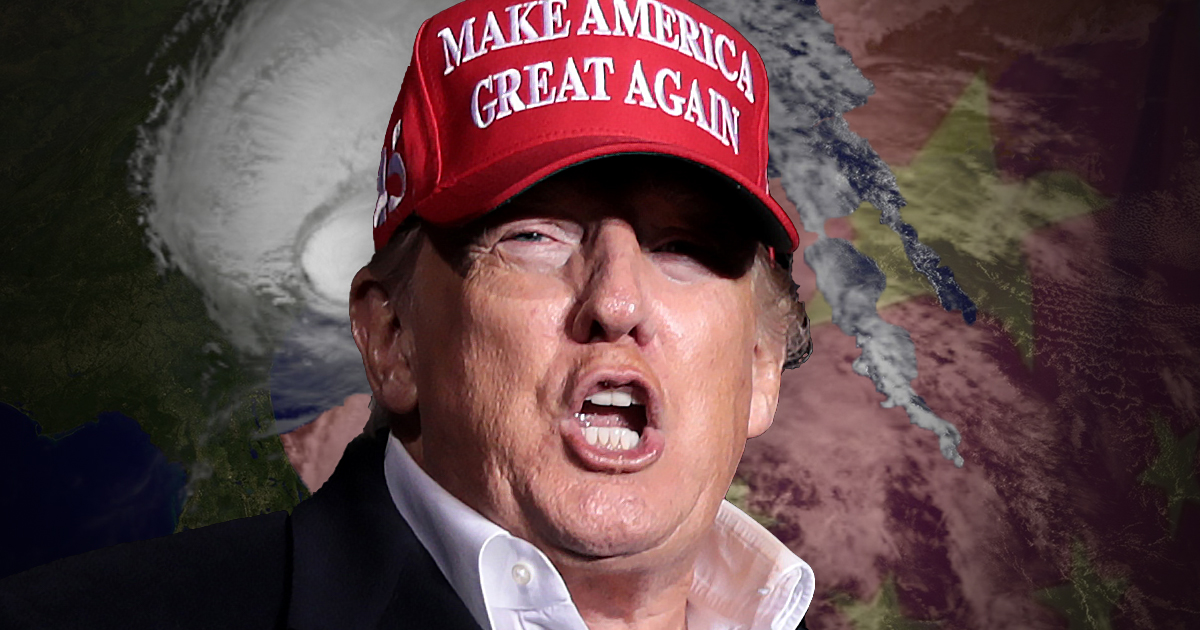 Around the beginning of his term, 45th President Donald Trump had repeatedly inquired his national security team and administration officials over concerns that China was potentially attacking the United States with weather weapons — specifically in the form of weaponized hurricanes, according to Rolling Stone.

He wanted to know, specifically, “Does China have the secret technology — a weapon, even — to create large, man-made hurricanes and then launch them at the United States?”

President Trump also asked if a military response could be considered if China had in fact been attacking the U.S. with weaponized weather technology, which could be viewed as an act of war, two former senior administration officials and a third person briefed on the matter have stated.

According to Rolling Stone, Trump had begun interrogating national security officials and other staffers about the potential for Chinese weaponized weather technology during his first year in office. The president brought up the subject less frequently in the following year, but reportedly joked about it on occasion.

“I was present [once] when he asked if China ‘made’ hurricanes to send to us,” said one other former senior official. The anonymous source dismissed the idea of Chinese weather weapons, and characterized the idea as laughable.

The 45th president “wanted to know if the technology existed. One guy in the room responded, ‘Not to the best of my knowledge, sir.’ …I do not know where the [then-]president would have heard about that…”

The report states that President Trump’s ideas could have stemmed from the U.S. Air Force’s Project Popeye during the Cold War, a project that “aimed to use cloud seeding — dropping salts and dry ice into clouds in order to induce rain and snowfall — to try and defeat the insurgency in South Vietnam.”

“The idea behind it was that we could we slow down weapons and materials getting from North to South Vietnam via the Ho Chi Minh trail by creating a monsoon season year round so that trail would be unpassable,” explained Vince Houghton, a historian and author of Nuking the Moon.

The Rolling Stone report then links to a press release from The State Council for The People’s Republic of China regarding the communist regime’s investment in “weather modification” services.

“By 2035, China’s weather modification should arrive at a worldwide advanced level in terms of operation, technologies, and services,” the release states.

Rolling Stone then assures its readers that China’s investment in “weather modification” services is purely for “agricultural production and disaster mitigation,” ostensibly based on the release from the Chinese government.

They then claim that the Chinese government statement has “prompted conspiracy theories in the kinds of right-wing fever swamps that often inform MAGA discourse.”