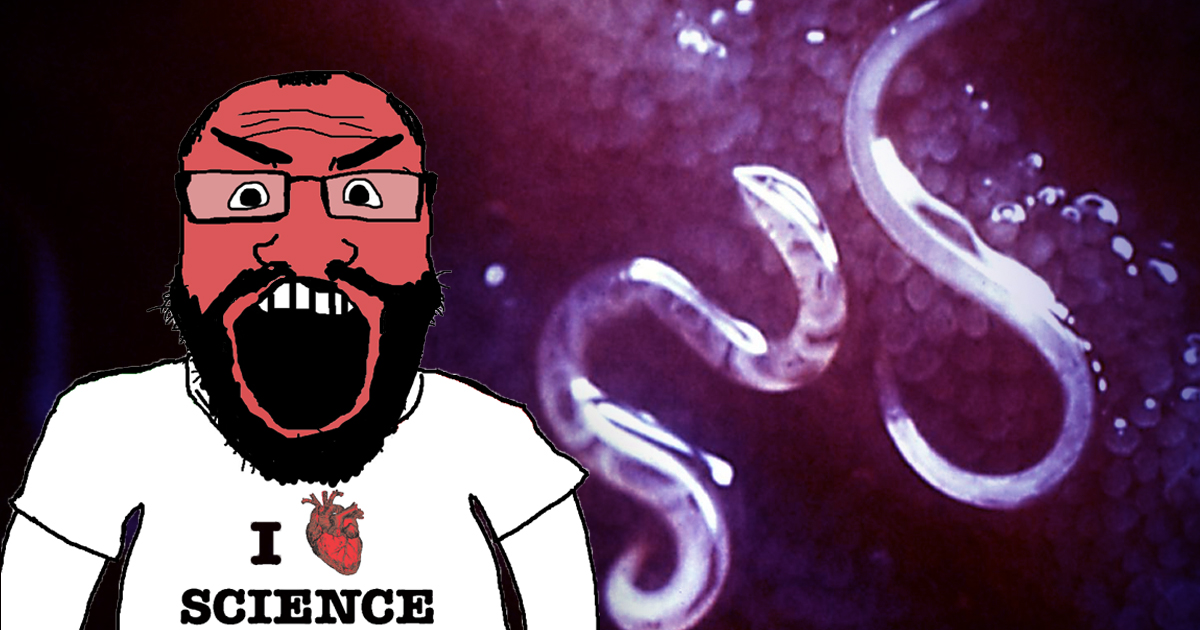 A new report has argued that sexism is to blame for a lack of parasitic worms that carry the names of eminent female scientists.

The report, headed by parasite expert Robert Poulin from the University of Otago, New Zealand, concluded that there was a “consistent gender bias” among the given names for species of parasitic worms that are named after “eminent scientists, with male scientists being immortalized disproportionately more frequently than female scientists.”

The group of scientists looked at eight journals where new species of parasitic worms where named, from 2000 to 2020, and separated the naming conventions of the approximately 2,900 worms discovered into five categories, one of which was “worms named after eminent scientists.”

“The gender of the scientist honoured in this way was also recorded; this was treated as a binary variable (male or female) based on the use of pronouns… by the authors in describing the contribution,” they wrote, but recognised that “gender is not binary,” and made sure to clarify that their approach “is not intended to disrespect the gender self-identity of any scientist.”

In order to correct the evident sexism seen in the names of parasitic worms, the report recommended scientists should “aim for inclusivity with respect to gender, ethnicity, or any other facet of human diversity.” When choosing other scientists to honour, they should aim to create a “fair representation” of the scientific community.

The study also discovered that there had been a trend towards naming parasite species for a “close personal friend or relative,” which they attacked as “questionable practice” that was reminiscent of both nepotism and cronyism.

Some worms ended up being named after celebrities, such as Baracktrema obamai, named after the 44th President, and Constrictoanchoratus lemmyi, named after Lemmy Kilmister from heavy metal band Motorhead. This is something that the report also warned against, as the names could end up causing “offence.”

“It is unlikely that a famous politician or artist will appeal to everyone among cultures, across generations or socio-political divides, or over time,” they wrote. “One person’s hero is another’s villain, and even celebrities that are widely acclaimed today can fall from grace tomorrow, leading to ‘nomenclatural regret’ for those who immortalized their name in a species.”