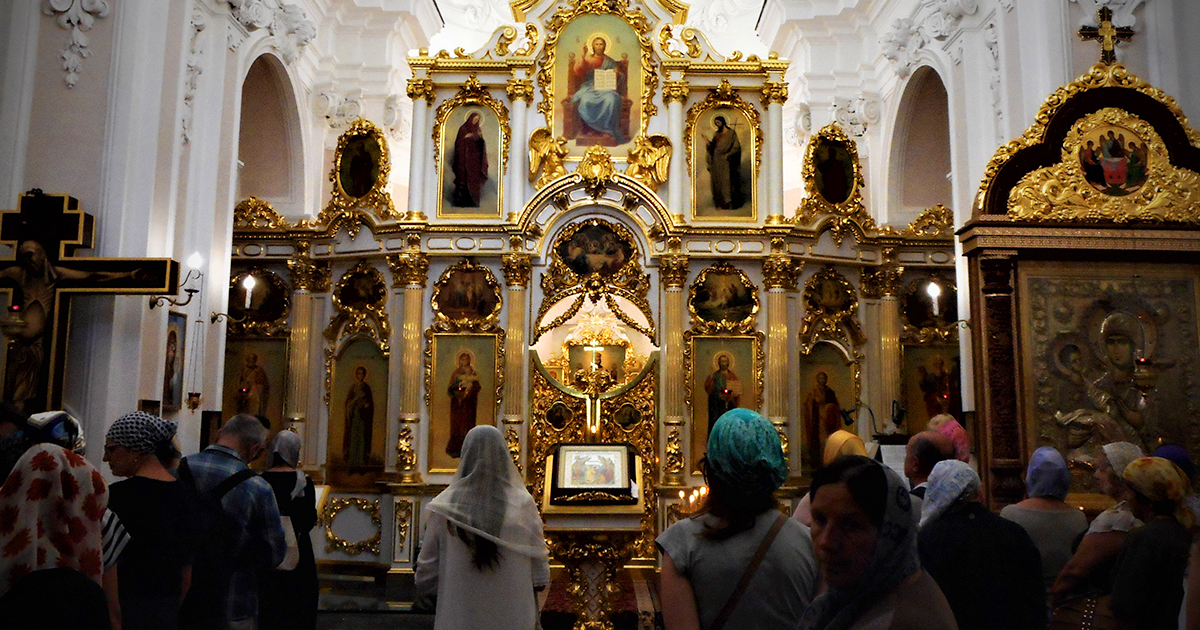 Several experts quoted by taxpayer-funded National Public Radio claim that Americans converting to the Orthodox Christian denomination of Christianity may be lured in by conceptualization of Russian President Vladimir Putin as a “king” and deep-rooted “white nationalism.”

NPR “Domestic Extremism Correspondent” Odette Yousef, who covers the “neo-Nazi skinhead movement in the U.S. and its connections to the far right extremism of today,” spoke to a series of Orthodox Christianity experts who claim that the Orthodox church is now a haven for bigotry and authoritarianism both in the United States and Russia.

“For many of them, Putin becomes this sort of king-like figure in their narratives,” postdoctoral student Sarah Riccardi-Swartz told NPR. “They see themselves as oppressed by democracy because democracy is really diversity.”

Apparently, Riccardi-Swartz has written a book that claims to connect Orthodox Christians to racist ideas.

Rather than the faith being inherently racist, at least, Riccard-Swartz claims that the church is “being sort of colonized by these converts in many respects” by racists who are “very digitally savvy.”

Another postdoctoral student, Aram Sarkisian, said the opposite, and suggested that the religion’s conservative nature is what attracts white nationalists to its ranks.

“They’re drawn to what they believe to be conservative views on things like LGBTQ rights, gender equality. Abortion is a really big issue for these folks, the culture wars issues, really,” Sarkisian claimed.

“And so they leave other faith traditions that they don’t believe to be as stringent about those issues anymore.”

Some far-right American Christians are converting to Russian Orthodoxy — saying they feel it's a church that's remained the same, regardless of time or politics.

But researchers warn there are strong strains of white nationalism and pro-authoritarianism.https://t.co/gdbpJJlWLY

Sarkisian asserts that white nationalism began to infest the church as early as 2010.

“I first started noticing this around 2010, 2011 on Orthodox blogs, where I started to see language and rhetoric that was subtly racist and was subtly engaging in what we would now know as the alt-right,” he claimed. “They bring it with them into the church because they see Orthodoxy as amenable to these goals, to these viewpoints.”

NPR then attempted to connect the Orthodox faith – which boasts 260 adherents worldwide – to the ill-fated Unite the Right rally held in Charlottesville, Virginia in 2017, noting that one of the organizers was apparently an Orthodox Christian.

“Russia’s war in Ukraine has prompted painful reflection among some faithful,” NPR reported. “The head of the Russian Orthodox Church, Patriarch Kirill of Moscow, gave religious cover to the war,” the state media outlet asserted. “He claimed that the invasion of Ukraine is necessary to protect Orthodox Ukrainians from Western influence — namely, gay pride parades.”

Pew Research, meanwhile, notes that of the 260 million Orthodox faithful, a massive 100 million reside within Russia.

Additionally, more than 75% of Orthodox Christians live in Europe, per Pew Research, “although there is a considerable Orthodox population in Ethopia,” which boasts 36 million Orthodox faithful.

Orthodox Christians split from the Roman Catholic Church in 1054 over theological issues including the supremacy of papal authority in an event historians call The East-West Schism, and the religion was persecuted under the Soviet Union in the 20th century.