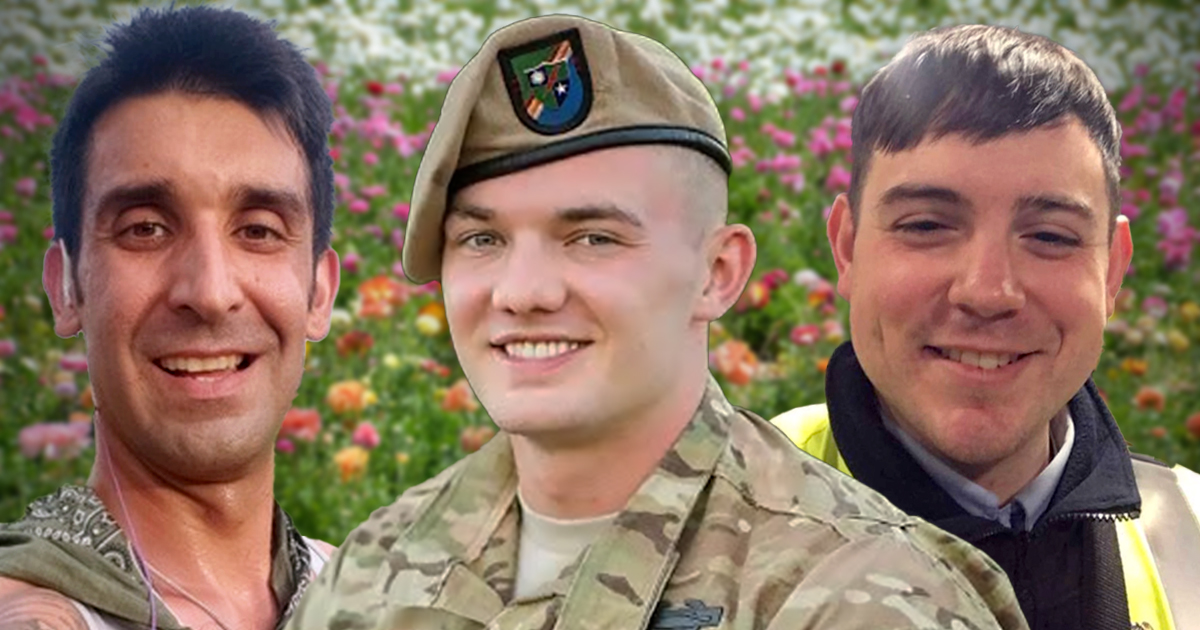 As Mother’s Day approaches, we think of ways to honor our mothers and the mother-figures in our lives. Many buy gifts, flowers, or plan dinners to celebrate their family’s matriarch. Unfortunately, there are many women among us who won’t be spending Mother’s Day with their children this weekend: The mothers of January 6th defendants.

For over a year, these determined women have put aside their lives to fight for their sons and nephews to be released from the hands of the United States government – in some tragic cases, losing more than just the battle against Joe Biden’s Department of Justice.

I spoke to three mothers who told me what they’ve been through since their families were separated by the Biden administration’s hunt for alleged January 6 offenders, no matter how minor the offense.

Each of these mothers have been galvanized by what happened to their children, and at least one has dedicated her professional life to helping January 6 defendants.

These women – Cynthia Hughes, Angela Morss, and Geri Perna – are only three among hundreds of families that have been severed.

Cynthia Hughes is the founder and president of the Patriot Freedom Project. Cynthia is a wife, a mother of four, an aunt, and a friend to the hundreds of people she helps. Cynthia’s nephew, Army veteran Tim Hale, was arrested on January 15, 2021 for protesting at the United States Capitol.

“Tim would give anyone the shirt off of his back,” she said of her nephew, who will be away from his family for a second Mother’s Day this year. She added that Tim “truly has a heart of gold.” 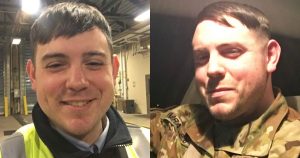 Tim Hale has been held in federal custody for 15 months, but Cynthia is still hopeful for his release and is looking forward to having at home again.

“I want to cook for him, anything he wants,” Cynthia told me. “I want him to sleep in a real bed. I want him to look at the sunshine and listen to the birds.”

After her nephew’s arrest, Cynthia wanted to create a support group for January 6 defendants and their families, and it eventually evolved into the Patriot Freedom Project, which helps supplement retainer fees for attorneys and bring families a bit of hope in the darkness. The first donation to the nonprofit was from conservative film-maker Dinesh D’Souza.

The Patriot Freedom Project has an application for financial services, along with a statement of financial facts on their website.

Angela Morss is the mother to Robert Morss, better known as ‘Lego Man.’ Angela has moved across the country in order to support her son during his pretrial detention hearings.

Robert was arrested in June of last year, which makes this the first Mother’s Day that Angela will be separated from her son by Biden’s Department of Justice. 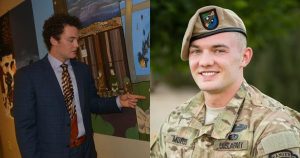 Many close friends have stood by her since his arrest, and they continue to provide hope and encouragement to the woman who uprooted her life to help her son.

First thing every Saturday morning, Robert will call Angela to have their “worship time.” Despite the fact that prison only allows fifteen minute phone calls at a time, Robert is able to call back about three times in a row since the rest of the inmates are usually asleep.

The pair open the call in prayer, listen to worship songs over the phone, and allow enough time to talk after.

Although the prison allows for video calls – since in-person visiting is prohibited – Angela is unable to gain access to this feature. She believes that she might be blocked from video visits on the jail’s behalf, as the hosting company claims there aren’t any technical difficulties on their end.

The only time Angela is able to see Robert in person is during his court appearances. Talking to her son is prohibited, as is simply mouthing “I love you.”

Angela is raising money for his legal defense via the Christian fundraising website GiveSendGo, and expects they will need at least $85,000 in total.

Geri Perna was very close to her nephew, Matthew Perna. Matthew was “the most vibrant, positive, ‘life-of the-party’ person you ever met” to those in his life. That makes the circumstances of his passing even more tragic.

Matthew attended the United States Capitol rally to “peacefully stand up for his beliefs” and exercise his rights as an American. Wearing a Make America Great Again sweatshirt, he walked through an already-open Capitol door where Capitol Police were waving protestors inside. Matthew was not violent, nor did he enter the offices of any elected representatives. He walked inside the velvet ropes, meandering around for roughly 15-20 minutes before exiting the building. 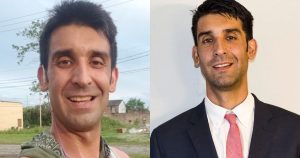 That was enough for the Biden administration to strike Matt with felony charges after he willingly turned himself in.

While awaiting sentencing post-January 6, Matthew reportedly took his life on February 25, 2022, exactly one year after he turned himself into the FBI.

His family says he passed from a “broken heart.” Geri will never spend another Mother’s Day with the nephew that was so much like a son.

“I feel like I’ve lost a son, and my son feels like he lost a brother,” Geri said. “Even though he wasn’t my son, this has changed me. I don’t look at things the same way anymore.”

Geri explained that this really showed her who she could count on in life, detailing childhood friends that abandoned her when her family needed the most support.

Still, Geri shared how everyone in Matt’s life attended his funeral, including those present early in his adolescence. Despite contradicting media reports, Geri told me that Matt’s closest friends did not reject him before his death. He was simply overcome with depression, with the Biden administration’s case against him looming like a Sword of Damocles.

This was a clear violation of Matthew Perna’s right to a speedy trial, many of his supporters argue. Perna, however, was far from alone in waiting for a trial date that never seemed to come as legal bills and the accompanying stress mounted.

Geri created a website to share Matt’s tragic story and continues to raise money to have his name exonerated.

More than 700 Americans have been arrested for attending the protests on January 6. Many are charged with non violent offenses, and the majority are still awaiting trial or sentencing.

Many of these men and women find themselves in part of a D.C. jail known as the “Patriot Wing” while others have been shipped to facilities in Virginia and Pennsylvania. More, still, are awaiting their fate in jails in their native cities, scattered across the United States.

This means 700 or more mothers may be separated from their sons and daughters on this Mother’s Day.

As we celebrate this weekend, it’s worth remembering those whose lives have been forever changed due to the protests on January 6.

If you or a loved one are considering suicide, please call the National Suicide Prevention Lifeline 24/7 at 800-273-8255.

If you are experiencing emotional distress and cannot use the phone, please text HOME to 741741 to contact the Crisis Text Line for free mental health services.