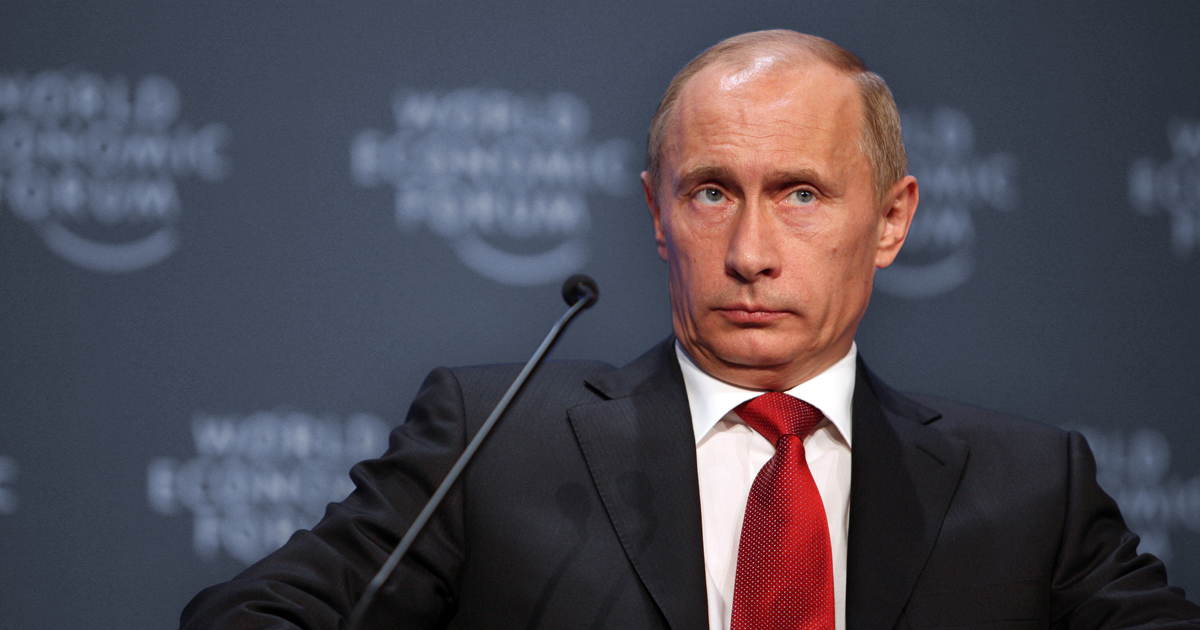 Ex-spy Christopher Steele, who created a wholly fake dossier claiming President Donald Trump went to Moscow to have women urinate on him that has been debunked for almost half a decade, now joined other current and former intelligence officials in saying that Vladimir Putin is on the brink of death, likely from cancer or possibly Parkinson’s.

Steele is experiencing a resurgence in the media during the Ukraine war after previously embarrassing himself and his profession during the 2016 election.

The former spy was commissioned by Hillary Clinton’s campaign to find compromising material on Trump. It was later revealed that he was paid $95,000 by the FBI from 2014-2016, including the time he was gathering information to be used by Democrats against Trump.

Now, Steele is back with claims Putin is dying, and was featured by British tabloid The Daily Sun, which shared the ex-spy’s extensive knowledge about Russia.

“He’s constantly accompanied around the place by a team of doctors,” Steele claimed earlier this month. “Meetings of the security council that are shown to supposedly last for a whole hour are actually broken up into several sections… he goes out and receives some kind of medical treatment between those sections,” he claimed.

He claimed that Putin’s mystery illness – which the British have interchangeably suggested is either Parkinson’s disease or cancer – has left the Kremlin in “increasing disarray… and chaos.”

Other British tabloids have spread an undated, low resolution of video of Putin, claiming it shows him shake uncontrollably.

Steele, who left his job for MI6 in 2009, was quoted among other, anonymous intelligence officials, including one who claimed Putin may already be dead, with the Kremlin using body doubles to fool the rest of the government and the public.

“It is believed that Putin has employed body doubles in the past when he has been unwell and the Kremlin could be doing so now,” said one anonymous source after claiming it was “impossible” to know whether the Russian leader is still living.

“The real fear (for his cronies) is that once his death is announced there could be a Kremlin coup and Russian generals will want to withdraw from Ukraine,” the source claimed. “Putin’s death will leave them powerless and vulnerable so they have a vested ­interest in saying that Putin is alive – when the reverse could be true.”

Regarding Steele’s dossier on Trump, it was later revealed that Trump did not go to Russia when Steele claimed he did, and that Steele’s primary source for the document was based in the United States, not Russia. That source later personally debunked the “pee tape” allegation while speaking to the FBI.

The U.S. government also relied on media reports to corroborate the claims in the report, something intelligence analysts say is unorthodox.

Still, Steele maintains that he did nothing wrong and stands by the information in the debunked dossier, despite even the New York Times referring to it as “discredited”.