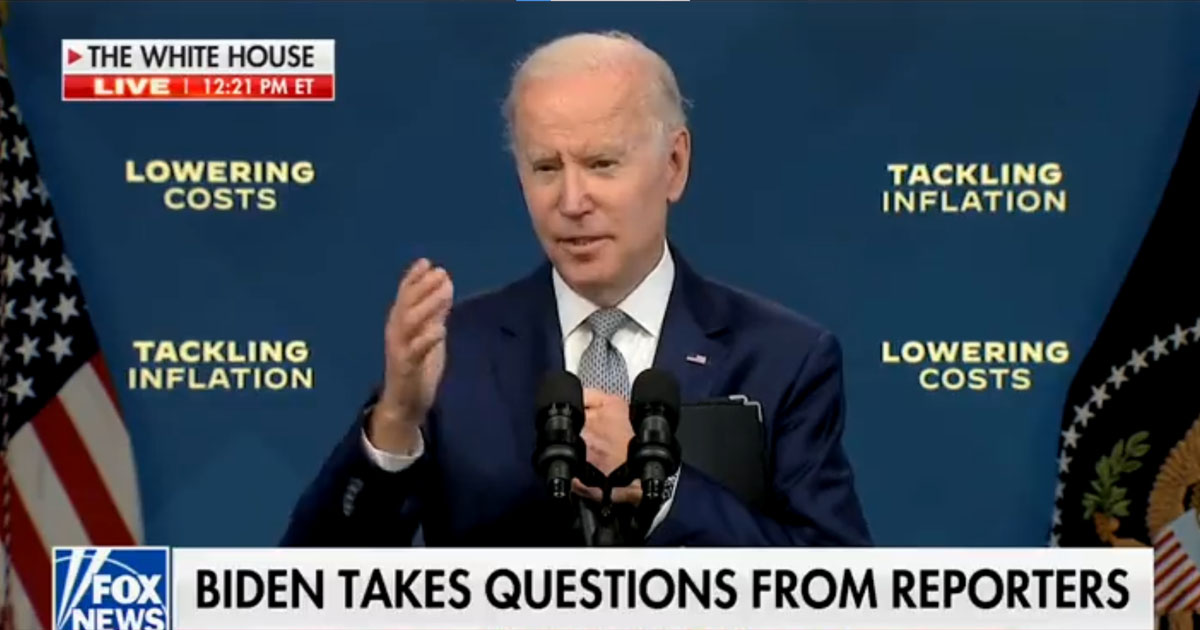 President Joe Biden incorrectly stated that the Democrat party controls all three branches of government on Tuesday, though he appeared to realize his mistake and walk it back afterwards.

Biden responded, “First thing is, we’re in power. That’s the first thing. And you’re justifiably right, we control all three branches of government.”

“Well, we don’t really, we have 50-50 in the Senate, you need 60 votes to get major things done,” Biden said. “I’ve been pushing the tings that I’ve been proposing here.”

In addition, Biden said, “Uh, I think that uh, um, you know, it’s, they’re – they’re not focused, all they’re focused on understandably is the problem they’re facing.”

Reporter: "Why do you believe so many Americans believe your administration is not doing enough to combat inflation?"

Biden: "We’re in power. That’s the first thing. And you're justifiably right, we control all three branches of government." pic.twitter.com/oyLn2480Lc

Biden went on to describe the situation as “extremely complicated.”

As Valiant News previously reported, Biden began wandering around the stage when Vice President Kamala Harris was making prepared remarks on Monday, and later mispronounced a member of Congress’ name after admitting White House staff asked him to not read names aloud.

When music playing on Harris ended, Biden turned to his left and began shuffling behind her, then stopped and turned back around after she said, “Good afternoon everyone, please have a seat. Good afternoon.”

“I started off when I had the list, I said gimme the – and it started off, I said Sheri Butros,” Biden said mispronouncing the name of Rep. Cheri Bustos.

“They said, ‘wait there’s a lot of people on here don’t do it,’ anyway, but, [unintelligible] the people who are here are John Hickenlooper, Cheri Butros, Dan Kildee, Tom O’Halloran, Eliza Slotkin, excuse me, uh uh Elissa Slotkin, and uh, and representative Sansbury,” Biden continued.