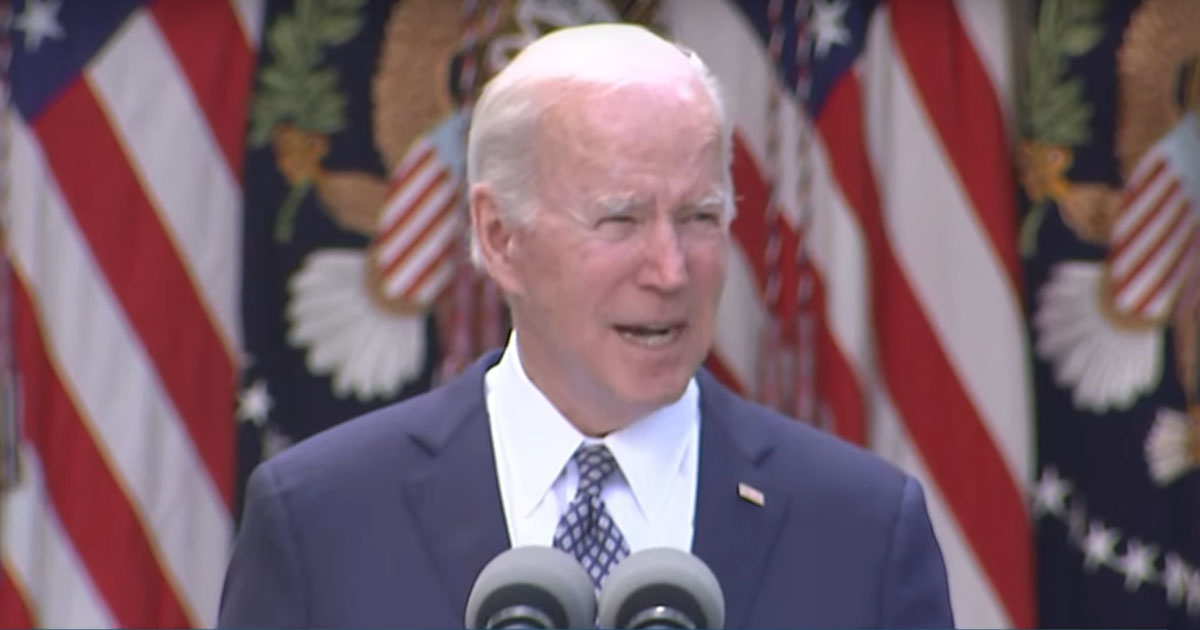 President Joe Biden revealed on Tuesday that his wife, Dr. First Lady Jill Biden, has an issue with him being of Irish descent and will “get mad” at him when he mentions his heritage.

He then stated that he was “only joking” and “teasing.”

“You know, you were telling the story, Jill was gonna get mad at me for reminding [unintelligible], I happen to be Irish,” Biden said. “It’s a problem sometimes with Jill, but I’m only joking.”

Biden: "I happen to be Irish. It's a problem sometimes with Jill…" pic.twitter.com/cVSHLlifr0

In 2020, when a BBC reporter demanded he answer a question, Biden replied, “The BBC? I’m Irish.”

The moment when @NickBryantNY asked @JoeBiden for a quick word.

He replied with a smile, “The BBC? I’m Irish.” #PresidentElect #Election2020 pic.twitter.com/gjsLCxmlLq

The Irish Post reported in March 2021 that Biden is only five-eighths Irish, not full-blooded Irish.

According to the Irish Post, “By heritage, Joe Biden is roughly five-eighths Irish. All of his mother’s family traces back to Ireland with ancestors named Arthurs, Blewitt, Boyle, Roche, Scanlon and Stanton accompanying her Finnegan name. The last one-eighth comes from his father’s side, which contributed the Hanafee name.”

Following his remarks on Tuesday, Biden did not explain why Dr. Jill would be “mad” at him for being Irish. Nor did he explain why “joking’ or “teasing” about the subject would be humorous.