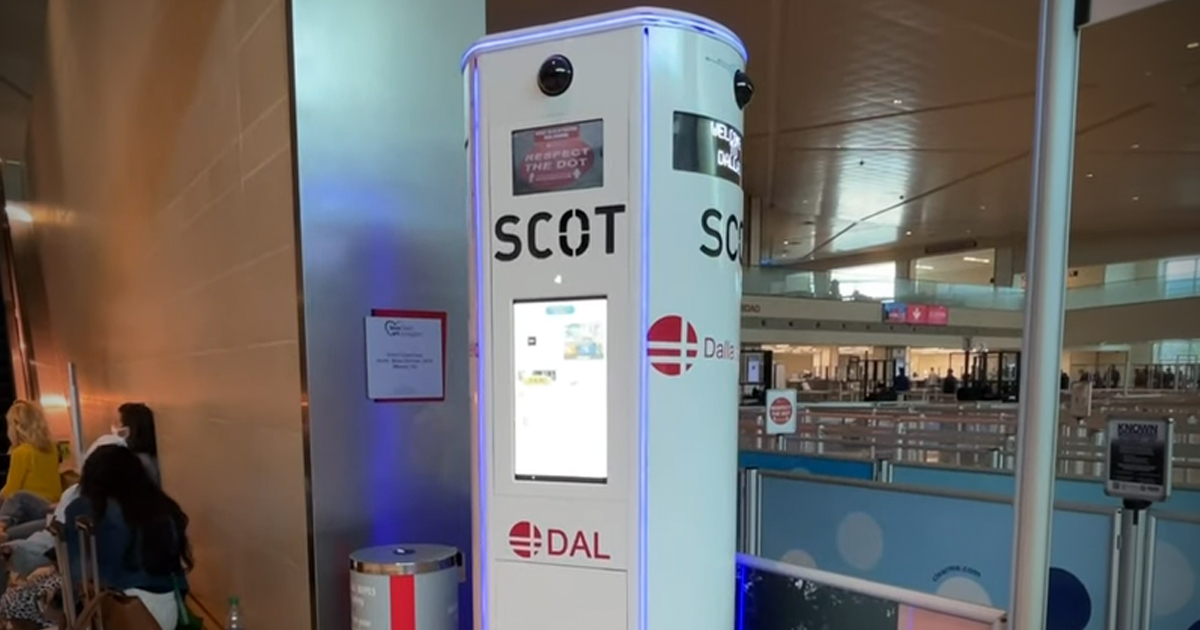 A pair 7-foot-tall robot towers have been installed at the Dallas Love Field airport in Texas, and their goal is to monitor travelers for face mask violations and report their findings to airport security.

The new robots – called Security Control Observation Towers, or SCOT for short – will make sure that passengers are wearing their face masks properly and “not parking too long at the curb” to pick up travelers, reports the Dallas Morning News.

Some expressed skepticism about surveillance technology being utilized against unwitting Americans simply trying to catch a plane.

Adam Schwartz, a digital privacy rights attorney who spoke to the Dallas Morning News, said it was “concerning” to see an airport install “a new system of artificial intelligence.” He warned that it “raises a lot of questions” about the technology’s purpose.

Apparently, airports view the robots as a solution to the ongoing labor crisis in the United States that has large businesses with stringent COVID rules struggling to find new employees.

“This has more of a full-circle purpose to be a regular, physical deterrent,” said Steve Reinharz, the CEO of the company behind the robots. “That’s the direction the industry has to go because we have some significant labor issues.”

Apparently, there is another airport somewhere in the United States that is testing the robots, but its name and location have not been disclosed.

The Biden administration has seen fit to continue its strict face mask rules for mass transit, including airplanes, even as other countries disregard them citing new, milder strains of COVID-19 and low infection rates.

Last month, a series of high profile airlines in the United Kingdom stopped requiring masks on board their flights for the first time since the COVID-19 pandemic made the items a near-constant worldwide.

However, the UK airlines were careful to note that their policy on face masks depend entirely on the traveler’s destination. Any British people seeking to enter the United States, for example, should expect to be forced to wear their face mask for the entire flight across the Atlantic.