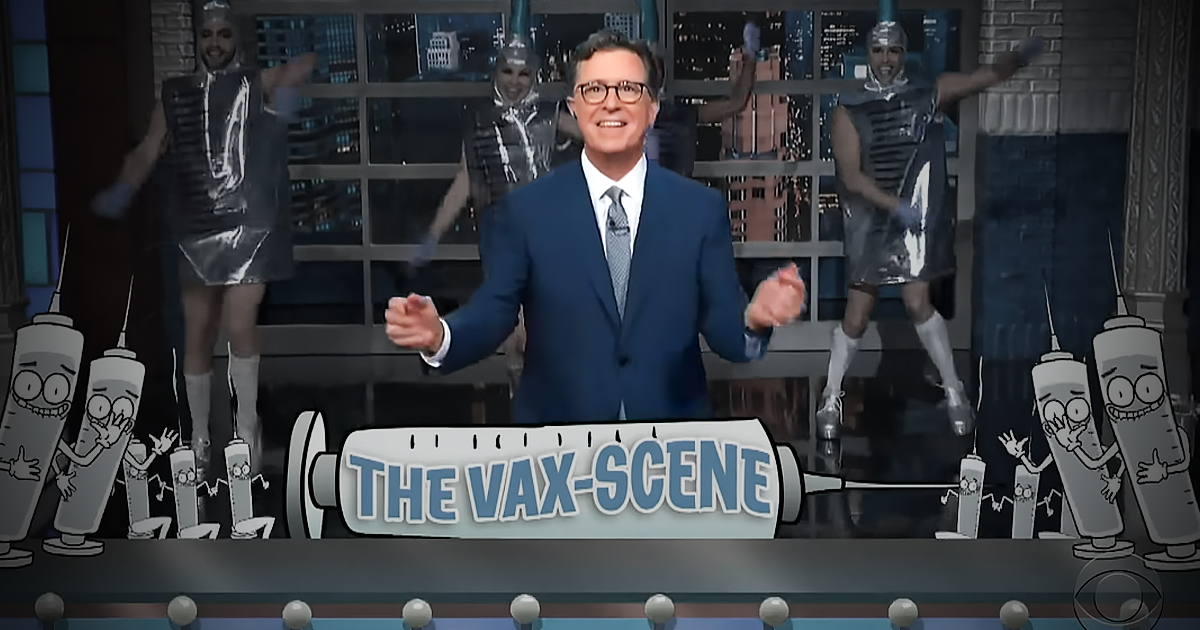 Triple-vaxxed liberal Democrat television host and former comedian Stephen Colbert, known for running numerous bizarre segments advertising the COVID-19 vaccines, announced that he has been infected with COVID-19 after being vaccinated.

“Yep! I tested positive for Covid, but basically, I’m feeling fine- grateful to be vaxxed and boosted,” he wrote on Twitter today. “Thank you for the well wishes.”

As a result of triple-vaxxed Colbert’s testing positive for COVID-19, he canceled tonight’s broadcast of his show.

“Stephen Colbert has tested positive for Covid-19. Tonight’s show is cancelled. As previously planned, the show will be airing repeats tomorrow through next week. We will return with new episodes on May 2nd,” the Late Show tweeted.

Stephen Colbert has tested positive for Covid 19. Tonight’s show is cancelled. As previously planned, the show will be airing repeats tomorrow through next week. We will return with new episodes on May 2nd.

Colbert received low marks, and faced accusations of being “strange” throughout 2021 over a bizarre pro-vaccine campaign that he launched on his show called the “Vax-Scene.”

As part of the regular segment, Colbert would unveil a new COVID-19 vaccine-themed song, usually featuring animated characters. When he eventually returned to his studio after months of working from home, the segment culminated with humans wearing needle costumes as Colbert danced.

“It’s sad seeing like Stephen Colbert because I used to think that he was funny. And seeing him now is cringe,” Shields said. Rogan replied, “He’s weird, right?”

“That was strange. I want to be in the meeting when they pitched that,” Rogan said of Colbert’s skit. “Like, where’s the joke? People are gonna watch this?”

The campaign featured images of individuals dressed up as syringes while dancing, edited versions of popular songs to include pro-vaccine messaging and slogans, and comedic bits about vaccines that fell short in the eyes of the public.

Fellow COVID-19 victim former President Barack Obama railed against Americans who have opted not to receive the controversial vaccines in a speech earlier today where he stated “we have now essentially clinically tested the vaccine on billions of people.”

During his speech, Obama said that the COVID-19 vaccine push by various western governments, including the United States, was “essentially” a clinical “test” on “billions of people worldwide.”

Experts admit that COVID-19 vaccines may not prevent a vaccinated person from contracting the virus, but say they will lessen the symptoms experienced.