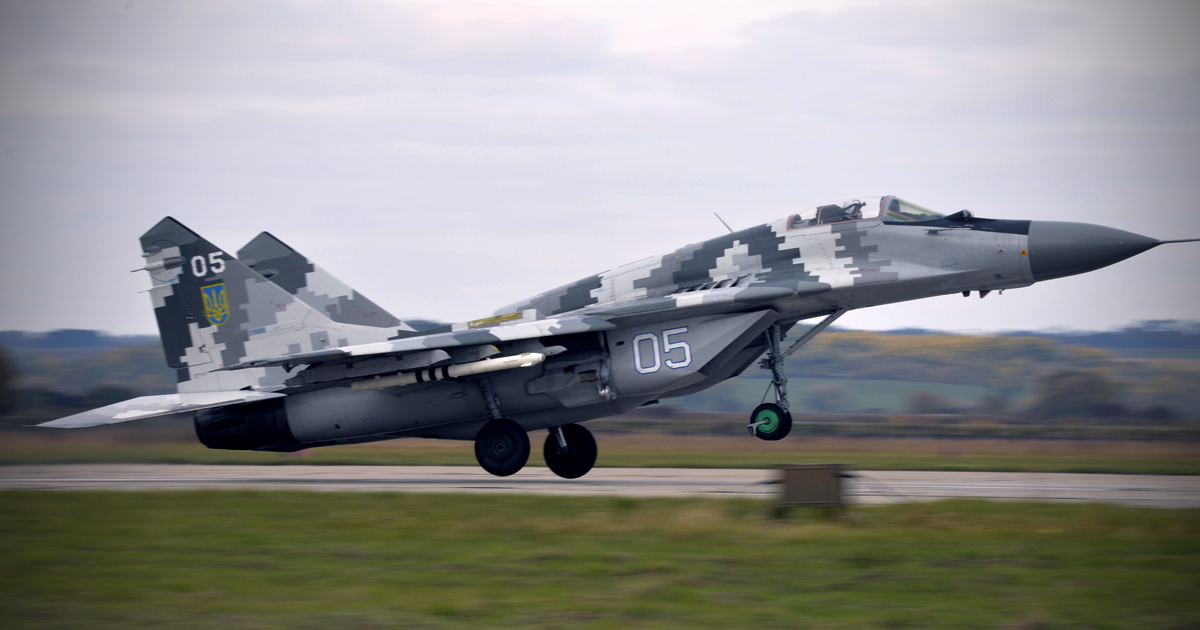 False news reports incorrectly claimed that a Ukrainian pilot who lost his life defending against the Russian invasion last month was the “Ghost of Kiev,” a fictional ace pilot who is meant to have downed 40 Russian fighter jets.

While many initially doubted the Ghost of Kiev tale, often pointing out that there has not been a single ace pilot in history whose feats compare to those of the fictional Ghost of Kiev, the story was never debunked and news websites have assigned the Ghost of Kiev moniker to Major Stepan Tarabalka, who was killed in combat on March 13.

Tarabalka was killed during an air battle where Russia was “dominant,” and was granted the honor of “Hero of Ukraine” after his death by Ukrainian President Volodymyr Zelensky.

However, Ukraine has publicly denied that Tarabalka was the Ghost of Kiev, or that such a person ever existed.

In a post on Facebook, translated into English, the Air Force Command of UA Armed Forces explained that “Hero of Ukraine Stepan Tarabalka is NOT ‘Ghost of Kiev’ and he did NOT hit 40 planes,” while cautioning Ukrainians to practice good “information hygiene” and stop spreading false news. They added, “On March 13, 2022, Major Stepan Tarabalka was heroically killed in an air battle with the dominant forces of the Russian occupiers.”

“Ghost of Kiev is a superhero-legend whose character was created by Ukrainians,” the Ukrainian Air Force Command clarified.

They then offered information debunking many of the viral images and videos that purportedly show the Ghost of Kiev piloting a U.S.-made F-16.

“Military pilots are not yet studying abroad on F-16, as much as we all want it,” they added, “American bombers too do not fly over Ukraine.”

Russia invaded Ukraine earlier this year after a months long standoff over the disputed Donbass region in eastern Ukraine. Moscow claims it launched a “special military operation” to protect ethnic Russians in the Luhansk and Donetsk breakaway republics from Ukrainian state violence, while Kiev and its international allies say the invasion was unprovoked.

In this article:2022 Invasion of Ukraine, Ghost of Kiev, Russia, Ukraine