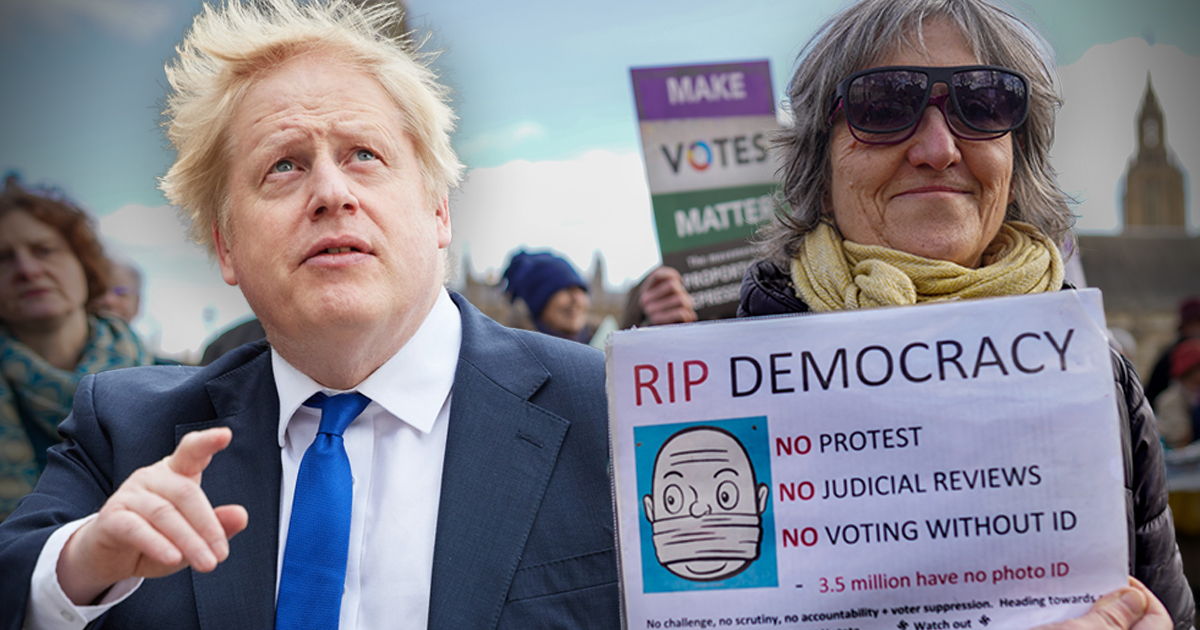 The British Parliament has passed the new Elections Act, designed to introduce voter ID, along with more stringent anti-fraud measures. Unsurprisingly, liberals online have declared that democracy in the UK is now non-functioning.

The act, which received Royal Assent on Thursday before the end of the Parliamentary session, will now require photographic identification for anyone who wants to vote. Previously no identification was required, only to give your name and address at the ballot box.

Voter ID was not the only measure instituted with the act. New systems were introduced to prevent ballot harvesting via mail-in ballots, and introduced parliamentary oversight onto the Electoral Commission, which currently oversees British elections, and has done so since 2001.

“It is paramount we protect the integrity of our ballot, so our elections remain secure for generations to come,” said Kemi Badenoch MP, the Minister for Equalities and Levelling Up Communities. “Royal Assent now means we can eliminate election fraud and make elections more inclusive, ensuring that everyone who is eligible to vote will continue to have the opportunity to do so.”

45th President Donald Trump last year praised the British government for wanting to bring voter ID into law. “This is exactly what we should do in the United States, unlike the Democrats who want to abolish Voter ID laws,” he said in a statement.

“All States should pass Voter ID laws along with many other fair and comprehensive election reforms, like eliminating mass mail-in voting and ballot harvesting, so we never again have an election rigged and stolen from us,” he continued.

However, leftist organisations have attacked voter ID along with the bill as a whole. “The real reason these laws are passed is to suppress the vote, and that is in fact what happens,” said Caren Short, senior staff attorney with the SPLC.

“There are certain communities that do not possess the required ID, or the underlying documents required to get the ID, and so it makes it harder for those folks to vote. That is what these laws are designed to do, and that is in fact what they do.”

Yet government research has revealed that 98% of electors have an “accepted form of identification.” Those who do not now have the ability to apply for a free Voter Card from their local council in lieu of ID.

It will get almost no publicity, but the government just won a vote to take control of the Electoral Commission. That’s right: Johnson will now wield ultimate power over another of the bodies designed to hold executive power in check. This is not a functioning democracy.

You are now up to date

This is really bad. Another step towards eroding liberal democracy in Britain.
The independent Electoral Commission made sure the (governing) parties would have to stick to electoral laws, e.g. rules for party finances and thus remain unable to rig future elections.

Ironically, the Electoral Commission itself recommended the introduction of voter ID across the rest of the UK since 2014. Northern Ireland has had voter ID since 2005, with no allegations that it has affected turnout, especially not of minority communities, and that allegations of “personation” voter fraud are now non-existent.

Spread the love
In this article:Featured, United Kingdom, Voter ID