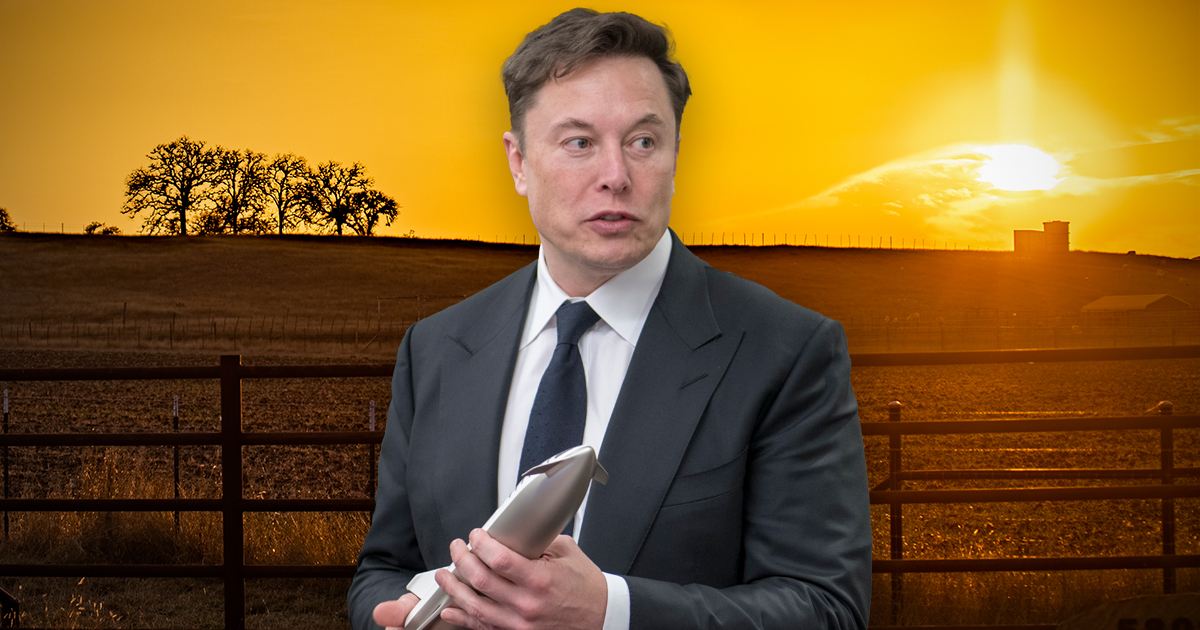 A Texas rancher has offered African-American Tesla CEO Elon Musk 100 acres of free land if he will pull Twitter out of San Francisco, California and move it to Austin, Texas.

The rancher, Jim Schwertner, first made his offer on Twitter, the social media platform Musk agreed to purchase for $44 billion earlier this week.

“Elon Musk, move Twitter to Schwertner, TX,” wrote the rancher. “38 miles north of Austin in Williamson County, and we will give you 100 acres for free.”

Elon Musk, Move Twitter to Schwertner, TX. 38 Miles North of Austin in Williamson County, and we will give you 100 Acres for FREE

“As President and CEO of Schwertner Farms, he oversees farming and ranching on 20,000 acres of land just north of Georgetown, in Williamson and Bell County,” the outlet reported of Schwertner. “He told Austonia he thinks Musk is the best thing to ever happen to Texas.”

“He added that a business like Twitter would add a lot of jobs and boost the economy, so giving the land, which is about 75 football fields, to Musk would be a ‘win-win for everybody.'”

The rancher added, “I mean, this area is exploding and we want to be part of this explosive growth.”

Musk would join other big tech companies if he moved to Texas. Meta, the owner of Facebook and Instagram, along with TikTok have already relocated to Texas. Texas Gov. Greg Abbott has courted big tech companies in an effort to bring new jobs to the state, though conservatives have expressed concern that the companies will bring their political biases with them.

Tesla, SpaceX, and the Boring Company – all owned or controlled by Musk – are already based in Texas.

New management under Musk reportedly has employees concerned about layoffs and hiring freezes, as well as a new requirement for workers to return to the office and cease working from home.

Musk apparently mocked Twitter’s work from home policies in a now-deleted tweet, suggesting the big tech company should turn its San Francisco headquarters into a homeless shelter because “no one shows up anyway.”

Tesla began requiring its employees to return to the office in April 2020, when much of the country was still isolating due to COVID-19 lockdown policies.