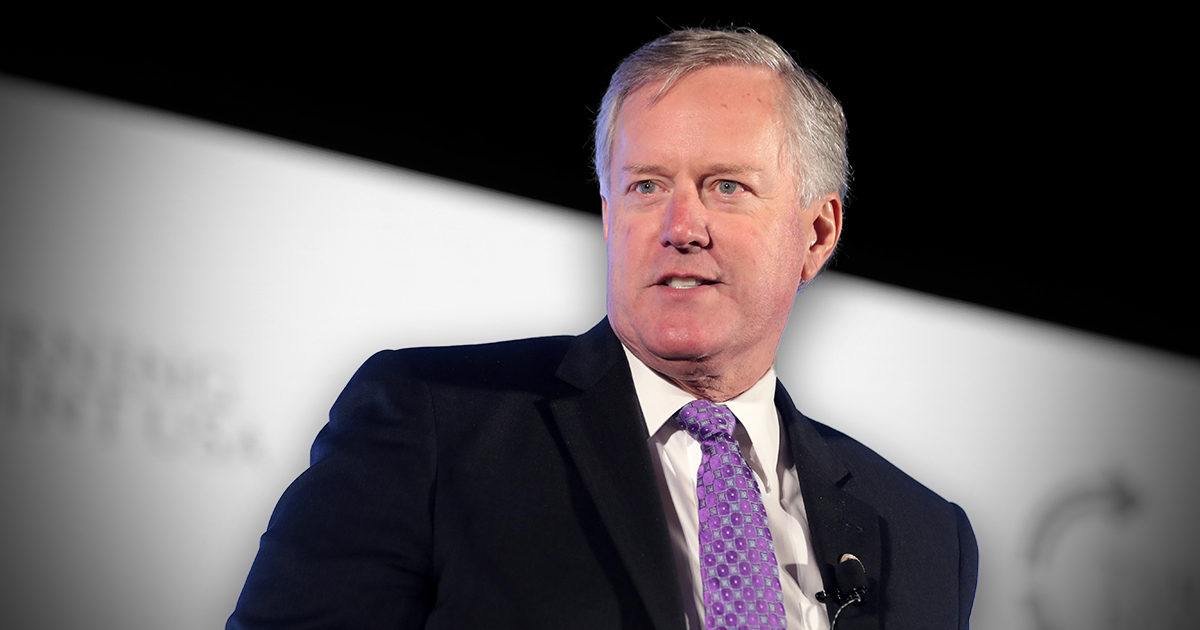 Former White House Chief of Staff Mark Meadows claims in a legal filing that the House select committee on January 6 is leaking the information he provided, namely text messages, in an attempt to “vilify” him in the media.

Meadows left the U.S. House to serve in the White House as Trump’s Chief of Staff at the beginning of 2020. Numerous text messages – both about the 2020 election and January 6 – have been released to the media through various means, including texts exchanged between Meadows and Virginia Thomas, the wife of Supreme Court Justice Clarence Thomas.

Now, Meadows and his lawyers accuse the committee of waging a “sustained media campaign” against Meadows, reports the Associated Press.

“The Congressional Defendants, under the auspices of a legitimate subpoena, induced Mr. Meadows to produce thousands of his private communications only to use them in a concerted and ongoing effort to vilify him publicly through the media,” wrote Meadows’ lawyer George Terwilliger in a motion filed Friday.

His lawyers also asked the judge to reject the committee’s request for a ruling that would require Meadows to provide more text message records. They say the former White House Chief of Staff deserves the opportunity for discovery, including to gather testimony contradicting the committee’s claims “that former President Donald Trump did not actually invoke executive privilege” over the subpoenaed materials.

Last year the U.S. House, controlled by House Speaker Nancy Pelosi, voted to hold their former colleague Meadows in criminal contempt for refusing to comply with the subpoenas.

The Department of Justice has yet to determine whether they will move forward.

Meanwhile, Meadows has written a new book about his time in the White House, even as conservatives have asked hard questions about his apparent ties to the Humpty Dumpty Institute, a Chinese group that apparently seeks to form close relationships with American politicians. The group was headed by Jeffrey Epstein’s brother at one time.

Meadows denied any involvement with the group, and said he has sent a cease and desist to the organization demanding they stop using his name on their promotional materials.