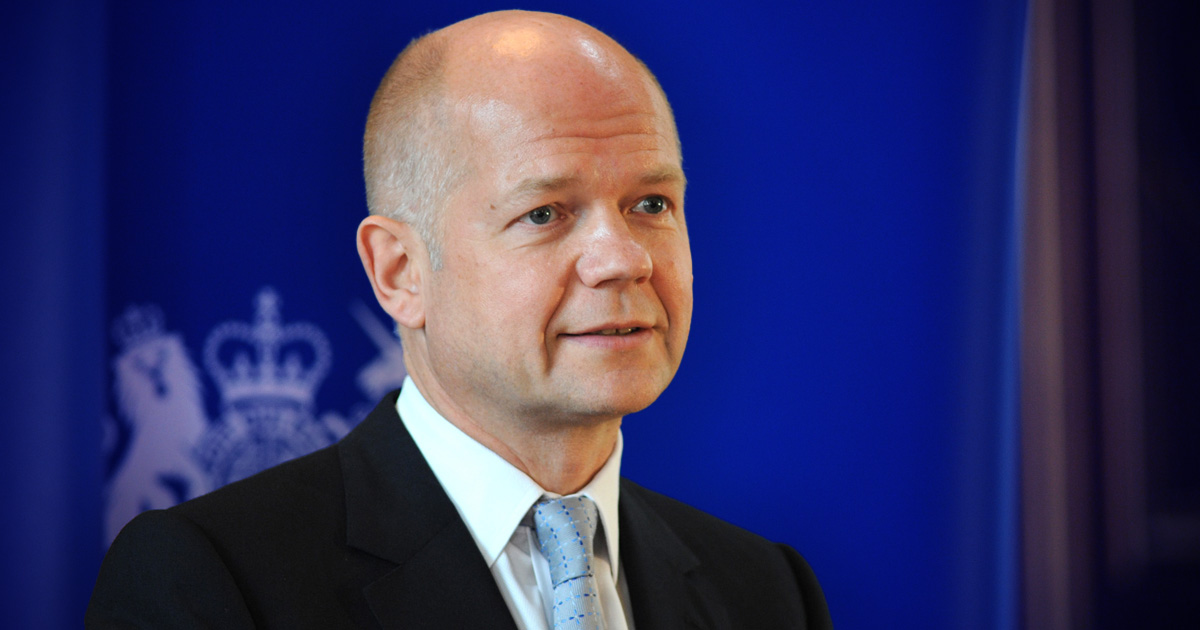 William Hague, the former leader of the Conservative Party in the United Kingdom, said that unlimited free speech online is a “disaster” for democracy, and that Elon Musk should fear politicians who would regulate Twitter “properly.”

Speaking on Times Radio on Tuesday, Hague, who served both as the leader of the Conservative Party during its wilderness years while Tony Blair was Prime Minister, and as Foreign Secretary under David Cameron, did not react positively to the prospect of Elon Musk purchasing Twitter in order to restore free speech and protect democracy.

“Social media is a disaster for democracy, and we would be much better off if the whole lot could be shut down immediately,” Hague said. “At the moment, the uninformed, ignorant, instant opinion is ranked equally alongside a considered opinion, or a debated opinion, and that’s deeply unhealthy for democracy,” he added, saying it would only get worse if President Trump returned to the platform.

The former Foreign Secretary argued in favour of radical, global regulation of social media, including: forced labelling of the “original source of any information, including if it came from Russia;” open-source algorithms for news feeds; a cooling-off period for replies; and a minimum post size, “so that you have to explain your argument.”

“If we did all that, we’d have a healthier democracy, and Twitter, I admit, would only be worth one tenth of what it is, but [Musk] takes the risk that someone like me will come along and regulate it properly,” Hague continued.

"The uninformed, ignorant instant opinion is ranked equally alongside a considered opinion or debated opinion, that's deeply unhealthy for democracy."@WilliamJHague tells #TimesRadio how he would drastically change Twitter to defend democracy.

Hague noted that he had used the platform during his term as Foreign Secretary to “answer people’s questions from around the world,” such as “somebody in the middle of India,” instead of a British citizen.

Related  Airbnb Bans Lauren Southern's Parents for Being Related to Her

“Now that is using social media to extend debate, but usually it is used to just assert something that may or may not be true, and that’s why it needs reform.”

However, he admitted that even though he argued that Elon Musk should fear reform, there were questions about who would, or even could do so. “Unless the United States led the way in doing this, of course, the rest of the world can’t really do it,” he pointed out.

The EU had warned Musk following the announcement of his buyout of Twitter that the site would have to “adapt completely to European rules” if they want to operate in the supranational bloc.

“Whether on online harassment, the sale of counterfeit products… child pornography, or calls for acts of terrorism… Twitter will have to adapt to our European regulations which do not exist in the United States,” EU commissioner Thierry Breton told AFP.

Kezia Dugdale, the former Scottish Labour leader, agreed with Hague during his appearance, saying that she was worried about Musk’s definition of free speech, claiming that free speech is not an “absolute right.”

“Donald Trump was been kicked off Twitter for using that free speech to incite riots,” Dugdale argued, saying it would be a “real problem” if Trump or others came back onto Twitter, as they would have “such a powerful communication force without any moderation whatsoever, which could lead us into really dangerous territory.”