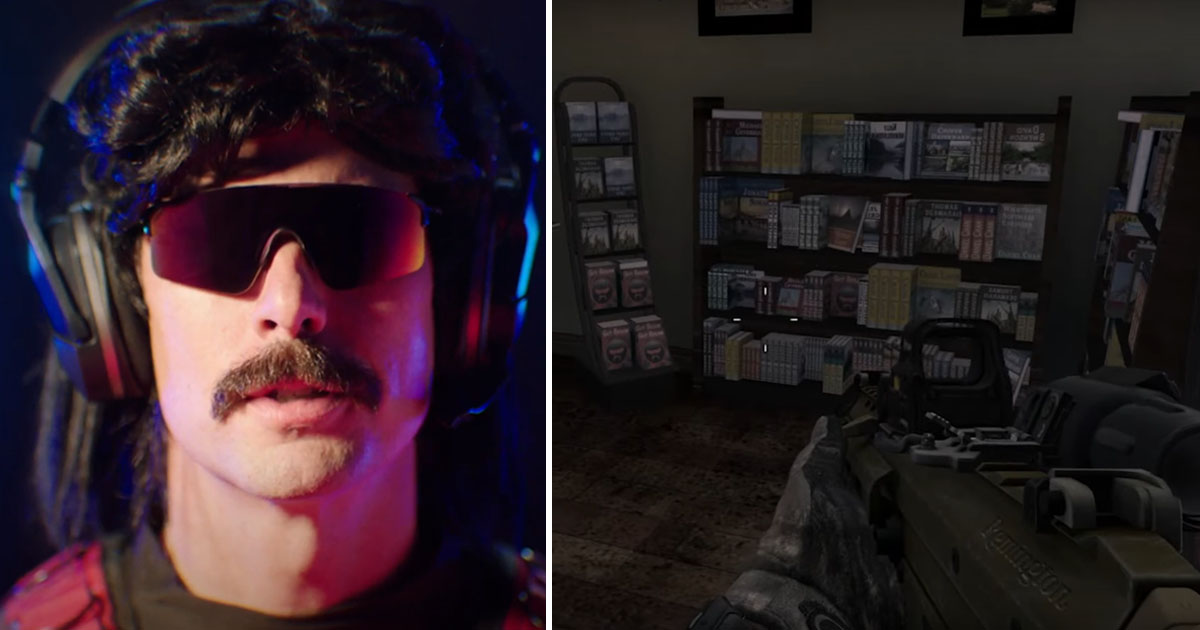 A Call of Duty player discovered an Easter egg in Call of Duty: Modern Warfare 3 over the weekend that directly referenced popular video game stream Dr. Disrespect, who worked on the design for the 2011 title.

Prior to launching his immensely successful streaming career, Guy “Dr Disrespect” Beahm worked as a level designer for Sledgehammer Games on the titles Modern Warfare 3 and Advanced Warfare, as well as a small portion of World War 2.

On Friday, the owner of the Modern Warzone account on Twitter discovered an Easter egg on the level “Scorched Earch” that referenced the Dr Disrespect logo and character.

A video posted by the account showed a bookstore in the “Scorched Earth” level that featured a display of a book featuring the Dr Disrespect logo and the name “Guy Beahm.”

Discovered a 12 year old @DrDisrespect easter egg in Modern Warfare 3 that I can't find anywhere on the internet. pic.twitter.com/6mujwum3er

“This isn’t an April Fools day joke. I basically found an entire ‘dev room’ in the mission Scorched Earth,” Modern Warzone noted. “None of these books are on any other area of the game. Sorry for saying ‘no shot’ so many times I just couldn’t believe what I was seeing and that it had never been found b4.”

No way Dr Disrespect was in MW3 this whole time… pic.twitter.com/qtLdyD0BC9

Dr Disrespect is currently working with the Midnight Society video game studio that he co-founded last year to develop a new project codenamed “Project Moon,” which will reportedly incorporate NFTs into the cosmetic design philosophy.