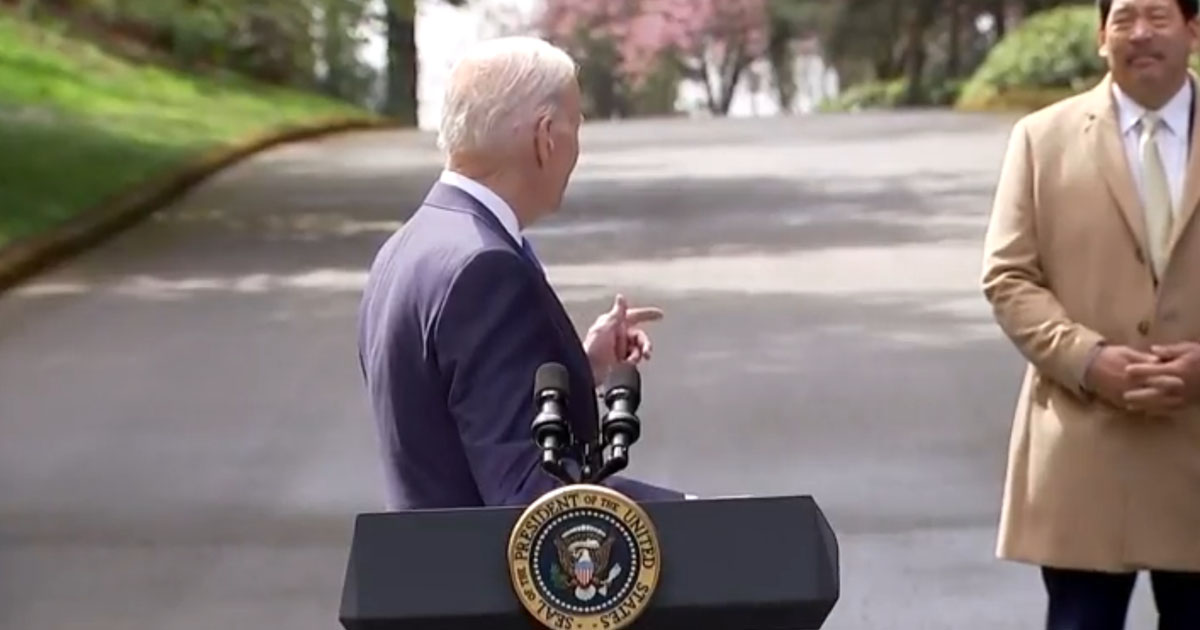 President Joe Biden stated on Friday that “as President of the United States, I get to spend a lot of” tax payer money, and he has chosen to spend “billions of dollars” to make sure “in the US military, every vehicle is going to be climate–friendly.”

“One thing I’ve found out as President of the United States, I get to spend a lot of that money,” Biden said of US taxpayer money.

When his statement was met with laughter from the press,” Biden retorted, “I get to decide, no I’m not joking.”

Biden continued, “And we’re gonna completely, b-before, I’m gonna start the process where in the US military, every vehicle is going to be climate–friendly. Every vehicle. We’re spending billions of dollars to do it.”

"Every vehicle in the United States military, every vehicle, is going to be climate friendly.” pic.twitter.com/V1PPSRE600

The POTUS’ statements come during a period of elevated tensions with nuclear foreign powers such as China and Russia.

Biden also stated “the environment” was the reason he got into politics. He had previously given several different reasons that had spurred him to join politics, such as civil rights.

Biden blamed Russian president Vladimir Putin for “70%” of the inflation in the US under the Biden administration during a speech in North Carolina earlier this month.

“Putin’s invasion of Ukraine has driven up gas prices and food prices all over the world,” Biden said. “Ukraine and Russia are the one and two largest wheat producers in the world. We’re three. They’re shut down. We saw that in yesterday’s inflation data.”

“What people don’t know is that 70% of the increase in inflation was the consequence of Putin’s Price Hike because of the impact on oil prices,” Biden insisted. “Seventy percent.”

Biden did not mention any data or studies that would back up his claim, and did not explain where the other 30% of inflation would have been coming from if he was telling the truth.

The POTUS then insisted that the US must “address these high prices, and urgently, for working folks,” without detailing any immediate plans under his administration for doing so.

Spread the love
In this article:Climate Change, Featured, Joe Biden, US military