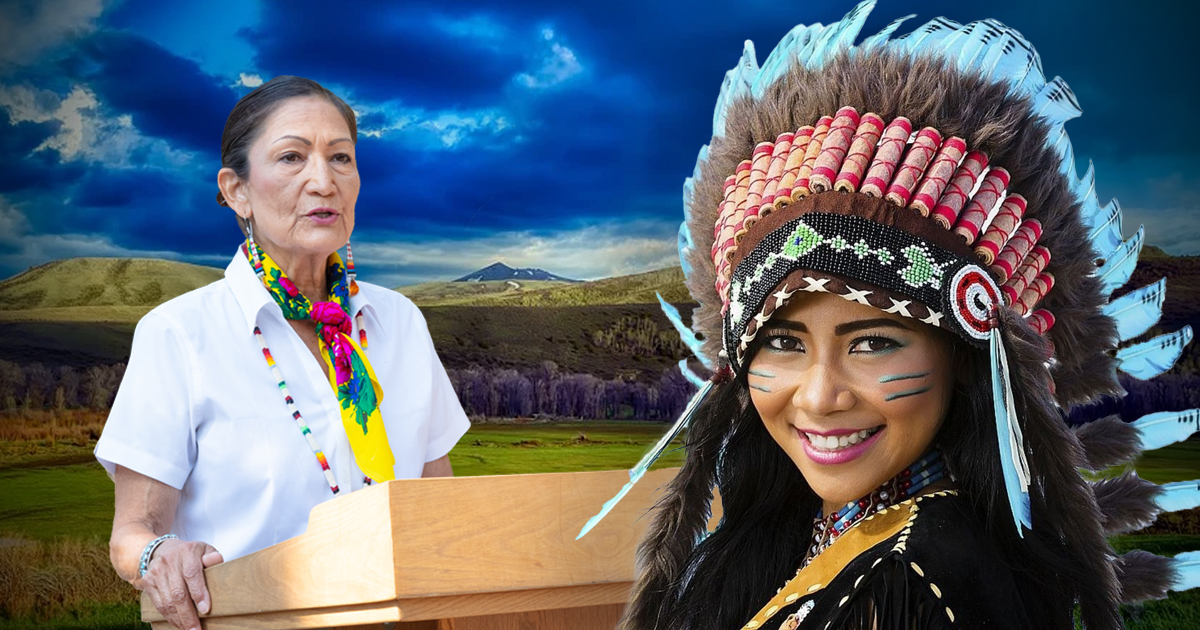 Joe Biden’s Department of the Interior are set to rename over 660 locations in federal areas to remove the supposedly “racist” term “squaw” from the map across the United States.

In November last year, Deb Haaland, the Secretary of the Interior – and first Native American to serve as a cabinet secretary – announced the creation of the “Derogatory Geographic Names Task Force,” with a plan to catalogue and rename all place names containing the allegedly racist term “squaw.”

The task was completed in February, with over 660 locations identified, with 40 of the 50 states featuring at least once on the list. Each place name has now been given 5 potential alternatives.

The Department of the Interior further declared that they would refer to the term as “sq___” in all official communications in future.

“Words matter, particularly in our work to make our nation’s public lands and waters accessible and welcoming to people of all backgrounds,” Haaland said in a statement. “Consideration of these replacements is a big step forward in our efforts to remove derogatory terms whose expiration dates are long overdue.”

However, it seems that the history of the term “squaw” has been re-written. While the term has certainly been used in a derogatory fashion, “squaw” is a practical transliteration of the Algonquin language term meaning woman.

The Wikipedia page for the term has certainly seen various changes of the years.

In 2015, the page described “squaw” as being an “English language loan-word,” noting its origins, but also fairly adding that “some indigenous North Americans consider the term to be offensive.” It also included various evidence regarding its origin and recorded use by Native Americans.

By 2017, the page had changed to declare that all “indigenous North Americans” consider the term offensive if used by “non-Natives,” and that use of the term within the tribes is rare, except when used as part of their traditional language.

Since 2018, the word was described as being an “ethnic and sexual slur,” with the current Wikipedia page declaring that “squaw” is never used by any “Native American, First Nations, Inuit, or Metis peoples,” with the etymology of the word no longer even considered to be important.

An article posted on Indian Country Today, which was initially published in January 2014, discussing the history of term, was updated only one day after the press release from the Department of the Interior was released, replacing all mentions of “squaw” with “s-word.”

Spread the love
In this article:Department of the Interior, Featured, Native Americans, Racism, Squaw