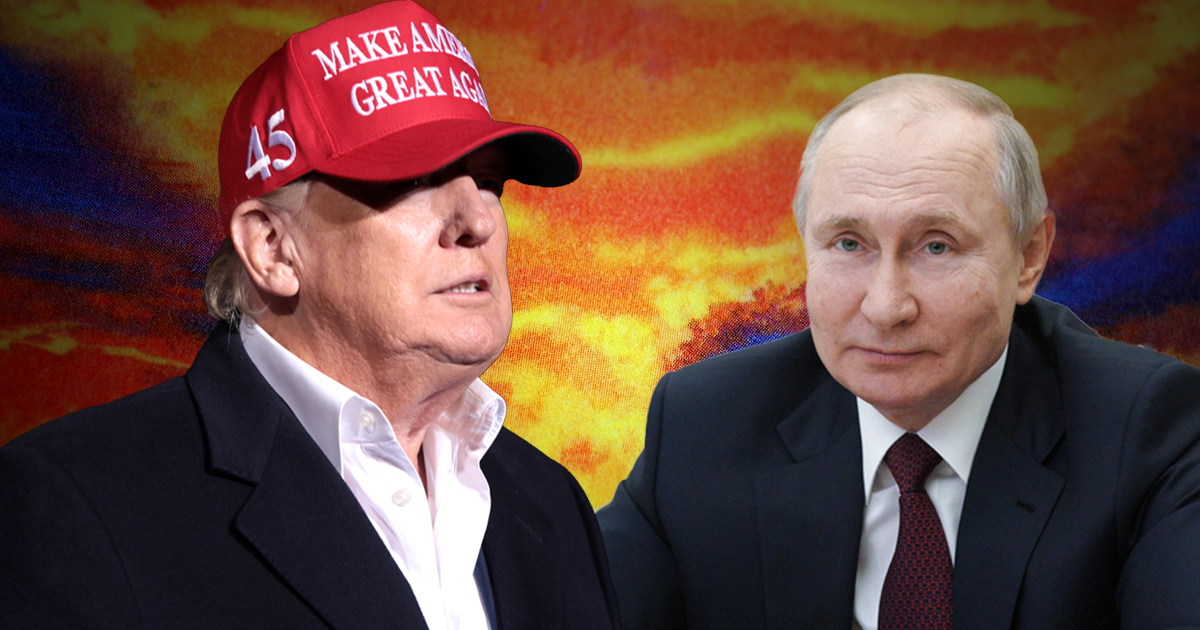 President Donald Trump warned that Americans “should be scared” of the prospect of nuclear war thanks to the Biden White House’s foreign policy, which the 45th President added is a consequence of “a fraudulent election.”

In an appearance on the Full Send Podcast, the 45th President warned that both nuclear warfare and World War III are possible due to the “incompetent people” running the Biden White House.

After one of the hosts raised the prospect of nuclear war with Russia, President Trump said he believes there is cause for Americans to feel fear.

“You should be scared,” said President Trump. “Because we have incompetent people heading up our country who frankly got there through a fraudulent election.”

“So yes, you do have a chance of World War III, because our country is not respected any longer.”

The 45th President then discussed Joe Biden’s public statements regarding Russia, and described them as reflecting weakness on behalf of the United States.

“It’s such a sign of weakness,” said President Trump. “Yes, they’re a nuclear power, but so are we.”

“You know, I rebuilt our nuclear arsenal, it’s bigger and better and stronger than ever before. We had to renew things that were 40 and 45 years old,” the 45th President added. “I didn’t want to do it, but we had to do it, because we had no choice.”

President Trump says the threat of nuclear war is very possible because of incompetent people that’s there because of a fraudulent election. There’s a chance we could see World War III because our country is no longer respected. pic.twitter.com/1PMFbyIlC1

The full episode of the Full Send Podcast featuring President Trump is available on YouTube.

This remark follows President Trump’s recent recollection of a conversation he shared with his Kremlin counterpart, Russian President Vladimir Putin.

“If you move against Ukraine while I’m president,” President Trump reportedly told Putin, “I will hit Moscow.”

According to the New York Post, Putin reportedly scoffed, “No way,” prompting President Trump to respond that “All those beautiful golden turrets will be blown up.”

President Trump’s recollection of the conversation was later captured on video during a phone call with professional golfer John Daly.

President Trump spoke to Daly, who used his phone’s speaker to allow those around him to hear. One bystander then recorded the conversation.

“He was a friend of mine, I got along great with him,” the 45th President told Daly. “I said, ‘Vladimir, if you do it, we’re hitting Moscow.'”