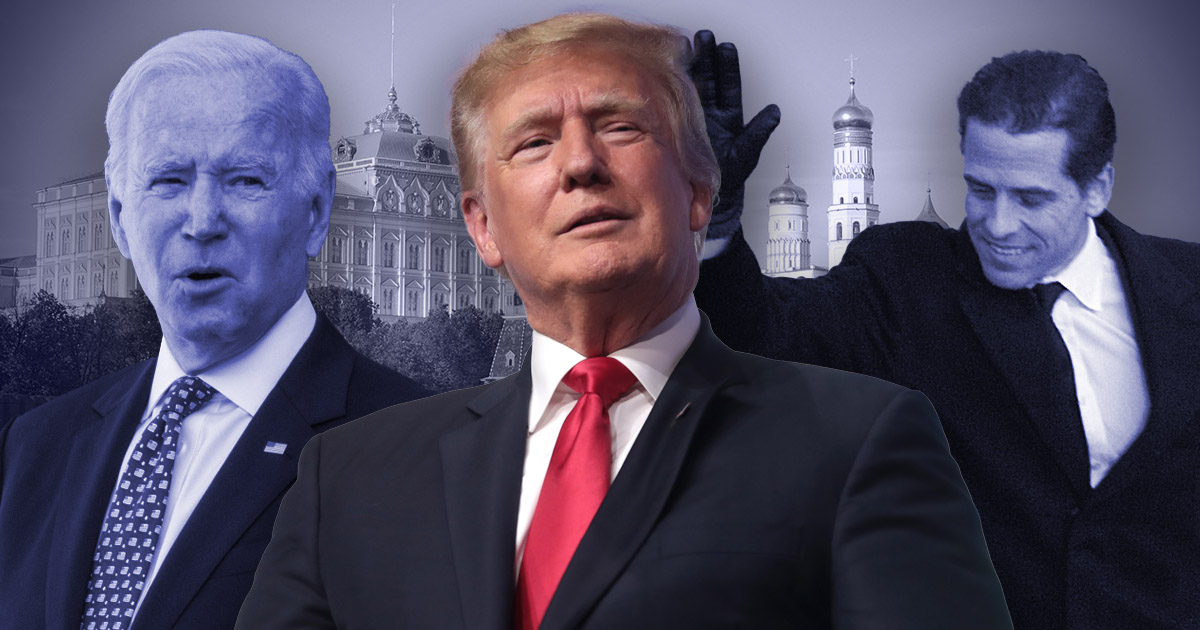 The Russian government placed sanctions against President Joe Biden today in reprisal for the series of U.S.-led sanctions placed on Putin, his associates, and Russia. Upon hearing the news, Biden’s predecessor, President Donald J. Trump, issued a statement reminding Americans of the alleged business relationship between Hunter Biden and the Mayor of Moscow’s wife.

“While that is a terrible thing, in so many ways, perhaps it will now be explained why the Biden family received 3.5 million dollars from the very wealthy former Mayor of Moscow’s wife.”

Trump then noted that he attempted to ask Biden about this business relationship during one of the presidential debates, but had the line of questioning stunted by then-Fox News host Chris Wallace.

“During our Presidential Debate, ‘moderator’ Chris Wallace, then of Fox, would not let me ask that question. He said it was inappropriate,” wrote Trump. “Perhaps that’s why Biden has been so ‘slow on the draw’ with Russia. This is a really bad conflict of interest that will, perhaps now, be fully and finally revealed!”

Wallace has since left Fox News, and was slated to star in a CNN show on its new streaming platform. With Jeff Zucker’s abrupt departure from the left-leaning network and rumors of a format change under the new management, Wallace’s current future at the network is unknown.

That company, which is ostensibly related to Rosemont Seneca Advisors in some fashion, received $3.5 million from the wife of the late Mayor of Moscow in 2014, according to a Senate investigation released in 2020.

That woman, Yelena Baturina, is a London-based billionaire. Forbes listed her as the richest woman in Russia until February 2020, with her fortune estimated at $1.2 billion.

In 2010, WikiLeaks published secret cables that revealed the US Ambassador to Russia, John Beyrle, reported allegations that Baturina had links to organized criminal groups in Russia, and accused her husband, the now deceased Yury Luzhkov, of being at the top of a “pyramid of corruption.”

Hunter Biden and the Biden family, meanwhile, deny the claim that they received this money.

This was good enough for a fact check conducted by CNN in 2020, and apparently no one has questioned the odd name choice of Rosemont Seneca Thornton, or been able to uncover what – if any – business relationship exists between the two companies.

Ironically, Trump was regularly accused of having ties to Russia throughout his presidency. Those ties became subject to a years-long investigation regarding Russian interference in the 2016 election.

Biden has yet to be subject to any such investigation, and no law enforcement agency has accused Biden or his son of wrongdoing.

Russia invaded Ukraine last month after years of conflict over the disputed Donbass region. Russia claims it launched an offensive against its neighbor to protect ethnic Russians from Ukrainian state violence, while Ukraine and the international community say the Russian attack was completely unprovoked.