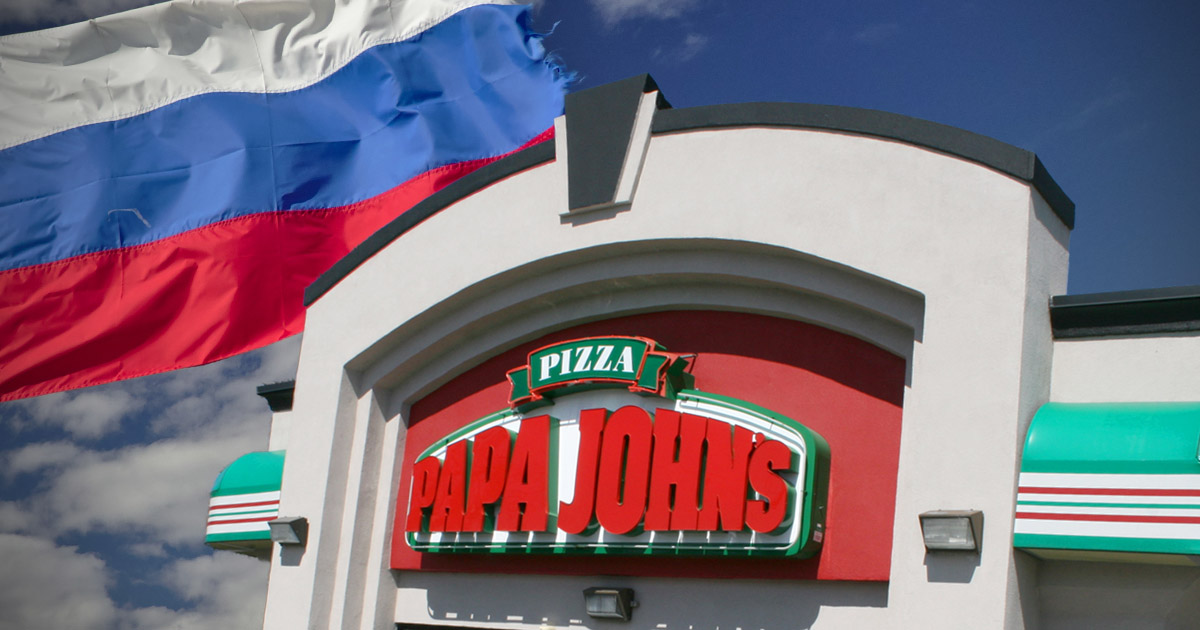 Nearly 200 Papa John’s locations remain open in Russia despite intense Western backlash against the country following its invasion of Ukraine, per the New York Times.

The company – which ousted its eponymous founder after it was discovered he once used a racial epithet – said the decision was made in solidarity with Russians who are against the invasion.

And it helps that they like a good pie.

Papa John’s CEO Christopher Wynne said he believes Russians are “clearheaded and understand the dark gravity of the situation they’re in.”

Still, said Wynne, “At the end of the day, they appreciate a good pizza.”

Wynne suggested that his refusal to shut down the Russian storefronts may be seen as a stance against Russophobia, the irrational hatred or fear of Russians because of actions taken by a select few.

“The best thing I can do as an individual is show compassion for the people,” said Wynne, “without judging them because of the politicians in power.”

This decision has been “supported by the vast majority of our team members, franchises, customers and communities around the globe,” the pizza giant said in a statement.

Still, the company did shut down its corporate operations in Russia, reported The Hill. They join the majority of other Western businesses in that act, including fellow fast food giant McDonald’s.

The company’s decision to oust its former CEO, John “Papa John” Schnatter, was considered an example of cancel culture by many on the political right. He spoke at CPAC earlier this year.

Schnatter resigned from his position in June of 2018 after a forced apology due to a racial epithet he used on a conference call the previous month.

“Colonel Sanders called blacks n******,” bemoaned Schnatter in the fateful May call. He was denouncing KFC’s long-deceased founder and current mascot as a racist.

Schnatter put forth a statement acknowledging the “inappropriate and hurtful” language he used and said that “Regardless of the context, I apologize.” Regardless of his apology, he resigned amid pressure.

It appears Papa John’s is now unwilling to cancel the nation of Russia.