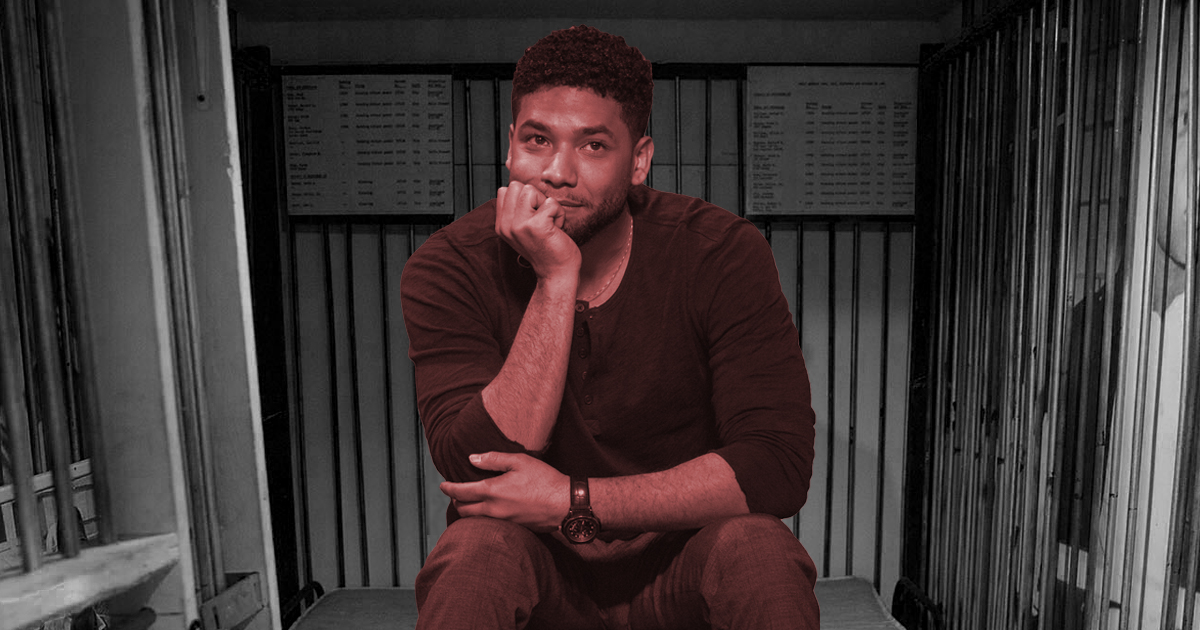 Disgraced former “Empire” actor and confirmed hate hoaxer Jussie Smollett has officially been sentenced regarding the fake hate crime he staged in 2019.

Previously convicted of staging a racist, homophobic attack on himself – in which Trump hat wearing extremists supposedly attacked him during an extreme freeze in Chicago, Illinois when Smollett went out for Subway after midnight – Smollett appeared in court to face sentencing today.

Judge James Linn sentenced Smollett to 30 months federal probation, and $126,000 in restitution to the City of Chicago for wasting police resources. He was also fined $25,000 for wasting the city’s resources.

Smollett will spend the first 150 days of his 30 month sentence in jail beginning immediately, per the judge’s order.

As the judge gave the sentence, he noted that Smollett dealt lasting damage to his own reputation with his criminal acts.

“Your very name has now become an adverb for lying,” Judge Linn told Smollett. “Pulling a Jussie … I can’t imagine anything worse than that.”

Judge to Smollett: your very name now has become an adverb for lying … pulling a Jussie…I can't imagine anything worse than that.

Speaking to the court at sentencing, Smollett was accused of theatrics when he again declared his innocence.

Smollett removed his face mask, rose dramatically to his feet, and declared that he is not guilty and that he is “not suicidal.”

WATCH: After sentencing, Jussie Smollett rose to his feet to again declare his innocence.

He added, “I am not suicidal!”

Originally, charges were filed against Smollett in March of 2019. These charges were soon dropped, with many in Chicago and across the nation suspecting that the Democrat political machine in Chicago played a role.

Soon after, WGN9 reports that Cook County Judge Michael Toomin determined that a special prosecutor should be assigned to case. Ultimately, this led to a new set of disorderly conduct charges for Smollett, finally resulting in his present conviction and sentence.

A litany of mainstream politicians and news pundits believed and repeated Smollett’s lies immediately after his crime. Among them were future Vice President Kamala Harris.

According to Harris at the time of the attack, Smollett “is one of the kindest, most gentle human beings” she’s encountered.

She said the hate hoax concocted by Smollett “was an attempted modern day lynching.”

Harris has yet to comment on her promotion of what later proved to be a hoax.

.@JussieSmollett is one of the kindest, most gentle human beings I know. I’m praying for his quick recovery.

This was an attempted modern day lynching. No one should have to fear for their life because of their sexuality or color of their skin. We must confront this hate.

Smollett was written out of “Empire” after his phony attack was confirmed a hoax, and told the court that his actions derailed his acting career.

This is a breaking news story and may be updated with additional information.