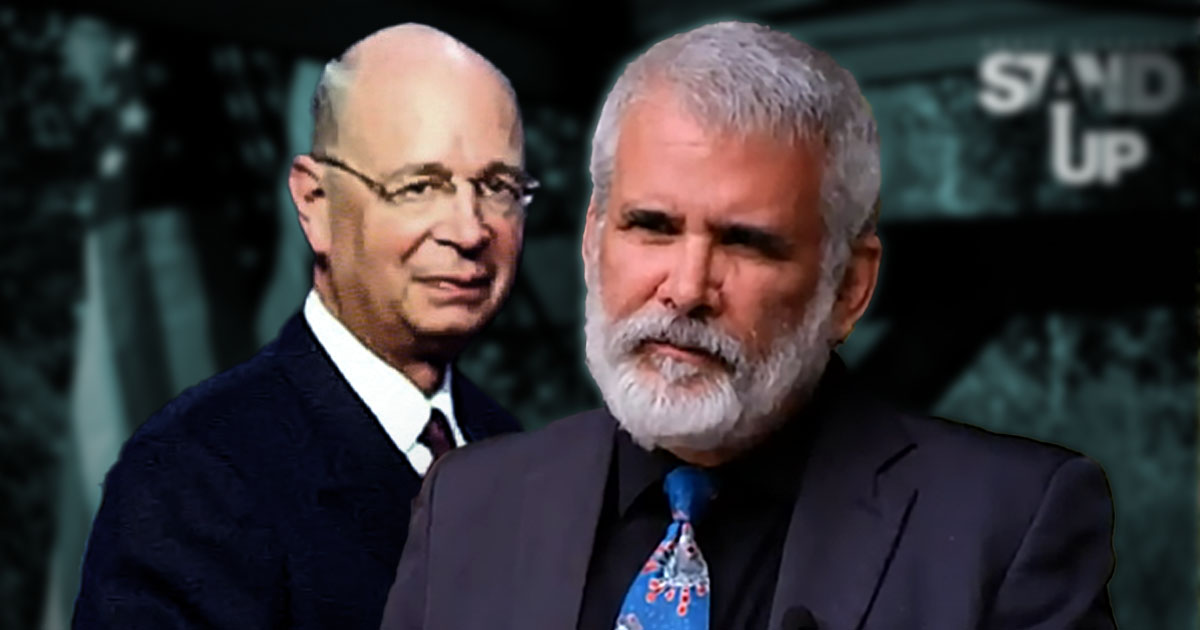 Last weekend on March 19 while being interviewed at an event with Stand Up Santa Barbara in California, Dr. Robert Malone condemned the activities of the World Economic Forum (WEF), headed by globalist billionaire Klaus Schwab.

During the interview, Malone detailed his belief that the U.S. has a “critical mass of people” that are skeptical and “not so susceptible” to attempts to silence him, apparently referring to recent attempts from large corporations, media companies, and Big Tech to censor those who share his claims without disavowing or criticizing them following his appearance on The Joe Rogan Experience podcast.

Malone said he believes Americans are “increasingly comfortable with speaking out” against the censorship.

Malone is credited by his supporters as the inventor of the mRNA vaccine technology used in the COVID-19 vaccines, though others dispute the level of involvement Malone had in the field.

He said that “as somebody who is a dissenter, it’s crucial that you continue to dissent and speak out” or else “that fraction of the population that is experiencing this hypnosis event” will be unable to break out of the phenomenon.

According to Malone’s application of the theory, a large portion of the U.S. population are “completely unable to process new scientific data and facts demonstrating that they have been misled about the effectiveness and adverse impacts” of mask wearing, COVID-19 restrictions including lockdowns, and mRNA vaccines.

“They’re kind of in denial, that’s this hypnosis,” Malone explained. “If we don’t continue, the dissenters, to speak out, they’ll go even deeper into that [and] the whole country will become more and more caught up in this mass formation phenomena.”

Dr. Robert Malone said he believes COVID-19 is a “skirmish” and part of a bigger power grab from Klaus Schwab and World Economic Forum-tied elites

Many experts disagree with Malone’s suggestion that some Americans are overly concerned about COVID-19.

Malone then explained that the COVID-19 pandemic, in his view, is a “skirmish” in the fight against a rising political threat in America and other Western nations, pointing out that the “real challenge” comes from individuals in governments and institutions with links to Schwab’s WEF.

“The list is enormous, and it’s not just in politics,” said Malone. “They are in banking. They’re all over in tech,” Dr. Malone said.

He then asserted that the “clear” agenda being pushed by the WEF-tied leaders is “not in line with the U.S. Constitution.”

“Those folks are invested in a worldview that believes the nation-state is obsolete,” Malone asserted. “They are actively trying to advance the cause of a one-world government that will supplant national governments.”

“I really do feel that this COVID situation is just a skirmish, and the bigger battle is against censorship and control, and a growing global totalitarianism,” he concluded.

Malone’s full remarks were posted to Rumble by Stand Up Santa Barbara.

Recently, the World Economic Forum severed ties with Russia and President Vladimir Putin in reprisal for that country’s “special military operation” in Ukraine that is widely seen as a military invasion.

Prior to this expulsion, Putin repeatedly spoke at World Economic Forum events.